‘N Chandra told me, “Arree yaar, don’t get heavy on me now! This is a Hindi movie so leave your logic at home”.’

Mohan Kapur never had the ‘audacity to dream of going to Hollywood‘.

Yet, he has become a household name across the globe, thanks to his recent stint in Ms. Marvel.

Indian television fans know Kapur from back in the day when he hosted a game show called Saanp Seedi.

Kapur has come a long way from doing films like Beqabu and Aangarey to his latest, Sadak 2.

“I went on to do several films with Vikram Bhatt, like Raaz, Haunted 3D and Creature, laughingly pointing out to him that in all of them I was the go-to person who had a solution to all evils, be it a mantra or a silver bullet,” the actor tells Rediff.com Senior Contributor Roshmila Bhattacharya.

Oh, even I have a phobia of snakes.

So how did the game show happen?

I was in advertising then, and had left Lintas to join another ad agency, Ambience, whose MD, Ashok Kurien, had tied up with Subhash Chandra’s Essel Vision to start the first private satellite channel for South Asia, Zee TV.

One day, I bumped into Adi Pocha, who had been my associate in Lintas, in the office.

He had come to meet Ashok for Zee TV, and was surprised that despite working with Ambience, I did not know about the channel.

He presented five concepts to Ashok on behalf of UTV for the launch of Zee TV, one of them being Saanp Seedi.

It was the only one he was going to direct and he auditioned me for it.

Nobody in Zee TV or UTV wanted me, finding me absolutely obnoxious!

Yet, you went on to host it?

He threatened to scrap the show if he couldn’t get me.

We shot the first schedule of 12 episodes, using a five-camera set-up for the first time for an Indian game show.

Saanp Seedi was completely unscripted, shot start-to-finish like theatre and burst on the screen like a bomb.

Some loved me, many hated me, but once we started getting in the numbers, everyone took credit for creating Mohan Kapur. How much of the real Mohan Kapur did we see in it, given that you went on to become the surprise antagonist in Hindi films?

My brief was not to use abusive language and just be myself.

What do you recall of your debut film, Beqabu?

I was very new to the Hindi film industry at the time.

N Chandra being a big director back then, I was really excited to be a part of the film.

Coming from advertising and theatre, I would quiz my director on my character’s motivation and he would exclaim, ‘Arree yaar, don’t get heavy on me now! This is a Hindi movie so leave your logic at home and just do what is written.’

Interestingly, N Chandra had come as a guest on Saanp Seedi and he had loved my suited-booted look.

We had planned Beqabu‘s Zanjhar Khan as a dangerous businessman, along the lines of the first Die Hard villain, Hans Gruber, played by Alan Rickman.

But on the first day of shooting in Juhu (north west Mumbai), the wardrobe guy came with a thick woolen Pathani suit, telling me the character has changed.

When I spoke to Mr Chandra about my costume, he acknowledged that he had turned my character into an Afghan terrorist.

So all my prep for the scenes went out with my double-breasted suit, leaving me completely at sea.

Today, when I chance upon the film on TV, I cringe.

This comic villain is so not me. You went on to work in other Hindi films, several of them with the Bhatts.

It was during a business meeting with clients at a Worli (south central Mumbai) restaurant that I ran into composer Anu Malik.

He had been a guest on Saanp Seedi, and that day, he introduced me to Bhattsahab (Mahesh Bhatt) who promised to cast me in a film one day.

A couple of years later, we collaborated on Angaarey, which featured Nagarjuna, Akshay Kumar, Paresh Rawal and Gulshan Grover.

My performance is there for everyone to judge.

I went on to do several films with Vikram Bhatt, like Raaz, Haunted 3D and Creature, laughingly pointing out to him that in all of them I was the go-to person who had a solution to all evils, be it a mantra or a silver bullet.

Yeah, Pooja Bhatt, a dear friend, decided to cast me in the film, and Bhattsahab, who was making his comeback as a director, gave me a narration, telling me that I’d grown as an actor since Angaarey and would bring gravitas to the role.

During the shoot, he praised me, saying I was so self-assured about my craft that I didn’t need any props or ornamentation like a large staff.

Also, no false sense of ego and I was reminded of the saying that ego is the crutch we use in the absence of self-respect.

The journey goes on… 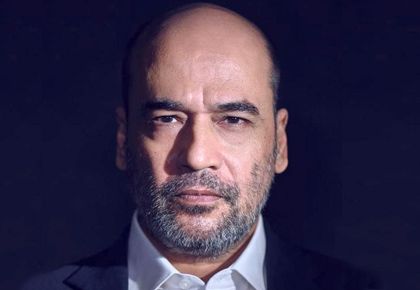 MEA has ‘no update’ on Modi-Abe meet in Guwahati

FULL TEXT: President’s address to nation on I Day eve