Sita Ramam is a subtle reminder that, in a world where you can be anything, the best thing you can be is kind, observes Divya Nair.

‘How far will you go for love?’ is a theme often repeated in love stories.

And when a love story is set against the backdrop of war, emotions are bound to run high.

Director Hanu Raghavapudi chooses to present Sita Ramam, a Telugu language period romance drama against the backdrop of the India-Pakistan conflict in the 1960s.

The story opens in the 1980s at a university in London.

Afreen (Rashmika Mandanna), a young Pakistani student, buys a bottle of whiskey to set fire to an Indian businessman’s car.

When she refuses to apologise because he is an Indian national, Afreen is given two choices — to compensate him for his loss within a month or be rusticated from her college.

Afreen decides to reconcile with her grandfather, hoping he’d help her with the money.

To her dismay, her grandfather, with whom she hadn’t been in touch, has passed away, leaving behind a fortune she can inherit only if she accomplishes a task.

She has to find a woman named Sita Mahalaxmi (Mrunal Thakur in her Telugu debut) and hand over a letter written to her 20 years ago by an Indian soldier named Ram (Dulquer Salmaan).

Afreen travels to India to find the elusive Sita Mahalaxmi and, through her, she discovers the hero of the story, Lieutenant Ram.

Sita and Ram’s story takes us to 1964, when Ram saves a group of Kashmiri Hindus from a riot incited by Kashmiri Muslims and unites the two groups.

For his sensitive act of humanity, he is hailed as a national hero.

Following an interview with All India Radio, where Ram confesses he is an orphan, he starts receiving countless heartwarming letters from people across India.

While some address him as their son and brother and send him sweets and blessings, Sita introduces herself as Ram’s wife.

Even as Ram is thrilled by the thought of having someone who cares for his well-being and longs for this love, he cannot contact Sita because there is no address to reply to.

As the days pass, one of Sita’s letters brings them together in the most unexpected fashion.

What is written in that letter?

Does Ram meet his Sita?

What does Destiny have in store for the couple?

Although the plot is predictable, Sita Ramam is as engaging as its characters.

If Rashmika and Tharun Bhascker play the role of Hanuman to unite Ram with his Sita, Dulquer and Mrunal keep the story alive with their breezy romance and heart-wrenching moments of unrequited love, longing and separation.

When Dulquer introduces himself as Charlie (a doff to his 2015 film), it brings up a smile; you also end up drawing parallels with his previous films in which he enjoyed playing the adventure-seeking mystery boy (Neelakasham Pachakadal Chuvanna Bhoomi, Bangalore Days and, of course, Charlie).

Much as he may hate to be called a romantic hero, and despite trying hard to break free from the image that made him so popular, DQ can’t ignore his quintessential skill.

Five years after Solo, he proves he can pull off a mature romance while retaining his innocence.

Mrunal is equally brilliant as his love interest, displaying ample restraint in the emotional scenes as she takes you on an empathic ride through her varying emotions of love, longing and helplessness.

The writing is crisp; the dialogues are good.

The screenplay is stunning and, combined with music and background score by Vishal Chandrasekhar, you are in for an audio-visual treat.

Even for a fictional run-of-the-mill story, Sita Ramam is poignant and relevant because of period the film is set in and the circumstances faced by its characters.

The film may be banned in certain nations and some of us may be tempted to skip it because it’s just another love story, but those who watch it will perhaps applaud the makers for the sensitive portrayal of two neighbouring nations that are in conflict with each other and their people; it offers hope that, even in the most testing of times, love can triumph over hate.

Sita Ramam is a subtle reminder that, in a world where you can be anything, the best thing you can be is kind. 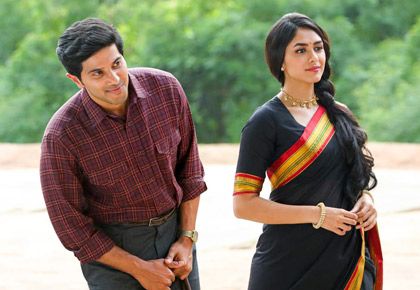