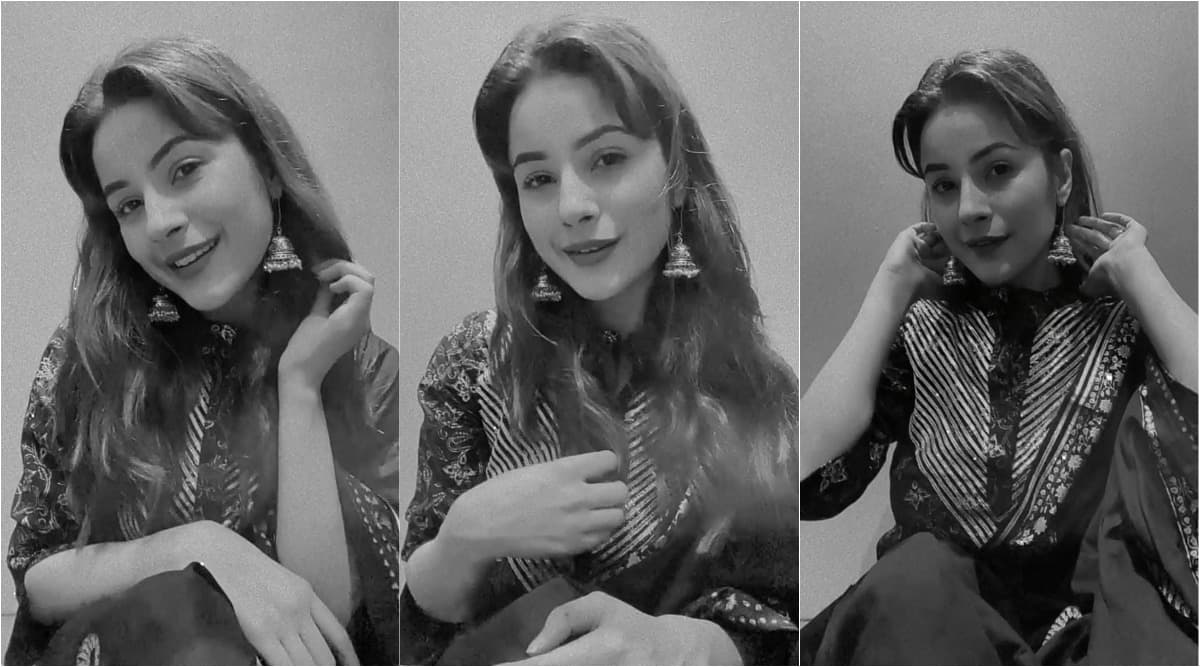 Trust Shehnaaz Gill to keep her fans entertained with her various avatars. In a new Instagram reel, the singer actor has flaunted her desi look, leaving her followers impressed.

Grooving to Harshdeep Kaur’s 2015 song “Jutti Kasuri”, Shehnaaz is seen dressed in a traditional salwar suit, paired with jhumkas. She also used a black-and-white filter on the video, adding to the old world charm. From playing with her hair to posing and smiling at the cameras, the Bigg Boss 13 star wins heart in the new video. Her fans were equally effusive with their compliments, calling her ‘gorgeous’.

As soon as Shehnaaz Gill shared the video, fans were left in a frenzy as they dropped messages on her post. While one of her followers wrote, ” ❤️soooooo gorgeous,” another added, “So beautiful girl Love you lot🔥🔥🔥😍😍.”

On the work front, Shehnaaz wrapped up the shoot of her first big film “Honsla Rakh” with Diljit Dosanjh. In a recent live session, she told fans that while she has a few projects lined up, she is not allowed to speak about them. Recently, she featured in a promotional video for Amazon Prime Video’s LOL: Hasse Toh Phasse along with good friend Sidharth Shukla. Shehnaaz also turned producer for brother Shehbaz Badesha’s music video “Little Star”.

As readers would know, Shehnaaz Gill started her career as a singer and actor in Punjab. She became a sensation with her participation in Bigg Boss 13. Her chemistry with co-contestant Sidharth Shukla was also much loved.

When Bollywood made EVIL So Much FUN!

Countess Sophie: Menopause ‘should be a liberation, but it feels like a shackle’