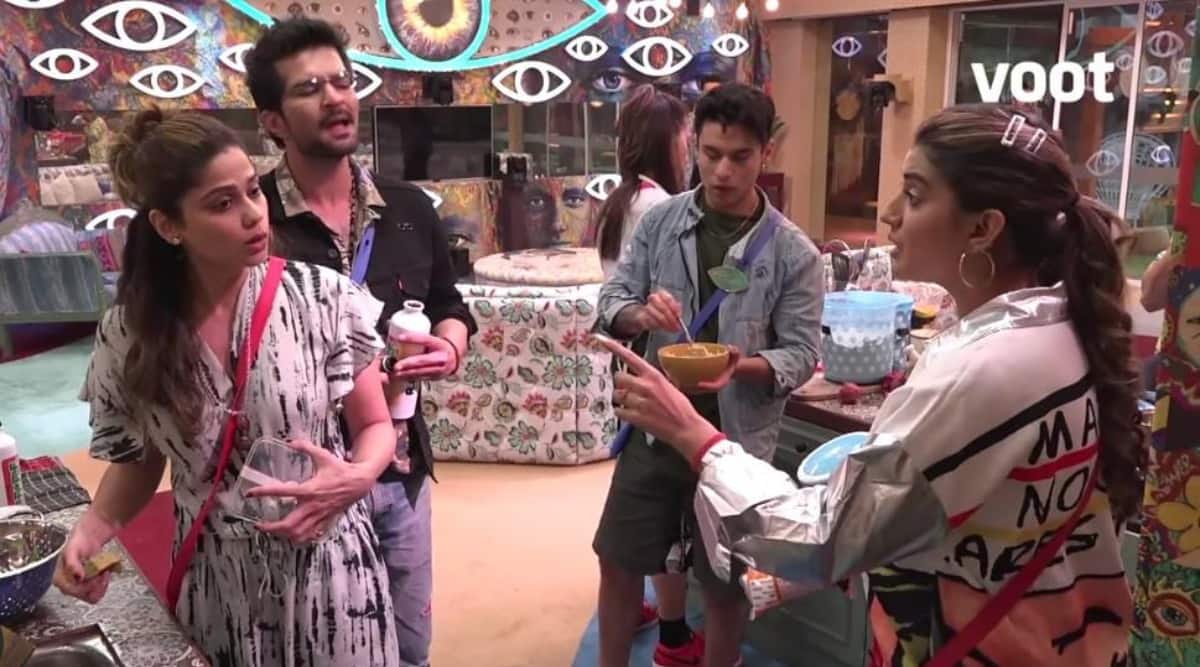 Bigg Boss OTT is turning out to be truly over the top. In just a week, contestants have had several showdowns and one person who seems to have locked horns with most housemates is Shamita Shetty. On ‘Sunday Ka Vaar’, Shamita was seen getting furious with Divya Agarwal after host Karan Johar revealed the latter has been gossiping about the Mohabbatein actor. And recently, Akshara Singh and her connection Pratik Sehajpal had to face the Bollywood actor’s ire.

In video clips shared by Voot, Shamita is seen getting into a war of words with Bhojpuri superstar Akshara Singh. While making food in the kitchen, Akshara had asked Shamita about salt which left her furious. As the two fought over ‘namak ka dabba’, Shamita told Akshara, “Aap baat baat pe chadd jati hain yaar (you start fighting at the drop of a hat),” to which she replied, “Main khana bana rahi hu toh kya main naukar hu (Just because I am making food doesn’t make me your servant).

In another video, Shamita and Pratik are seen having an argument. As Pratik tries to make his point, Shamita is seen repeating his sentences, leaving him irritated.

While Shamita Shetty is touted to be one of the strongest contestants this season, fans haven’t taken kindly to her behaviour. Supporting Akshara and Pratik, fans called out Shamita’s behaviour and tagged her as ‘dominating’.

“Sher hai bhai.. love you bro Pratik,” wrote a fan, while another fan posted, “Now Shamita and Ridima trying to gang up like this.” Hinting at Karan Johar going easy on Shamita last week, a user wrote, “Now its like shamitha dominating everyone after sunday war .. if this sunday karan didn’t confront shamitha thn he is definitely supporting shamitha.”

This is Shamita Shetty’s second stint on Bigg Boss, after she had quit the show mid-way in season 4 due to personal reasons.

Who is Surbhi Rana?