Shah Rukh Khan's daughter Suhana Khan partied with friends in New York, and her photos are storming the internet. Suhana Khan is living her best New York life. Some beautiful and goofy pictures of Shah Rukh Khan’s daughter have appeared on social media from a couple of days ago. One of Suhana‘s friends, Orhan took to Instagram to share photos of their party for the Super Bowl.

He also shared a few pictures on his Instagram stories. 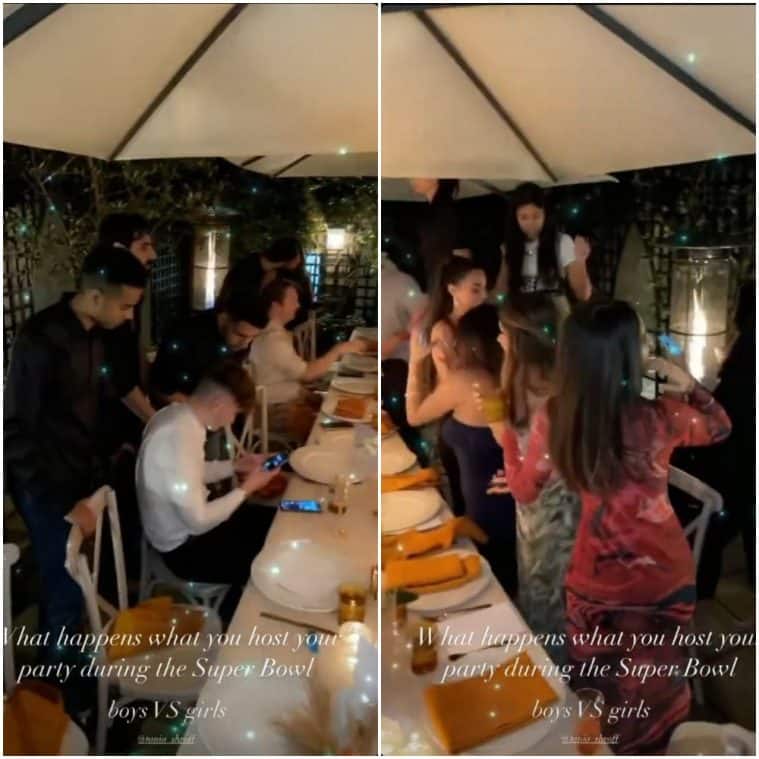 The 21-year-old diva too shared a picture of herself in a beautiful blue dress on her Instagram stories. With her picture, Suhana shared a blue heart emoticon.

Suhana is currently living in New York and is studying filmmaking at the New York University. She has participated in several plays and has also acted in a short film titled The Grey Part of Blue. Though she is yet to make her Bollywood debut, Suhana enjoys a huge fan following on social media.

Meanwhile, her superstar father, actor Shah Rukh Khan is in Mumbai, and has resumed shooting for his next film, Pathan. Directed by Sidharth Anand, the film also stars Deepika Padukone and John Abraham.

Sonakshi Sinha shuts up trolls, body-shamers: ‘I made it as I was and I have nothing to hide’. Watch video