One of the world’s most famous diamonds, the Koh-i-noor has a fascinating history that dates back 5,000 years.

It was discovered in the Kollur mines in Andhra Pradesh’s Golconda region.

Named the Koh-i-noor, which means ‘mountain of light’, this illustrious diamond was owned by many rulers, starting with Alauddin Khilji in 1310 AD.

Thereon, how it was passed on from one Mughal ruler to another and how it ultimately landed in London, England, is what the docuseries explores in depth.

Hosted and narrated by Manoj Bajpayee, Secrets Of The Koh-i-noor is informative, engaging and easy-to-understand.

The makers have made the documentary interesting by using animation to carry forward the storytelling.

The first episode focuses on the Mughal rulers, who managed to capture the diamond but also faced the consequences of doing so.

The show also talks about the period when the Koh-i-noor went missing for 100-odd years and then suddenly came back into the limelight and the history books.

A lot of compelling facts are highlighted in the show, making the documentary even more arresting, especially if you love history.

In the second episode, Bajpayee takes us through the Koh-i-noor’s journey from Punjab to London.

Yes, the diamond was a prized possession of Maharaja Ranjit Singh, who wore it on his turban.

It not only brought him more wealth but is believed to have brought him luck as well; the warrior king never lost a battle until his death.

Later, the Britishers manipulated his five-year-old son Duleep Singh into giving away the Koh-i-noor to Queen Victoria.

Over the course of 90 minutes, experts and historians give their valuable opinion on the Koh-i-noor’s history and its exciting journey from India to England.

At the end, it’s quite clear that no matter where the diamond stays, it belongs to India.

The story of Koh-i-noor is an important part of Indian history but, sadly, is not mentioned in our textbooks.

Secrets Of The Koh-i-noor is a good watch.

The documentary is well-made, fast-paced and entertaining.

Manoj Bajpayee is a terrific narrator and commands your attention throughout the series.

His diction is fantastic, his command over the Hindi language and Urdu couplets is effortless and his instinctive pausing adds drama and excitement to the storytelling.

Just like acting, narrating a powerful story effectively is an art that Bajpayee excels at.

Secrets Of The Koh-i-noor streams on Discovery+. 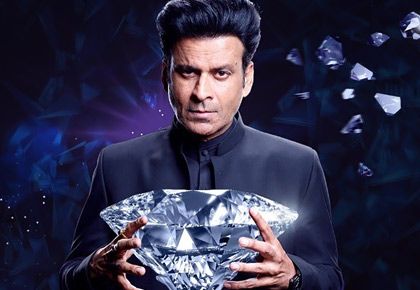 ‘Fantastic Beasts 3’ titled ‘The Secrets of Dumbledore,’ set to release on April 15 in 2022

Jimmy Sheirgill: Apart from being a thriller, Your Honor is also an emotional series

‘A sense of hesitancy, fear may be there when sport resumes’: Rahul Dravid