John Abraham's upcoming film Satyameva Jayate is an action-thriller film that highlights the problem of corruption in our society.

Actor-producer John Abraham, who has been doing patriotic films for a while now, feels that the world has now become a dangerous place to live in. During the promotion of his forthcoming film Satyameva Jayate here on Thursday, he said, “The whole world is getting polarised. Now if something goes wrong, people start blaming a particular community. By communalising, we are only creating fringe elements in the society. After becoming fringe elements, people become extremists. So it is us who are creating terror.”

Satyameva Jayate is an action-thriller film that highlights the problem of corruption and other issues prevailing in our society. In the trailer, John can be seen delivering strong dialogues on religion and corruption.

Asked about lynchings and killings happening in the country in the name of religion, John’s co-star Manoj Bajpayee said, “People have started making religion a joke. I also believe in religion. Everyone has his or her own belief, but instead of making a joke out of one’s religion, one should respect and protect his or her religion.”

Manoj also expressed his anger on the Kanwar incident that involved dozens of Shiva devotees turning violent and smashing a car here. 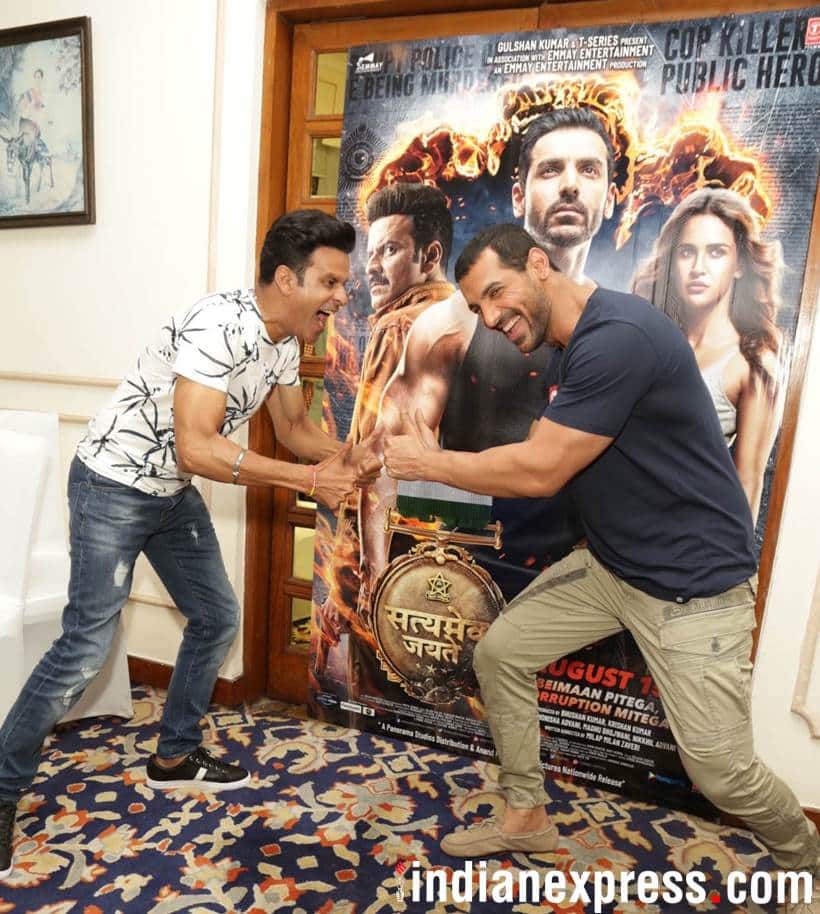 He cited his own experience. “When I was 17, I also went on this pilgrimage from Sultanganj to Haridwar to fetch holy water. It was a wonderful experience, but now what I am reading from the past two days about the incident where dozens of kanwariyas, armed with sticks, wrecked a car… makes me sick. What these angry mobs did is not my religion. My religion is what I have experienced. By doing all this, people are just mocking their own religion.”

John also expressed his concern over women’s safety in India. He said, “People get offended when someone from outside says that India is not safe for women. I also feel bad, but this is the truth. So instead of feeling bad, one should do something and make a safe place for women.”

“If you see a woman being molested, and if you ask that woman, she will feel that her clothes are being taken off even without a man’s physical touch. I feel like slapping that man. First, what is needed is to make our women feel safe.”

Satyameva Jayate will release on August 15.

Hrithik Roshan has a fanboy moment as he meets Madhuri Dixit, says he ‘aspires to be her hero’

PM Imran Khan, military generals to be responsible if anything happens to Maryam: Nawaz Sharif

[Video] Kangana Ranaut lashes out at a particule section of media, calls them pseudo-liberals and bikau | Bollywood Life