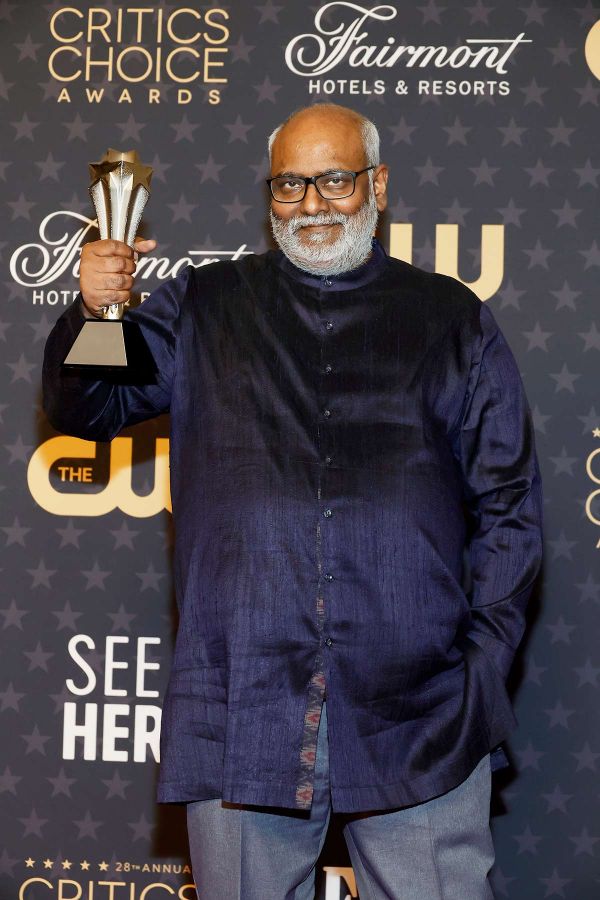 He received the trophy for Best Original Score for RRR.

He shared the evening with Cate Blanchett and Bill Nighy, who won in the Best Actor and Best Actress categories for the films Tar and Living respectively.

“It’s like living in a dream. But also every exhausting. The past two weeks have been like a mad rush of events. I am barely able to remember which function I am attending and where,” Keeravaani confesses to Subhash K Jha.

“The winners were already announced in December. I knew I was chosen for Best Music Score. I return home to India on January 18. I miss being home.” The icing on the cake was that this time, Director S S Rajamouli took home an award for Best Foreign Language Film too. Unfortunately, he lost out in the other categories that RRR was nominated in: Best Picture, Best Director and Best Visual Effects.

“Every award that Naatu Naatu is getting is special, but the Critics Choice Award is more special since RRR also won in the Best Foreign Language Film category. It was a double triumph for us. I feel elated,” Keeravaani says. 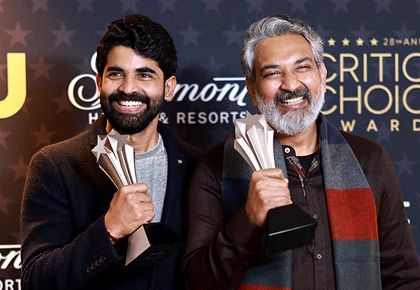 Priyanka Chopra reveals details of wedding with Nick Jonas, says guests would need a vacation after it

Who missed out on the Strictly Come Dancing 2018 glitterball trophy