A fan uploaded an interview to Instagram, where a writer reveals that Ross (David Schwimmer) was never meant to say Rachel at the altar. 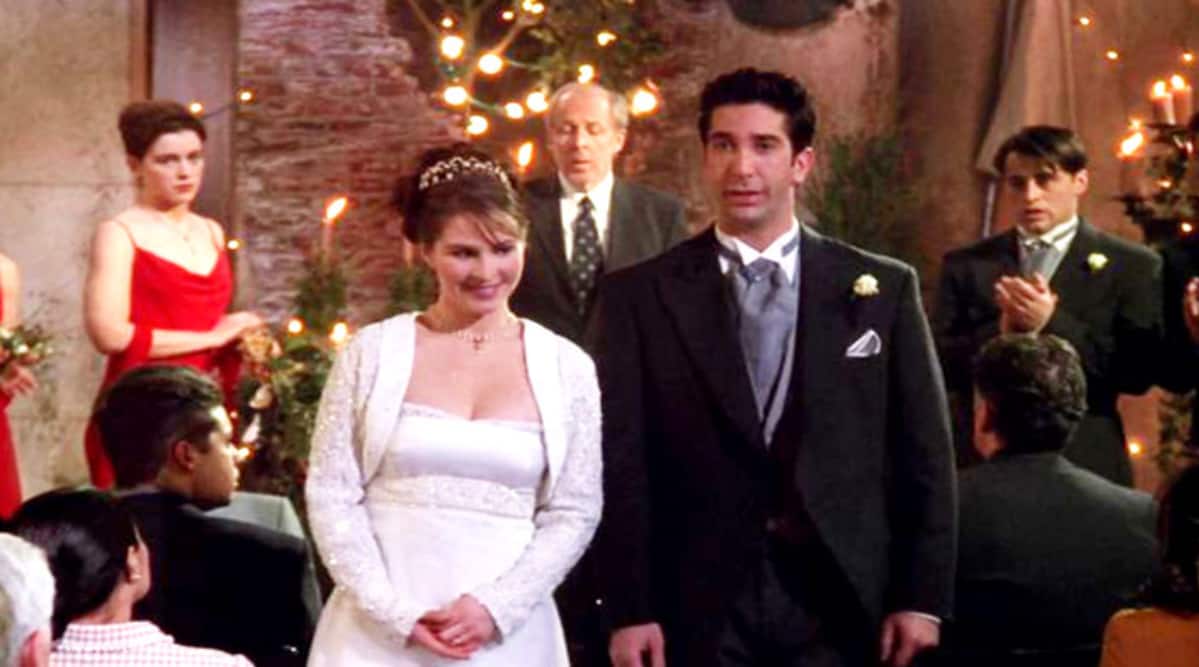 If you were from the ’90s generation who watched Friends as it was airing, then you might have suffered through one of the most harrowing cliff-hangers, and well, the most epic moments in TV history. At the end of Season 4, Ross (David Schwimmer) is all set to marry Emily (Helen Baxendale) after several obstacles, including warring parents and a broken down church. However, Rachel (Jennifer Aniston) makes it to the wedding at the last minute, and though she doesn’t confess her love to Ross as planned, it somehow meddles with his head. He makes the Freudian slip at the altar, when he says, “I take thee, Rachel,” instead of “I take thee, Emily…” ending any chance of a happily married life with Emily.

It turns out that Ross wasn’t meant to say Rachel. A fan uploaded an interview to Instagram, where a writer reveals it was never meant to happen at all. The writer said: “We never knew how it was going to end. We struggled with it, we couldn’t figure it out. And then there was one time, at a taping, where David Schwimmer walked in the room. What he was supposed to say was ‘I have the cab waiting downstairs Emily’. But he walked in and said ‘I have the cab waiting, Rachel’.

Schwimmer apologised, ‘Shoot, sorry, let me start again.’ “And then he ran out, we kind of went, that’s how it should happen,” the writer said.

The cast from Friends, Matthew Perry, Matt LeBlanc, Aniston, Courtney Cox and Lisa Kudrow and Schwimmer came together for a special reunion, which was a treat for the fans who had been waiting for over 17 years to see them together again. The friends remembered the best moments from the show, and noted how the chemistry between them was just as magical as it had been, back in the day. Friends ran from 1994-2004, and is still one of the most popular comedies today.