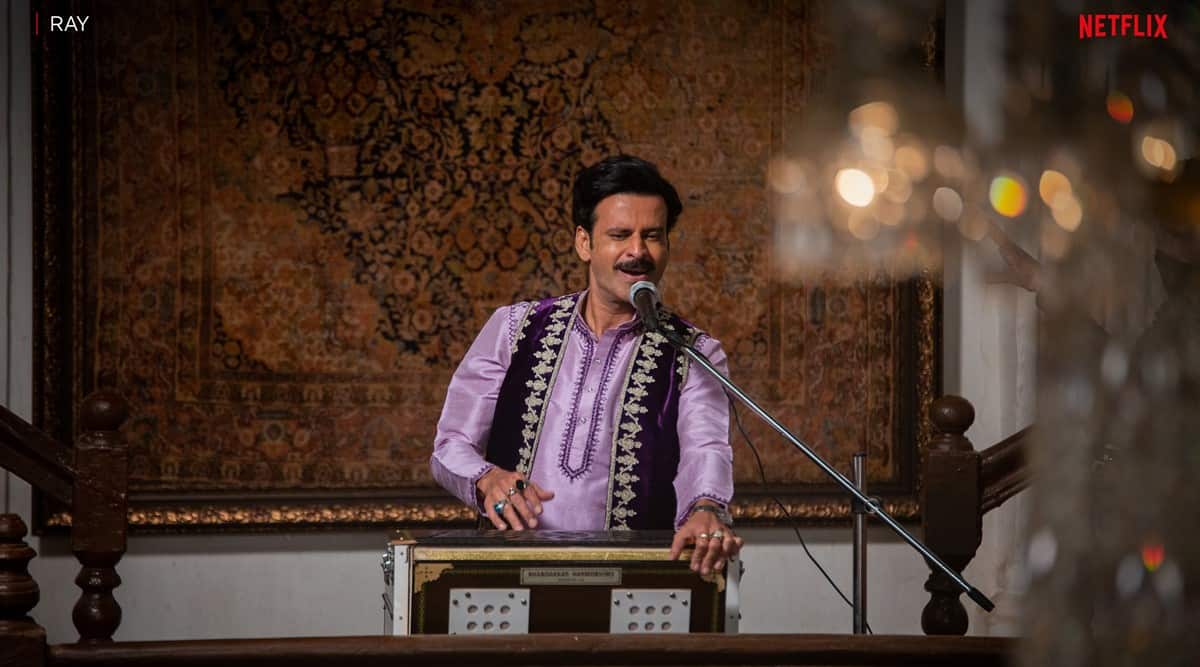 The first look of Manoj Bajpayee starrer Netflix series Ray was released on Wednesday during a Netflix-hosted event called What’s Next India. Also featuring Gajraj Rao, the show is inspired by the life and works of beloved filmmaker Satyajit Ray. An excited Gajraj Rao shared a still from Ray on his social media.

“Excited to be a part of Ray – an anthology of four passionately curated stories. Vastly varying in genres, these stories penned and inspired by Satyajit Ray, are full of thrills and a strong emotional core keeping you completely hooked till the end,” read Rao’s Twitter post. Ray is an anthology series which will feature a plethora of familiar actors such as Radhika Madan and Harshvardhan Kapoor, Ali Fazal, Kay Kay Menon, Shweta Basu Prasad, Akansha Ranjan Kapoor, Bidita Bag, Chandan Roy Sanyal, Manoj Pahwa and Raghubir Yadav among others.

The part featuring Gajraj Rao and Manoj Bajpayee has been directed by Abhishek Chaubey. Rao recently expressed his eagerness to work with Bajpayee in an interview with Pinkvilla. He said, “I was really excited to work with Manoj (Bajpayee), because I had worked a lot with him during our theatre days. I had a lot of fun working with him.”

Other segments of the anthology will be helmed by Srijit Mukherjee and Vasan Bala. Bala’s feature will see Harshvardhan and Radhika in starring roles. Each segment in the anthology is based on a story penned by the masterful Satyajit Ray. Ray is just one of the many titles the streaming giant unveiled during the What’s Next India event. Other shows and movies which will soon start streaming on Netflix include Taapsee Pannu and Vikrant Massey’s Haseen Dilruba, Arjun Kapoor and Rakul Preet Singh’s Sardar Ka Grandson, Konkona Sen Sharma’s Ajeeb Dastaans, R Madhavan and Surveen Chawla’s Decoupled.

Manoj Bajpayee was last seen in the comedy Suraj Pe Mangal Bhari alongside Diljit Dosanjh. He also has Silence, Dial 100 and Family Man Season 2 in his kitty.

Who Is Joey? Snooki’s Best Friend Makes An Appearance On ‘Family Vacation’