Rathnan Prapancha movie review: This Dhananjay-starrer is a solid feel-good movie that holds a mirror to our flaws as individuals and as a society. 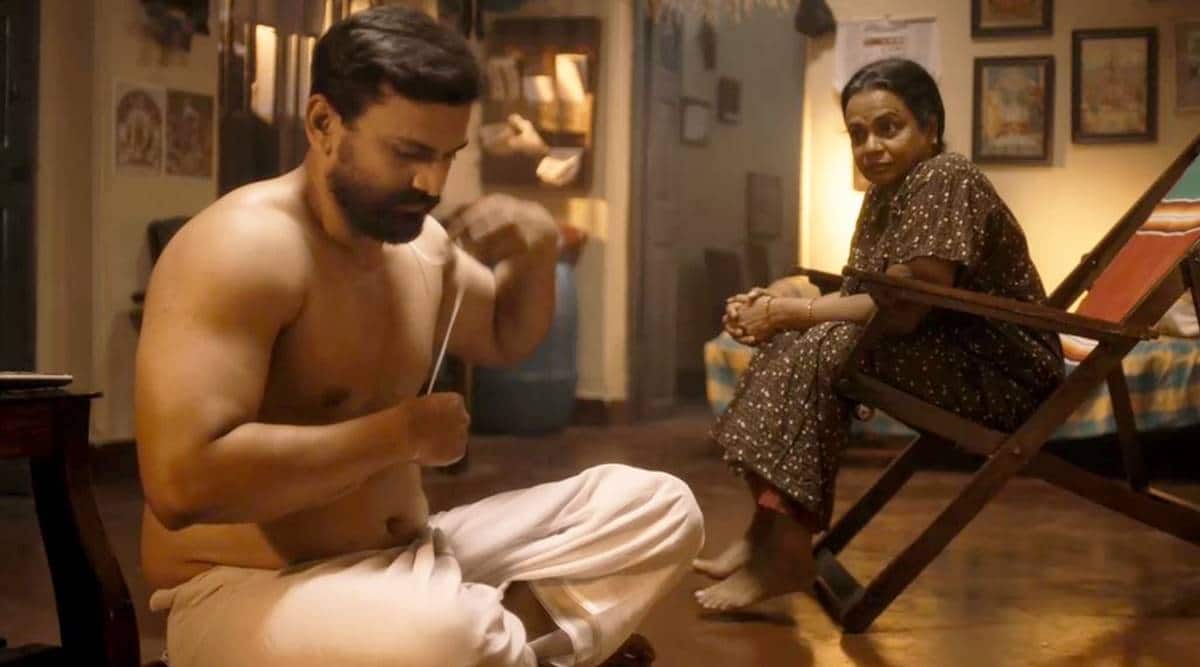 An old saying in Kannada goes, ‘Nadi moola hagu rishi moola huduka baaradu’. It means one should never go in search of the origin of a river or a saint. But, it is a primal urge of human mind to find out where we come from and where we are headed, even though we know quite well that the search takes away everything we have in the present. And yet, the eternally curious mind won’t listen. It pushes us to pursue an imaginary life of what might-have-been as opposed to humbly appreciating what we already have.

Take the case of Oedipus. He would have been better off if he had found a way to be content with being ignorant of the truth. He doesn’t pay heed to the advice of his well-wishers and his dogged perseverance in search for the truth leads to his downfall. Yes, the truth will set us free, but usually there is always an asterisk involved. Truth is always hard to digest and very likely it is only going to bring in more sorrows and agitations as opposed to setting one’s mind at ease.

We pay dearly before we learn to count our blessings. Rathnakara (Dhananjay) in Rathnan Prapancha, which means Rathna’s world, learns this lesson the hard way. Mayuri (Reba Monica John) meets Rathnakara as part of her project, which is to help people who were separated from their blood relations at a young age. She helps them to find out the truth about their origin. Mayuri tells Rathnakara his real mother gave him up for adoption when he was young and he has a younger sister.

An ever grumpy Rathnakara, who is always at odds with his mother Saroja (a wonderful Umashree), decides to follow the clues that would take him to his origin. And in the desire to expand his world, he puts his most precious blessing, his foster mother, at stake.

Director Rohit Padaki, who has also written the film, also wants to use this film to remind us that India is a land of many tongues, religions, traditions, and cultures. Rathnakara’s life is very different from his siblings. Yes, he also finds out that he has one more sibling. In his past life, he had an elder sister and a younger brother. His choice of religious belief, fashion, food habits and other likes and dislikes are very different from his siblings.

While his sister grew up in a Muslim family as Tabassum and is now settled in Kashmir, his brother Udaal Babu Rao lives like a royal in north Karnataka in the care of his doting foster mother. Except for the fact they all came from the same mother, they have nothing in common. But, that doesn’t take away the fact they are siblings. Neither Tabassum nor Babu Rao had to sacrifice his or her identity, beliefs, practices and relationships to become Rathnakara’s sibling and be part of Rathnan Prapancha.

Rathnan Prapancha is a solid feel-good movie that holds a mirror to the mistakes we commit as individuals and as parts of the society. And it also shows us what we could become if we let go of our prejudices and irrational fear of the Other and bond together as fellow humans.

While every actor in the movie has sunk their teeth into their given characters, it is Umashree as Saroja, who walks away with our admiration. She is just natural as a free-spirited mother, who overlooks the imperfections of her son and stands by him through his irritations and confusions. And Pramod Panju deserves a special mention for his performance as a loving son and village toughie.

Shah Rukh Khan gets support after son Aryan Khan’s arrest: From Shashi Tharoor to Mika Singh, who said what

‘As Gujarat CM, Modi got his caste in backward list for poll gain’: Mayawati