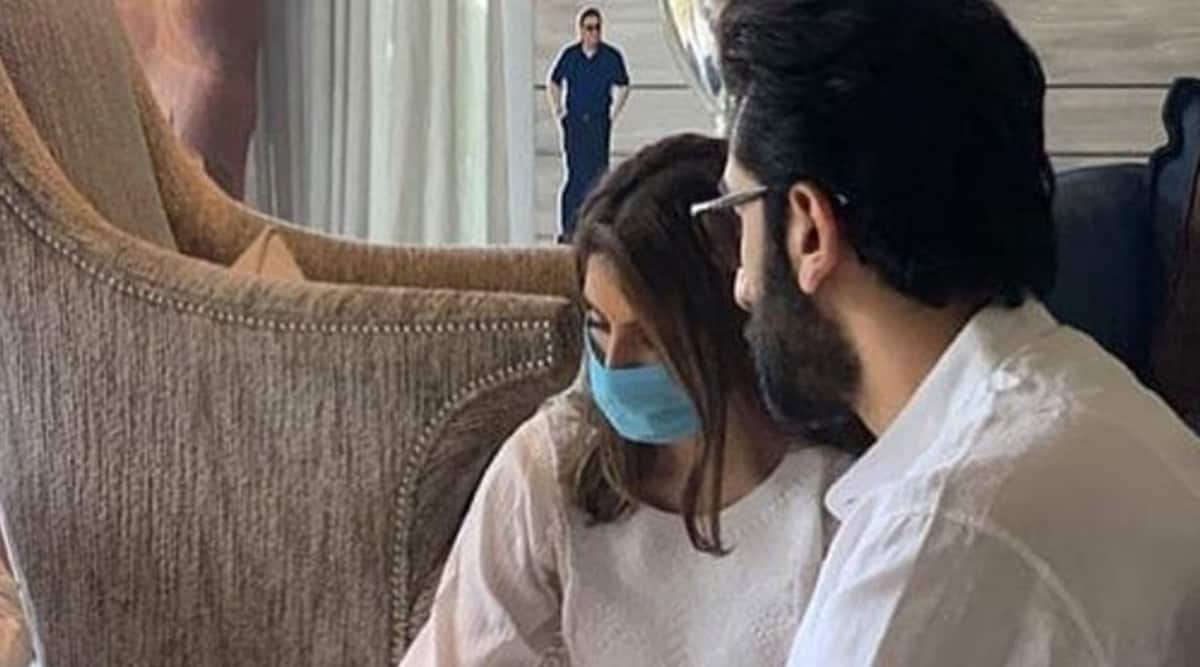 Actor Ranbir Kapoor and his sister Riddhima Kapoor Sahni attended a prayer meet in the memory of their father, late actor Rishi Kapoor. It is Rishi’s 11-month death anniversary on Thursday. Sharing a photo featuring her and Ranbir, Riddhima wrote, “Always watching over us ! We miss you ♥️.”

Ranbir, who had tested positive for the coronavirus earlier this month appears to have recovered.

On Thursday morning, Neetu Kapoor had also shared a video clip of herself and Rishi Kapoor from their last trip to New York City, where the latter was receiving his medical treatment. Neetu Kapoor shared the clip with the caption, “Since today is Rishiji’s 11 month prayer meet felt like sharing some moments from our last trip to NYC.” In the video, Neetu is seen taking a video of the pair even as Rishi insists that she should focus on their surroundings instead.

Riddhima shared a photo featuring the family and wrote, “Your love will light our way- Your memory will forever be with us! Always in our hearts ♥️.”

Rishi Kapoor had passed away on April 30 in Mumbai after fighting cancer for close to two years. The actor had died a day after his D-Day co-star and well-known artiste Irrfan Khan had passed away. Not too long ago, Randhir Kapoor had taken to the social media to share a photo of himself with his late brothers and actors, Rishi and Rajiv Kapoor. Rajiv Kapoor, remembered for featuring in the 1985 film Ram Teri Ganga Maili alongside Mandakini, breathed his last on February 9 this year.

“Will always miss my darling brothers. Hope you both are happy wherever you are,” read the post caption of Randhir Kapoor’s picture.

Meanwhile, Neetu Kapoor is back to work. The actor will next be seen in the family entertainer Jug Jugg Jeeyo, which also features Varun Dhawan, Kiara Advani and Anil Kapoor in significant parts. Neetu Kapoor was last seen in the 2013 movie Besharam alongside Rishi Kapoor and their son and Bollywood star Ranbir Kapoor.

50,000 people to be tested in Hyderabad, five adjoining districts