Rajkummar Rao shows off his body transformation for his upcoming film, Badhaai Do, along with Bhumi Pednekar. 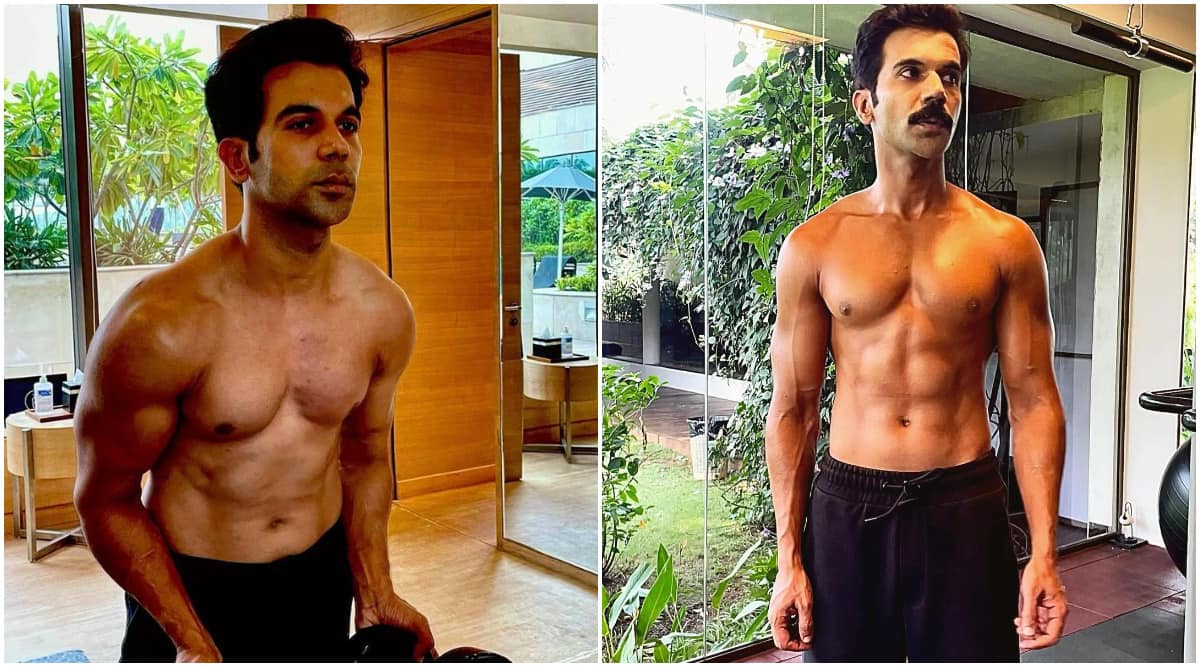 Rajkummar Rao, whose horror-comedy movie Roohi is running in cinema halls right now, is already excited for his next release, Badhaai Do. On Friday, the versatile actor showed off his chiselled body and six-pack abs, which are his looks for the Harshavardhan Kulkarni directorial. Rajkummar plays a cop named Shardul Thakur in the film.

Sharing a picture of himself posing in the gym, he wrote, “#ShardulThakur in #BadhaaiDo. Being a pure vegetarian and to strictly avoid any kind of steroids, it wasn’t easy to get this transformation but nothing seems impossible when you love what you do. #BadhaaiDo is a film which is really close to my heart and we had a blast shooting this film.”

This is not the first time that he has transformed his body for a role. He has gone through various body transformations to get into the skin of the characters that he is playing on-screen. For his critically acclaimed Trapped (2016), directed by Vikramaditya Motwane, the actor had lost 7 kgs in a span of 22 days so that he could look malnourished for his role.

For his debut web-series, Bose: Dead/Alive (2017) which was directed by Hansal Mehta, Rajkummar had gained 11 kgs to portray the role of Subhash Chandra Bose.

Badhaai Do, which is a sequel to Badhaai Ho (2018) starring Ayushmann Khurrana, Neena Gupta and Gajraj Rao starrer, marks the first collaboration between Rajkummar and Bhumi, who reportedly play a cop and a PT teacher, respectively. The stars wrapped up the film earlier this week and the film is set to release later this year.

'Big Brother 20' Spoilers: Week 9 Eviction & Battle Back On The Way, Players Look Ahead To Next Nominations