“I got the role because of Raj Thackeray,” Akshay said, revealing how he bagged the role of the legendary Maratha warrior.

“Akshay, tula ha role karayla pahije (Akshay, you must do this role),” Akshay recalled in fluent Marathi when Thackeray asked him to be a part of the film.

Set for release in Diwali 2023 in Marathi, Hindi, Tamil and Telugu, the film narrates the story of seven brave fighters (Veer Daudale Saat) in Shivaji’s army, who were tasked to kill Bijapur’s Afghan general Bahlol Khan.

Shivaji’s general Prataprao Gujar had defeated Khan in a battle near Kolhapur, the southern boundary of Shivaji’s kingdom, but soon pardoned him despite Shivaji’s orders to kill him.

Shivaji wrote an angry letter to Gujar to either kill Khan or never enter Raigad, the capital of his kingdom.

Ridden with guilt for letting his monarch down, but with a resolve to kill Khan, Gujar marched upon a 17,000-strong army of Khan with his band of six soldiers.

“It’s a dream-come-true kind of role for me, but I was taken aback when he (Thackeray) asked me to do this role,” Akshay said.

“To essay the role of the legendary Chhatrapati Shivaji is a huge responsibility. I can’t tell you how great and proud I feel,” Akshay, who played Prithviraj Chauhan in his first historical this year, added. 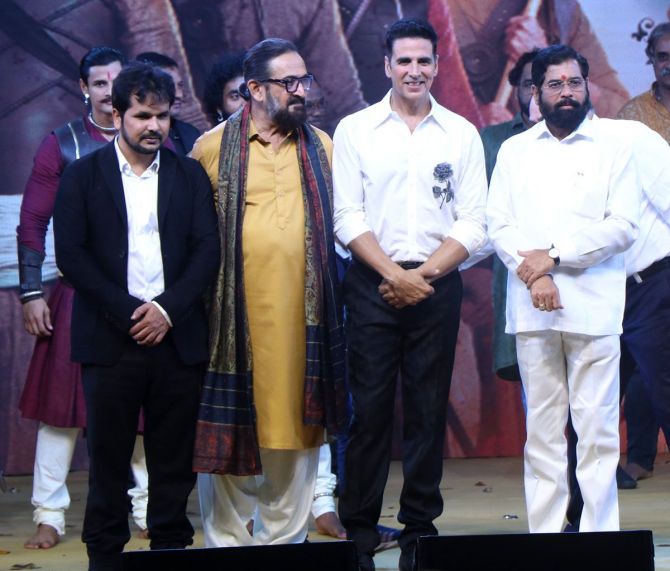 Director Mahesh Manjrekar revealed that Vedat Marathe Veer Daudle Saat was first mooted almost seven years ago, but it couldn’t reach the floors for the want of a producer who would not compromise on the vision and scale he had in mind for the epic film.

Refusing to drawn into how big the film’s budget is likely to be, Manjrekar said, “I am sure my vision for the film will not be compromised (due to budget constraints). We want our film to transcend not just state or national boundaries, We want to make a film that will have a global appeal.”

“Shivaji was a king of the ordinary people, but he had a grand vision of swarajya(self-rule). I am sure your effort will succeed,” Shinde said.

Raj Thackeray then took a swift turn to praise Manjrekar.

“If someone is really running like mad to fulfill his ambitions, it is Mahesh Manjrekar. He comes up with a new dream and new mission every time. Mahesh Manjrekar had told me about this project five years ago and I wondered how such a grand project would happen in Marathi.

“But he got a producer like him (Vaseem Qureshi of Qureshi Productions) and they are making the biggest Marathi film till now. The fact that Marathi film-making is shedding its old skin and entering a new era is thanks to people like Mahesh Manjrekar. I am confident that Mahesh and his team will successfully helm this project and bring in a new era for Marathi films,” Thackeray said. 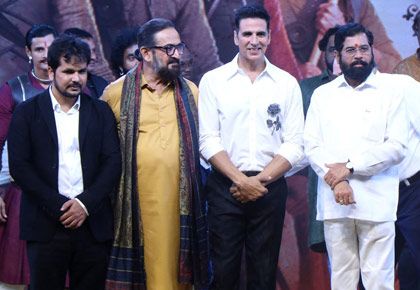 Karan Wahi: Zing Game On will showcase the unseen side of cricketers

‘We really don’t know the recipe of a hit film’

Akshay Oberoi: ‘If I could, I would just be a stay-at-home dad. I love it’

Is Marvel Studios introducing THIS superhero into MCU with Avengers: Endgame?

Saif Ali Khan on whether he feels jealous of Kareena Kapoor’s success: ‘Never. But maybe I can say she is a bit younger so…’