Rahul Vaidya and Disha Parmar, who will soon tie the knot, have taken a short trip outside Mumbai. Bigg Boss 14 finalist Rahul Vaidya is making up for all the days he stayed away from girlfriend Disha Parmar over the last few months. Rahul Vaidya shared with his fans on Friday that the much-in-love couple was leaving Mumbai for a short holiday.

Posting a picture of himself with Disha in front of a chopper, Rahul Vaidya wrote, “Chalo le chalein tumhe, taaron ke sheher mein. Off for a couple of days away from Mumbai with my cutie queen.”

While Rahul didn’t reveal the holiday destination, he did tease his fans with a video of the pair from the chopper. 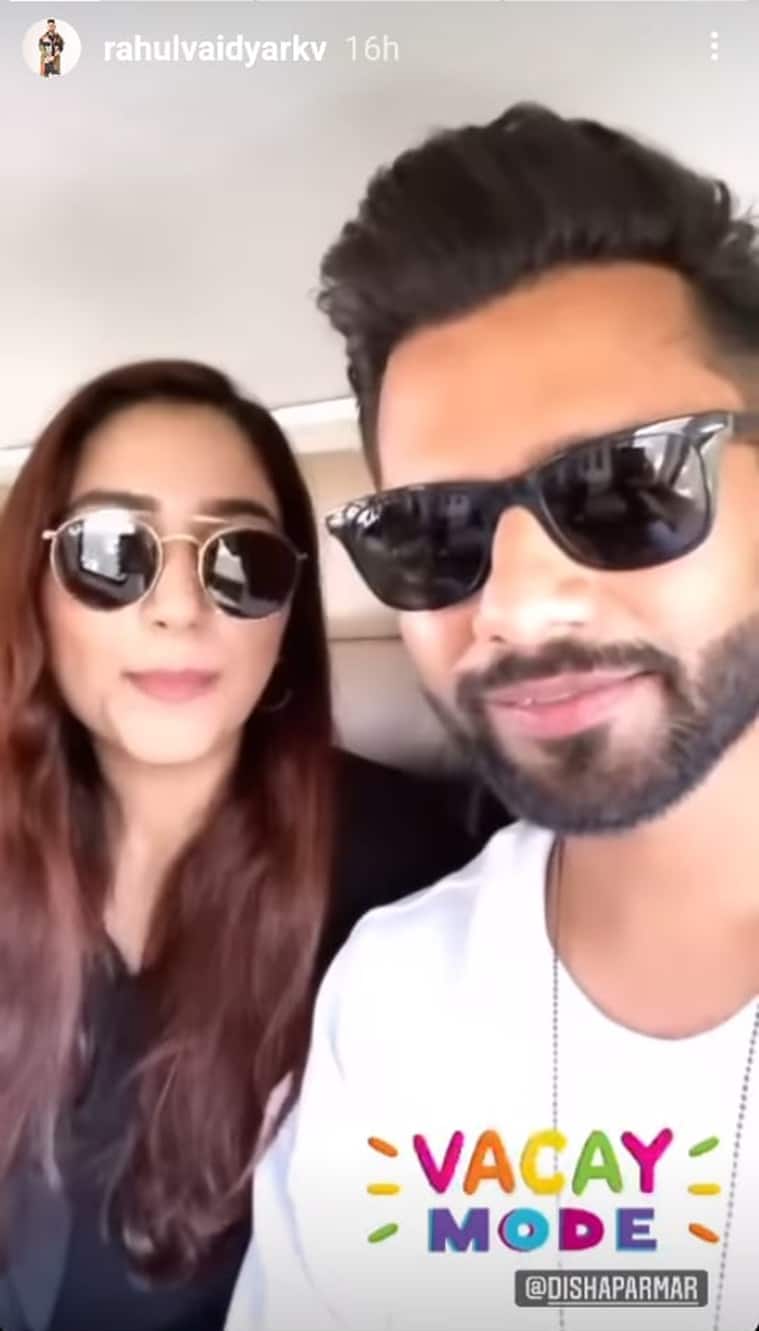 Disha also posted an Instagram story of herself wearing Rahul Vaidya’s sweatshirt. The actor wrote alongside an adorable caption, “I wear my boyfriend’s clothes.”

Rahul Vaidya and Disha Parmar have been spending whatever time possible with each other since the Bigg Boss finale took place on February 21, where the singer was announced as the first-runner up.

Rahul had proposed to Disha for marriage on the show itself, after years of close friendship. Disha, who kept mum on the proposal for the longest time, appeared on Bigg Boss on February 14 to celebrate Valentine’s Day with Rahul and give her consent for the marriage.

Both the families have been preparing for the wedding for some time now. In fact, Rahul Vaidya, in an exclusive interview with indianexpress.com last week, said that he and Disha should probably be tying the knot by June-July.

“I really don’t want to waste anymore time,” he said at the time. Earlier this week, Disha threw a party for Rahul which was attended by their close friends. A couple of days later, the couple, along with family members, was spotted leaving a restaurant after dinner.