Pavitra Rishta 2 will see Ankita Lokhande reprise the character of Archana while Shaheer Sheikh will step into the shoes of Sushant Singh Rajput. 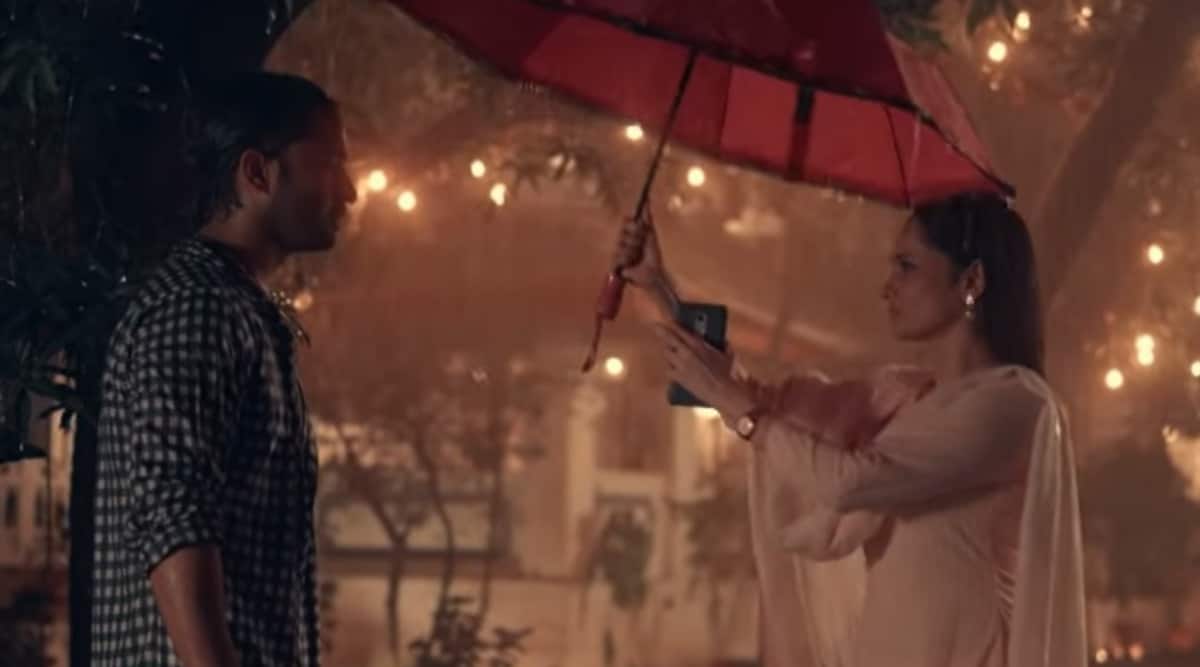 After ruling television for almost six years, Pavitra Rishta is making its comeback with a new season, this time on the digital space. While Ankita Lokhande will be reprising the role of Archana, Shaheer Sheikh will step into the shoes of Sushant Singh Rajput as Manav in this love story. The trailer of Pavitra Rishta 2 was dropped on Wednesday, and for fans of the original show, it’s going to be one emotional ride. While Ankita looks pristine as Archana, Shaheer has managed to grasp the simplicity of Manav, making them an ideal match for the show.

The trailer opens with Archana walking on the rail bridge, thinking loudly how she is okay marrying a man of her mother’s choice. On the other hand, Manav’s mother is on the lookout for a rich family for her son. She tricks Archana’s family into believing Manav is a manager instead of a mechanic and even owns a house. While the two, who seem to have fallen in love with each other at first sight, get married, Manav’s reality comes to the fore, leading to Archana’s family calling off the wedding.

The trailer further gives a glimpse of how the deceit leads them away, but the lovers fight for their relationship. But will their love be enough to fight all odds? We will have to wait and watch the series to know more. An eight-part series, Pavitra Rishta 2 will premiere on ZEE5 on September 18, followed by ALTBalaji.

Talking about the new season of Pavitra Rishta, Ankita Lokhande shared that she was grateful to Ekta Kapoor and ZEE for reviving the show and having faith in her. In a statement, the actor said, “Rarely does one do a role or a project which transforms their lives completely. Pavitra Rishta was that project for me as the love I received from the audience for Archana’s character was unparalleled. So, how could I turn down the opportunity to reprise the role and continue the legacy of Archana? I am eager to see the audience’s reaction to Archuu all over again.”

Shaheer Sheikh shared, “It has been a rollercoaster of emotions for me – from the time I was offered the role to eventually being on set and shooting with this amazing unit. It’s been a challenging role to essay, but I have given it my all. In the process of shooting the show, I realised that ‘Manav’ is the most earnest and pure character I’ve ever played, and in today’s day and age, such a character is a rarity! Now I only hope that our efforts resonate with the audience”.

Ekta Ravi Kapoor, the creator of the original Pavitra Rishta, added, “Some shows and characters leave a big impression on you for years to come. Pavitra Rishta was one such show which impacted so many lives and received so much love and good wishes from fans across the world. There could not have been a better timing to bring back the show and honour the legacy of it. I am sure that fans will give it as much as love and acceptance as they did to the first season”.

The next ‘Bachelor’ is a virgin