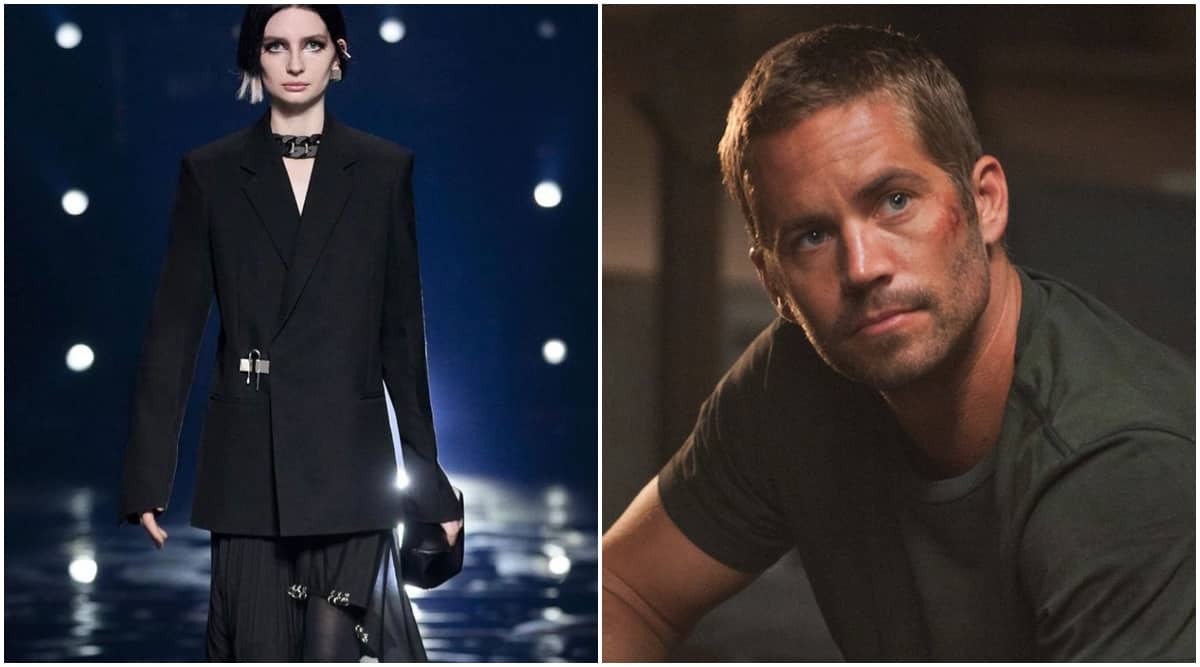 If Paul Walker were alive, he would be a proud daddy. Meadow Walker, the daughter of the late Fast and Furious actor, just made her catwalk debut at the ongoing Paris Fashion Week. She opened the virtually held event as part of the label Givenchy.

She shared a photo and a video on her Instagram profile. In the caption of the video, she thanked the organisers.

She captioned the video, “Exclusive Debut. Opening Givenchy FW21. Thank you Matt for your complete support and determination to safely get me to Paris from NY. Congratulations on your first Givenchy show @matthewmwilliams! Grazie mille @pg_dmcasting. Thank you to everyone involved. Endless gratitude and love for you all Xx #givenchyfw21.”

Walker was best known for Universal’s blockbuster action-thriller franchise of films called Fast and Furious. Walker played the role of Brian O’Conner, one of the three main protagonists of the franchise.

Walker died at the age of 40 in a car accident during the filming of Furious 7 sending a wave of shock and grief across Hollywood. Directed by James Wan, Furious 7 released in 2015. Walker played the role of Brian O’Conner, one of the three main protagonists of the franchise.

Universal, the film studio behind Fast & Furious, released a documentary in 2018 titled I Am Paul Walker, which chronicled his life and career.

It is not known if Meadow, 21, will follow in her father’s footsteps and take up acting as a profession. She certainlys has the genes for it.

Theatre scene in danger of becoming a stepping stone to Bollywood: Kalki Koechlin

The Inheritance of Loss

Doctor Who missing episodes to be remade with animation