Parth Samthaan talks about his latest project Mai Hero Boll Raha Hu, prepping for it and his controversial life. Starting April 20, the web show will stream on ALTBalaji and ZEE5. 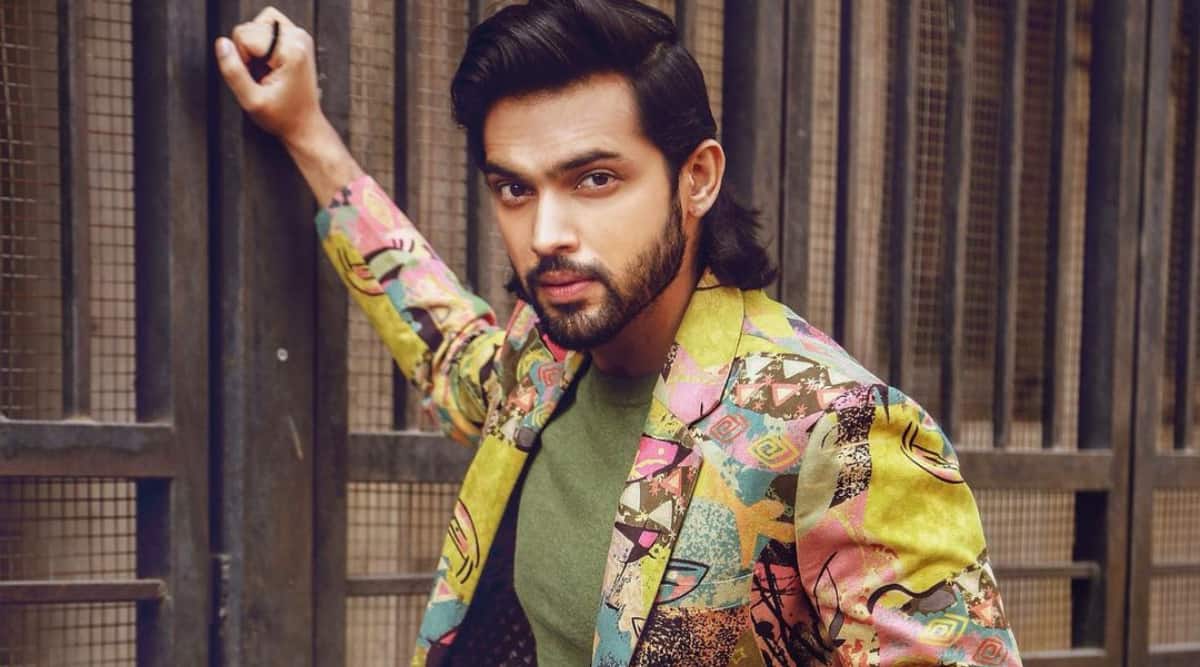 Parth Samthaan was excited when his mother and close friends could not recognise him in the trailer of his new show, Mai Hero Boll Raha Hu. For the The ALTBalaji show, set to premiere from April 20, feature Parth play a gangster Nawab set to win the world. “It’s a completely masala commercial project, with a lot of action, romance and even song and dance. I think it’s going to be the perfect combination of glamour and gun,” he shared in an exclusive chat with indianexpress.com.

Parth further revealed that it all started with a call from Ekta Kapoor, offering him the project. The brief was to depart from his lover boy image. “She was very clear that it is a complete breakout from the image that I have had on television. Nawab is a stylised criminal, an anti-hero, who feels he owns the world. When she showed so much faith in me, it made me more excited. Also, Ekta ma’am told me that it would be different for my fans. And that apart from my female following, this show will help me gain a fanbase among young guys. Rightly so, all my cousins have been going gaga over the show from the time the trailer dropped.”

When asked if he is ready for his show to be compared with similar projects from the producer — Once Upon a Time in Mumbai or the Shootout franchise, Parth held his ground. “I am not a person who actually thinks of the future. I believe my only job is to go and perform, and make sure the audience likes it. Everyone said the same thing when I took up Kasautii but Anurag worked for me. At the moment, I am really happy for myself as I gear up for the launch of the show. It has really helped me grow as an actor.”

As much as the show helped him evolve as an actor, essaying the role had one ill-effect. The actor had to take up smoking for the part, and given the show took long to wrap up, it got difficult for him to quit the habit later. “I understood why people get addicted to it. Thanks to my friends, I have finally managed to kick smoking,” he shared. The actor also added that getting the look right also helped him get into the skin of the character.

“I grew my hair long, which I have never done in my life, and it gave me an instant change. Also, the costume always works for an actor. We have very loud, floral print outfits, with a little Spanish touch. While based in Mumbai, the series is a little fictionalised and styled,” he added.

As readers would remember, Parth Samthaan quit television at the peak of his career to move to Bollywood. While he did bag a couple of projects, and even started shooting for one, the film never saw the light of the day. While the phase was difficult for him, Parth believes in moving on rather than worrying about the past. “It was a different journey altogether. I won’t say I am always happy and positive, as that would be a lie. We are all humans and we do have other emotions. It was a different sort of a turmoil to see things not falling into place, even after trying so hard. However, I realised that some things are not in our hands. There are around 200-300 people involved and you are just a part of it. One has to move on and work towards better goals.”

Several television actors opened up about facing discrimination in Bollywood. Although Parth admits never facing any such thing, he has been privy to his other friends being rejected for their work in television. “No one told me anything on my face, now I don’t know if they did have something like this in their mind,” he laughed to share.

The actor is happy with the kind of work he’s being offered in the digital medium. He opines the space enables an actor to change their image. “One can attempt a raw and real character unlike television. Also, actors of all ages, who were sitting at home waiting for a good TV show or film now have an alternative. Also, people are now hooked to their phones and the medium is only offering better content with time.”

Parth Samthaan’s personal life has been rife with controversies. With so many years in the industry, the actor seems to be immune. “Over the years I have become internally strong and don’t let the negativity affect me. I firmly believe that ignorance is bliss, and thus I simply shut it off. I have always believed in being and doing good, and the people who care for me, love me for who I am. I cannot let some random 10 comments affect me, when I have 100 supporting me, right?” he added with a smile.

Bigg Boss 14: Why is Salman Khan SO ANGRY?

Livestock census to be conducted across the country from today