There are a whole load of reasons Friends has such a loyal following and lasting legacy, and one of those reasons is because fans could really invest in the main cast’s friendship.

They actually were friends, y’know?

Well, while they might have been great to each other, it turns out they weren’t as welcoming to some of the series’ guest stars – even the legendary Kathleen Turner.

Hollywood icon Turner appeared in the sitcom as Chandler Bing’s dad Charles, otherwise known as Helena Handbasket, but the actress has since admitted she didn’t have much fun on set. 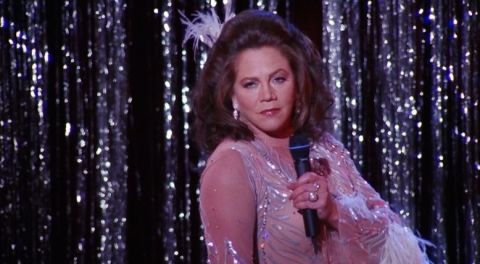 Speaking to Vulture recently, Kathleen recalled her first stint on the show and revealed that the Friends themselves ‘weren’t very welcoming’.

How very… unfriendly of them.

“I didn’t feel very welcomed by the cast,” she said. “I remember I was wearing this difficult sequinned gown — and my high heels were absolutely killing me. I found it odd that none of the actors thought to offer me a seat. 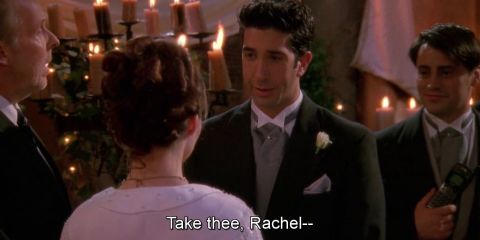 “Finally it was one of the older crew members that said, ‘Get Miss Turner a chair’.”

Proving that the Friends cast were just as close off-screen than on it, Turner then added: “The Friends actors were such a clique — but I don’t think my experience with them was unique.

“I think it was simply that they were such a tight little group that nobody from the outside mattered.”

We’re not sure whether that’s sweet or just plain rude. Could we BE any more conflicted?

More Arrested Development? David Cross thinks things would have to be different