The shortcomings are too many to overlook, but November Story is definitely a one-time watch, says Prateek Sur.

November Story is one of the few Indian Web shows in recent times to invoke a sense of intrigue.

A popular crime novelist, suffering from Alzheimer’s disease in the fading years of his life, is found at a murder scene.

Since he cannot remember anything, it’s upon his daughter to find out the truth behind the murder before the police blame her father for the murder.

Is the father guilty?

Will the daughter find the real murderer?

Will the police catch the murderer before the daughter saves her father?

Despite this interesting premise, the Web show falters at many instances where logic is concerned.

There are scenes where the daughter Anuradha, played by Tamannaah, is trying to sell her father’s ancestral house without his consent.

She knows that without her father’s signature, the property will not get sold. In spite of that, she keeps showing the house to potential buyers only to be left hanging dry at the registrar’s office as the father never shows up.

Tamannah’s performance is quite potent and very different from what we have seen her do before.

She is no longer the bubbly, good looking, girl-next-door.

Tamannaah’s facial expressions perfectly bring out the tension and angst of a girl whose father is losing his memory day by day and is yet unwilling to sell the ancestral property which could get them the necessary funds for his treatment.

It’s a good decision to open each episode with a black and white montage scene showing Mr Yesu’s (Pasupathy) childhood. He has his own demons and is yet trying to help the police nab the murderer.

Pasupathy has come up with a gem of a performance, but Indhra gives him limited screen space in the initial episodes, and we are left wondering why. Ironically, towards the second half of the Web show, you’re seeing so much of him that you’re left wondering where Tamannaah vanished!

It’s this haphazard writing, without any linearity to the story, which brings down a potentially great plot.

G M Kumar as Ganesan, the popular crime novelist and the father around whom the entire story pivots, has a great screen presence. But there was no requirement to show him as a crime novelist as that doesn’t impact the story as much as it should have. Just the fact that he’s a father with memory loss who was at the wrong place at the wrong time could have been enough for his character.

If the makers did want to bring in the crime novelist angle to the table, a lot more of it should have been written into the script.

The story is predictable after a certain point, and if you’re a regular viewer of crime thrillers or murder mysteries, you would have a fair idea about who the murderer is much before the climax starts unfolding.

An aspect that I liked a lot was the comic relief that Aruldoss brings in as the police officer.

It wouldn’t be an ideal way for a normal police investigation to go about, but the way he uses sarcasm and innuendo to slay through the words of his colleagues and others is something that I enjoyed.

Vidhu Ayyanna’s cinematography needs to be applauded as he maintains that grim setting and effect of a crime scene throughout the Web show.

The writing is the soft spot of the entire project and it could have been much tauter.

Had it been better written, November Story could have been a potential winner.

Sadly, the shortcomings are too many to overlook. But it’s definitely a one-time watch. 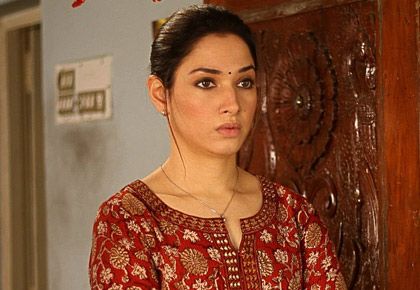