Priyanka Chopra is reunited with husband Nick Jonas. The two were seen enjoying Sunday together. 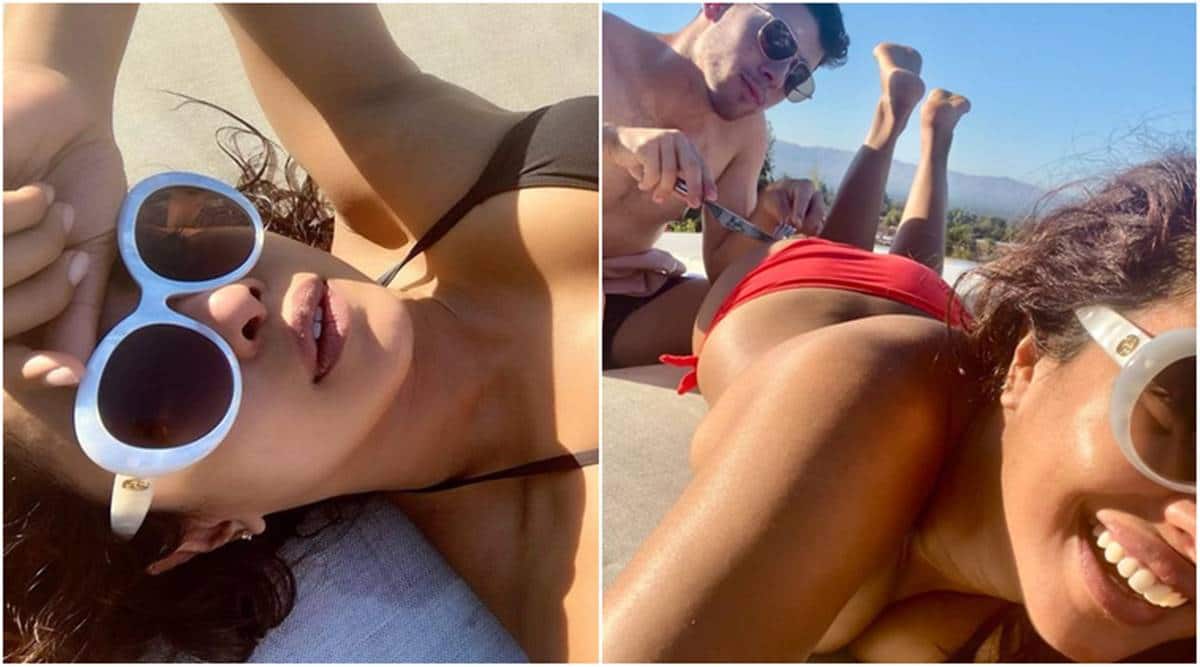 Priyanka Chopra Jonas is back at her ‘home,’ and she is sure having the best time. The actor has reunited with her husband Nick Jonas and the two are spending some quality time together. Priyanka on Monday morning gave a glimpse of her Sunday on Instagram. She shared a picture in which she is seen lying down on her stomach while Nick Jonas is all prepared with a knife and fork. PeeCee shared the picture on Instagram with the caption, “Snack” with a heart emoji. As soon as she posted the picture, her sister Parineeti Chopra wrote, “Jeej! Mimi Didi! What is going on here the family is on Instagram.” She expressed that she is trying to like the picture with “eyes closed.”

Later, Priyanka flaunted her perfect bikini body in another Instagram post. She shared a picture with a caption that read, “Sundays like this tho,” with a heart emoji. The picture received a comment from Nick Jonas. He called Priyanka “Yummy.” Meanwhile, many of her friends also expressed their views via comments. On the work front, Priyanka has shot for Citadel. She has been giving glimpse of her day at work through her Instagram posts. In a post, she mentioned how she cannot wait for her fans to meet her character from Citadel.

In an earlier interview, when indianexpress.com asked Russo Brothers about working with the Desi Girl in Citadel, Joe Russo said, “She’s an incredible star. I mean I think she has been amazing. We just had a table read of the show a couple of days ago and it was fantastic. We are so proud of that show. We are excited for audiences to see it. We are just beginning production on it now. ”

Priyanka will also be seen in Matrix 4 in which she will share the screen space with Keanu Reeves. The fourth chapter in the popular sci-fi film franchise is titled Resurrections.