Rishi Kapoor passed away on April 30, 2020, after battling with cancer for a long time. Neetu Kapoor and Riddhima Kapoor remembered him on his first death anniversary and shared throwback pictures with the late actor. 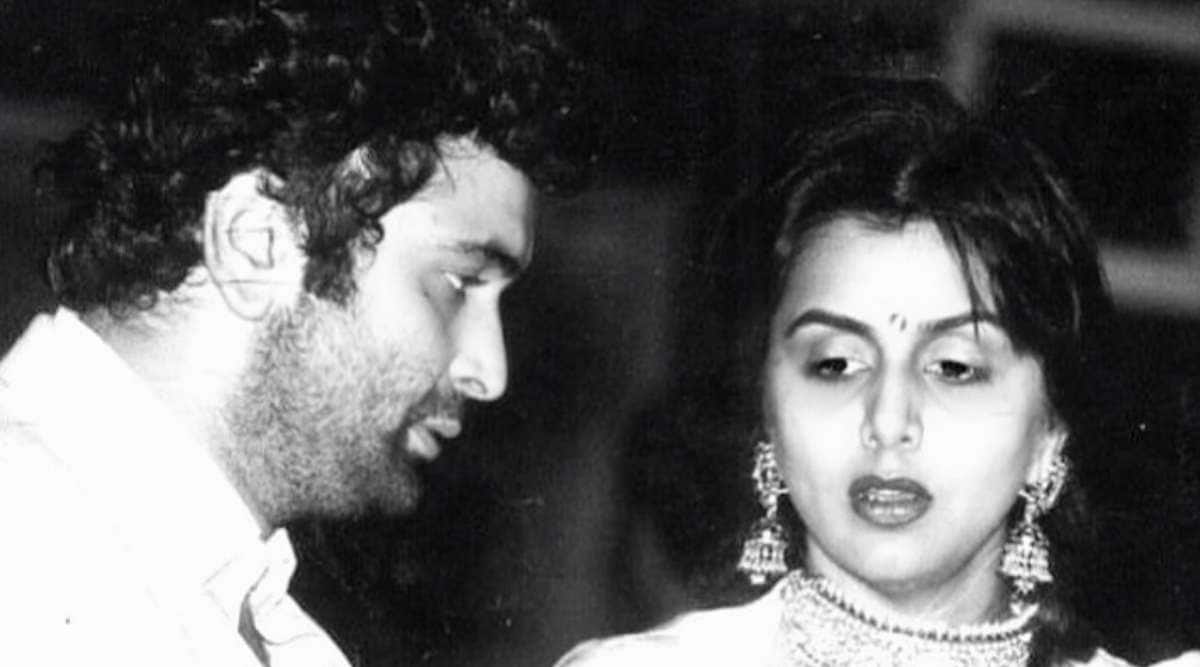 Neetu Kapoor and daughter Riddhima Kapoor Sahni remembered Rishi Kapoor in emotional notes on his first death anniversary. Both of them shared throwback photos with the late actor and wrote how much they miss him and his “wise cracks”, his “wise advice” and his “anecdotes”.

Posting a monochrome picture of herself with Rishi Kapoor from their younger days, Neetu remembered how the last year has been full of sorrow as she lost the love of her life. She wrote, “All of last year has been of grief and sadness around the world for us maybe more as we lost him .. Not a day has gone by when we have not discussed or reminisced him as he was an extension of our existence .. sometimes his wise advice:: his wise cracks : his anecdotes !!”

Rishi Kapoor’s daughter Riddhima shared a collage of pictures on her father’s first death anniversary. In a heartfelt note, she wrote, “If only i could hear you call me mushk once more …” She also quoted the poet Dorothy Mae Cavendish as she added, “‘Until we meet again we think about you always, we talk about you still, you have never been forgotten, and you never will. We hold you close within our hearts and there you will remain, to walk and guide us through our lives, until we meet again.’– Dorothy Mae Cavendish”

Rishi Kapoor passed away on April 30, 2020, after battling with cancer for almost two years. As he died, his family released a statement that mentioned how Bollywood’s heartthrob was full of life even during his fight against cancer. “He remained jovial and determined to live to the fullest right through two years of treatment across two continents. Family, friends, food and films remained his focus and everyone who met him during this time was amazed at how he did not let his illness get the better of him. He was grateful for the love of his fans that poured in from the world over. In his passing, they would all understand that he would like to be remembered with a smile and not with tears,” the statement read.