Navarasa movie review: Some rasas are more palatable than the others in this anthology starring the who’s who of the Tamil film industry. 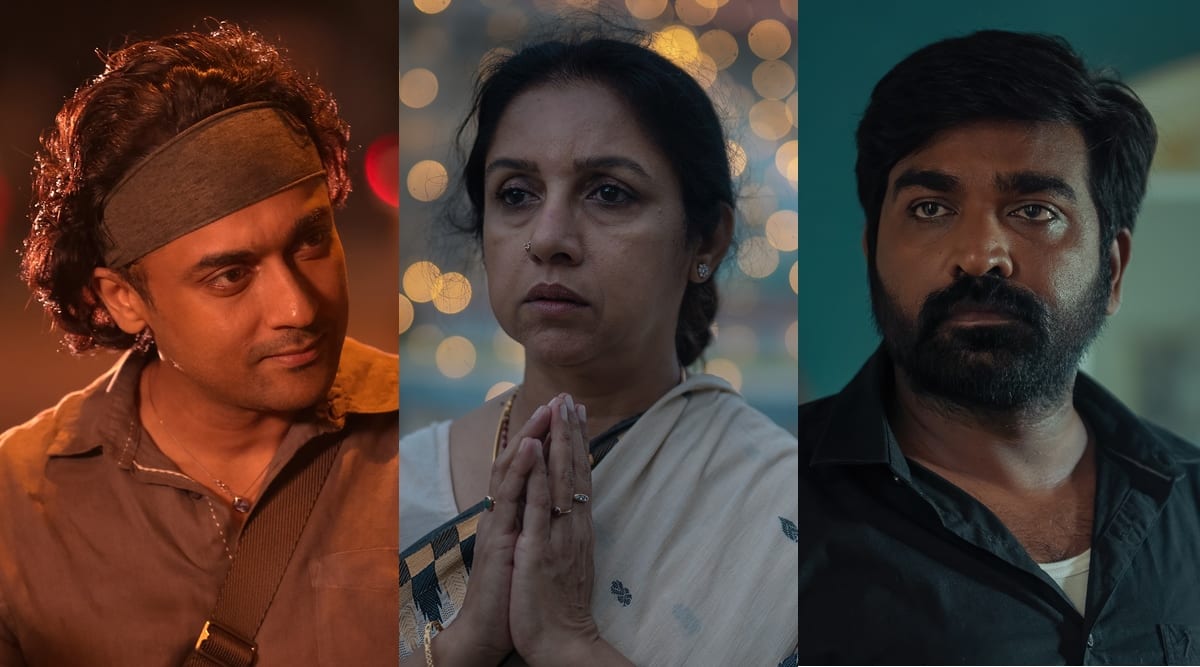 Of the nine short films which comprise ‘Navarasa’, the new Mani Ratnam created anthology backed by a whole bunch of top filmmaking talent, I can remember only four clearly. Shape, sound, colour, structure, rhythm, each distinct, each saying something, each touching the heart: they are the ones that will stay with me. The rest are a blur.

You might say that is the way of anthologies, which basically shoehorn different kinds of experiences created by different flavours and textures into one long film. I mean, how do you even place a Priyadarshan right next to a Gautham Vasudev Menon? Or a Karthik Subbaraj with the find of this series, Arvind Swamy (not in his actorly persona in one episode, but in his directorial debut in another).

With the exception of the ones that work, the remaining are patchy, scratchy attempts, all based on the nine emotions (‘navarasa’) that make up the compendium of feelings: anger, fear, disgust, courage, love, laughter, peace, compassion, wonder.

Isolating and underlining one feeling is a difficult task, and it can create stodginess or obviousness, which is what much of Navarasa is afflicted with. Menon’s musical soiree, with its overriding theme of falling-in-love-with-a-stranger, is too enamoured of its star to acquire the edge a familiar story like this needs for a refresh. You can’t blame him. Suriya, playing a musician who wants to soar, is complete eye candy, but his co-star, the girl who could have been a forever thing, can’t help the adoration seeping into the cutesy dialogue, as they roam around Chennai on a bike, exchanging sweet nothings.

War, insurrection and rebellion, and their collective impact, crop up in a couple of shorts. In one, a little boy and a dog are the counterpoint to violence that men wreck upon fellow men, which peters out. In another, a wounded Naxalite, going by the generic title, ‘comrade’, becomes a muddled seer talking about utopia and an alternative to the state, which is upheld by a rookie soldier who is hot on his heels.

Mad scientists, aliens and instruments which control the past, present and future, and two men exchanging hokey, endless dialogue. An old grouch letting out deep-seated resentments during a young girl’s wedding, and the pointlessness of it all, in which he ruins the only thing that could have sweetened it: a daal paayasam (dessert, traditionally served at wedding feasts). Neither episode sustains our interest.

Here are the ones I really liked. The marvellous Revathy toplines a story (Bejoy Nambiar’s ‘Karuna’) about hurt and revenge, and her co-stars, Prakash Raj, Vijay Sethupathi and Sai Tamhankar give her full support. If you cause a life to be lost, whose fault is it? The person who wielded the weapon, or the person who led you down that path? Priyadarshan’s short (‘Summer of 92’) has the wonderful Nedumudi Venu playing a father-cum-teacher who has a hard-to-marry-off-daughter; a man (Yogi Babu) who comes back to his village with memories of both, and how it all ties together in a smelly, scatological funny heap. Oh, and there’s a dog in this one too. A woman bringing up a son and daughter and her hardscrabble life, which lead in unexpected directions, leaves an impact in Arvind Swamy’s ‘Roudhram’. And the dishy Siddharth and the lovely Parvathy dance a dangerous ‘pa de deux’ in a strange story (Rathindran R Prasad’s Inmai’) about human greed and djinns who turn up to make things right.

These make up for the others. Stands to reason, doesn’t it, because some rasas are always going to be more palatable than the others, aren’t they?

Prakash Raj pays his staff salaries till May amid coronavirus lockdown, says ‘will continue to do more with what I can afford’