Shravan Rathod of Nadeem-Shravan fame is no more.

The duo pretty much defined the 1990s and along with steady lyricist Sameer and the singing team of Kumar Sanu, Alka Yagnik, Udit Narayan, Anuradha Paudwal and Sonu Nigam, they moulded the entire music loving generation in their own way.

Even though they stopped making music together in the first decade of the new millennium, their music has lived on for generations.

While they have given music to around 150 films, it is a tough task to pick their best. However, we have tried to pick the Top 20 where almost all songs in the film emerged as chartbusters.

Easily the biggest and the best of Nadeem-Shravan that brought them into the big arena. Bas Ek Sanam, Nazar Ke Saamne, Tu Meri Zindagi Hai, the list is really long. A star studded film with every song being bigger than the other, that’s what Dhadkan stood for. 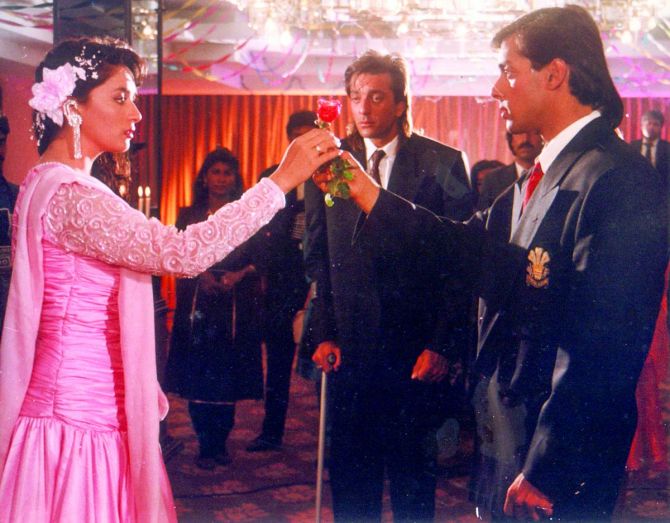 My personal favourite amongst all the songs of Saajan is Jiye To Jiye Kaise and that too in its different versions.

Of course, Tumse Milne Ki brought out the playful side of Salman Khan while Madhuri Dixit enticed, and how, with Dekha Hai Pehli Baar. 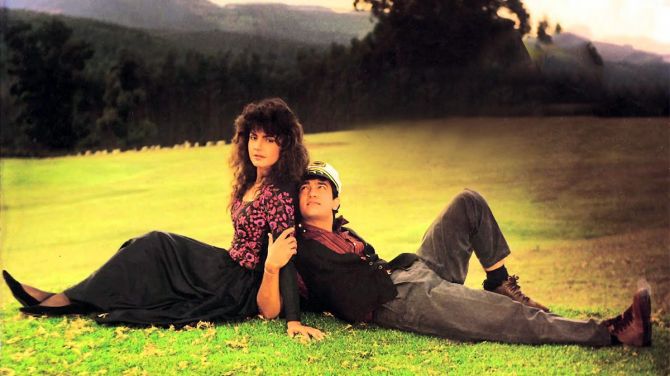 Ask a diehard heartbroken romantic and he will put Tu Pyaar Hai Kisi Aur Hai right at the top of the list.

While the title track lingers in one’s heart, Adayein Bhi Hai between Aamir Khan and Pooja Bhatt was sensual in a cute way. While Nadeem-Shravan had a trademark sound that was patented after a series of chartbusters in Mahesh Bhatt films, Subhash Ghai challenged the duo to bring in a mew grammar with Yeh Dil, Meri Mehbooba and Do Dil Mil Rahe Hain. 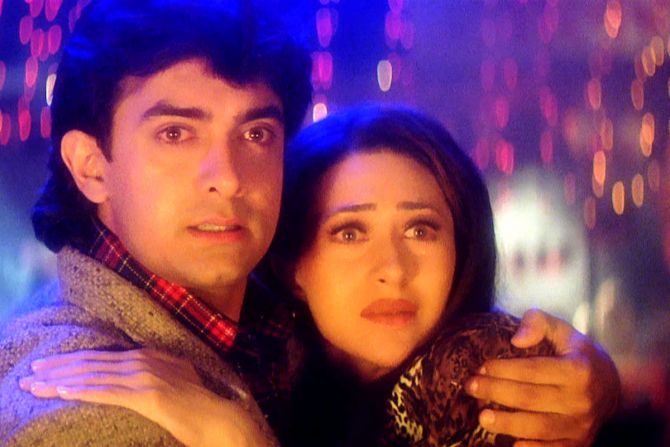 This was a classic example of an average film turning out to be an all time blockbuster on the power of music.

Pardesi Pardesi has been a chartbuster for decades while Aaye Ho Meri Zindagi lived on to be hugely popular on TikTok before its ban. A horror film can do wonders if supported by chartbuster songs and this is what happened with the Bipasha Basu and Dino Morea film.

Jo Bhi Kasmein, Aapke Pyaar Mein and Tum Agar Saamne were the kind of love songs that contributed immensely to the films success. Another film from the house of Vikram Bhatt, Kasoor had Kitni Bechain topping the sensuality chart with Aftab Shivdasani and Lisa Ray going with the flow. Think Jeet and you think of Yaara O Yaara. Vinod Rathod was in great form to sing for Sunny Deol in this rocking track that was one of the major reasons for tickets to be sold at the box office.

As for the romantic rendezvous, there was Tu Dharti Pe and Saanson Ka Chalna. Ever been in a somber mood? Well, chances are high that you would have heard Jeeta Hoon Jiske Liye on loop.

For a lovey-dovey mood though, there is always Kitna Haseen Chehra and Mauka Milega from this Ajay Devgn, Raveena Tandon and Suniel Shetty starrer. 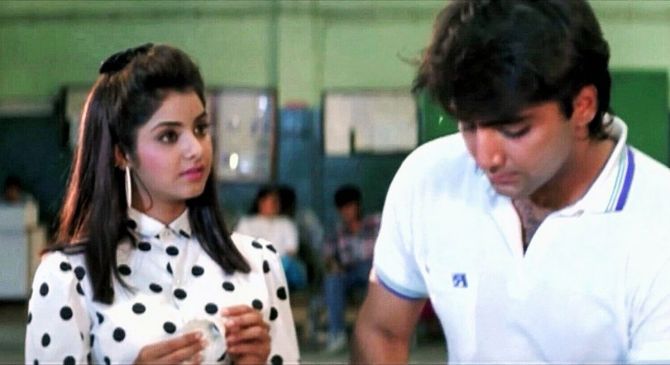 The film may not have worked and the songs may not have been spoken about much. However, back then when the Kamal Sadanah-Divya Bharti starrer released, its music went on to set records with chartbusters like Mere Pyaar Ka Hisaab, Tujhe Naa Dekhun To Chain and Teri Mohabbat Ne.

He may have arrived on two bikes and made history, but Ajay Devgn had a lot more going to make his action romantic musical debut a complete package. 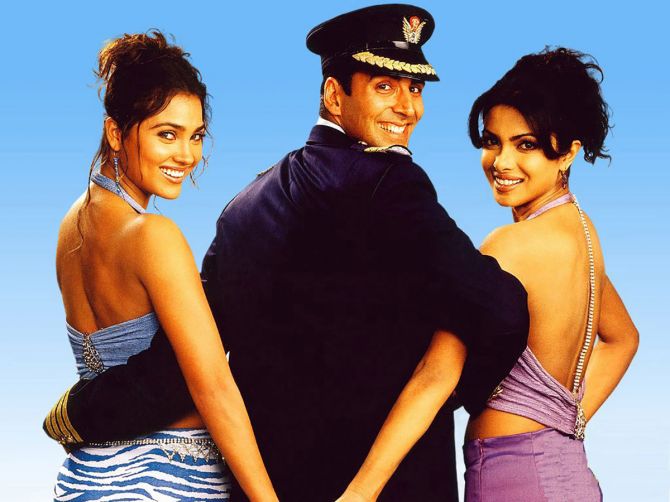 One of the last big successes of Nadeem-Shravan on this side of the millennium, Andaaz had Akshay Kumar leading the show with Priyanka Chopra and Lara Dutta debuting opposite him. When Bobby Deol and Twinkle Khanna were making their debut with Barsaat, the mandate was simple — each song had to be memorable for generations. However there was a lot more with Mujhse Mohabbat Ka Izhar, a must-listen number for those craving for true love. Kajol made her debut with Bekhudi which unfortunately flopped. Even the songs didn’t quite turn out to be major chartbusters on release. When Shah Rukh Khan made his big Bollywood debut with Deewana. the film had Rishi Kapoor, the master of chartbuster songs, in the lead role along with newcomer Divya Bharti.

Nadeem-Shravan catered to all with Aisi Deewangi, Sochenge Tumhe Pyar and Teri Umeed Tera Intezar with Shah Rukh making an entry on the bike with Koi Na Koi Chahiye/ 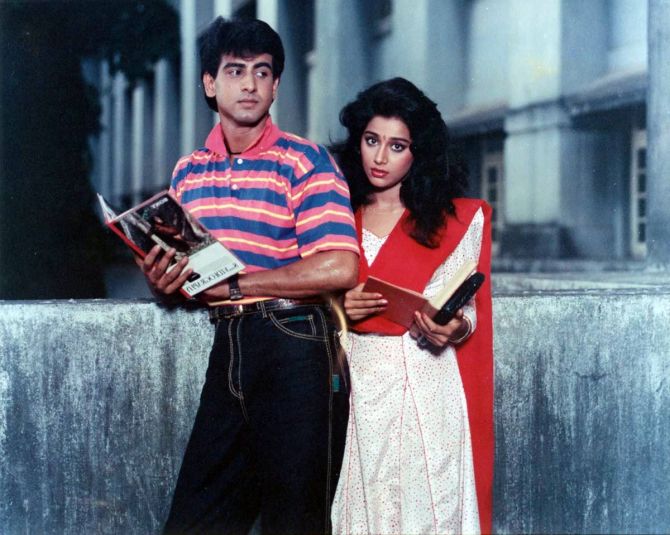 Back in the early 1990s there were many college romantic musicals being made and for Ronit Roy and Farheen, it was a dream musical launch. Another of Divya Bharti’s films which boasted of chartbuster songs. This one didnt cover the distance at the box office, but the music is remembered till date.

Be it the title song, Asha Bhosle’s Milne Ki Tum Koshish Kerna and Mera Sanam Sab Se Pyara Hai or Kumar Sanu’s Dil Jiger Nazar Kiya Hai. there was so much to enjoy. Yet another Mahesh Bhatt film which boasted of terrific music, Sadak marked Pooja Bhatt’s big entry in hardcore Bollywood with Sanjay Dutt in the lead. Weirdest celebrity diets revealed – and whether they actually work

Fathers face sons at the barricades

Bajrangbali, Ali both ours; neither will vote for BJP: Maya