‘They (my parents) have no inkling that people across the country know me now.’
‘Recently, a fan turned up at my parents’ home with gifts for them and my annoyed father called to ask me why I had sent him.’

The actor has become so successful in the movies and on OTT that he’s flooded with work.

And since he suffers from ‘over-eating’, he’s probably the only actor who is a part of five franchises.

The actor, who will be seen in Sherdil: The Pilibit Saga next, thinks back to his simple life before he became an actor and tells Rediff.com Senior Contributor Roshmila Bhattacharya, “Life was beautiful then. We lived in the lap of nature and children would play in the open all day with the animals.”

Sherdil: The Pilibit Saga is inspired by a true-life incident that happened back in 2017.
An insightful story set against the backdrop of a bizarre practice in a village located on the edge of the forest, it talks of the adverse effects of urbanisation that has brought man and animal on a collision path.

Yes, it’s about finding another kind of balance, between man and nature.

Usme manoranjan bhi hai aur meaning bhi (It is an entertaining film and also meaningful); a black comedy that through satire touches on a very relevant subject.

It can be sent to festivals and also engage a theatrical audience.

I believe that whether it’s film, TV or OTT, the product should make the audience think.

No story can happen without an idea and the idea itself is the message. 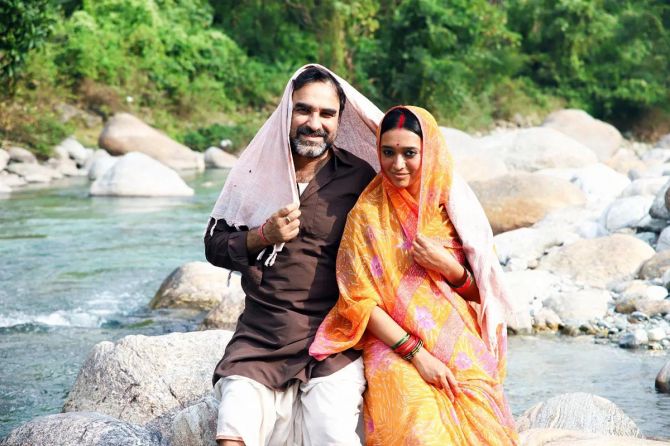 Growing up in a village, did you face any such problems?

No, our village was far away from the forest, with two rivers in between.

There were no proper roads then, no electricity or TV, no contact with the outside world.

But it is only now, when people ask me how I kept myself motivated during my struggling days, that I realise that struggle chal rahi thi.

Life was beautiful then.

We lived in the lap of nature and children would play in the open all day with the animals.

Not just our own, we knew every gai, bhai aur kutta (cow, bull and dog) in the village.

I sometimes yearn for that simple, unsullied, organic world.

Do you have a TV in your village home now?

We bought one two months ago, not for my parents, but for the manoranjan (entertainment) of the caretaker who lives with them.

Now, she can watch her serials, and occasionally, when one of my ads comes along, maa dekh leti hai (my mother watches it).

Your parents must be thrilled their son is a star today?

Achcha lagta hoga (They must be happy). They are not very expressive people.

They still have no inkling that people across the country know me now.

Recently, a fan turned up at my parents’ home with gifts for them and my annoyed father called to ask why I had sent him.

When I tried telling him that I hadn’t sent, that he was simply one of my fans, he said, ‘If he’s your fan, you must know him. He even knows our address.’

It took me another five minutes to explain that now people know which village I am from and thanks to the Internet and Google maps, it is not difficult for them to hunt down our home.

My mother wasn’t impressed. She curtly told me I should tell him not to visit again with saris for her.

When I reiterated that I didn’t know him, I was instructed to give an interview and through it, tell him and other fans not to call on my parents bearing gifts.

(Laughs) They are simple people, whose world is far removed from this one. Are your parents aware that you have won a National Award?

Babuji knows, and when someone drops by, he tells them proudly that the President of India presented his son with an award.

What are your memories of the National Award?

It was the first time I got emotional.

This is one award which is not sponsored by any company or product.

Desh ke dwara diya gaya samaan hai (It’s a national honour) and we have all dreamt of being honoured by our state and our country someday.

That’s what makes it so special. 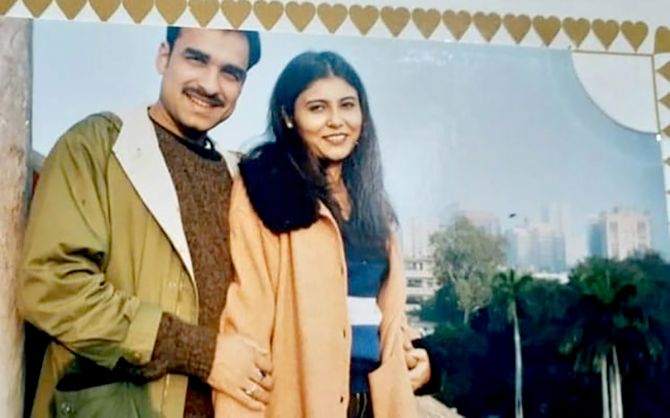 It’s been 18 years since you married Mridulaji with whom you fell in love with at first sight, then waited 12 years to tie the knot with. What has kept the romance alive since ’93?

Kya bataoon, there is no formula.

I have not done any research on the subject nor have I read anything on it.

I guess what makes the bond strong is that my wife has always given me complete freedom to think and make my own decisions.

And so have I.

There’s mutual respect for each other.

(Laughs) Baaki humein bhi maloom nahin (rest even I wouldn’t know), I can’t give you a speech on relationship building. 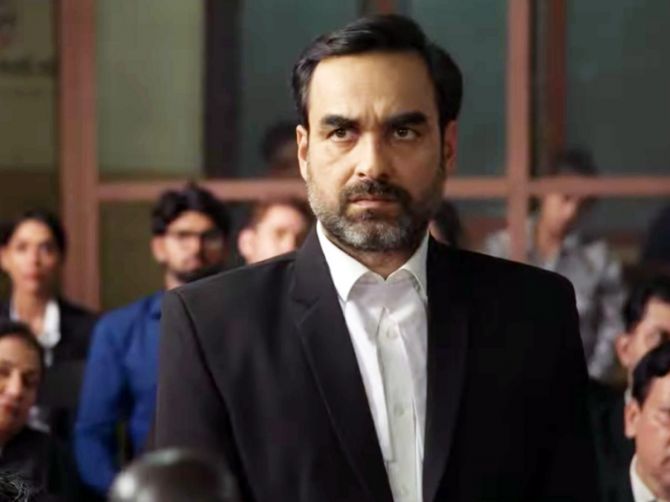 The two qualities you just mentioned, respect and freedom, are also those we see in Madhav Mishra, your character in the crime web series Criminal Justice, and his relationship with his wife Ratna. What is Pankaj Tripathi’s contribution to that?

Every season, the road map of Madhav Mishra comes to me from the production house Applause Entertainment along with instructions to the team that I should be allowed to do what I want with him.

The relationship between Madhav and Ratna has been building since the last two seasons, and, as you rightly pointed out, there’s a lot that I have drawn from real life.

I’ve seen patriarchal society from up close and uska parinam bhi dekhi hai (and the outcome of such beliefs too).

Later, while studying, reading books and meeting people, I was exposed to another world which my own people may not have seen or experienced.

I’m not Madhav Mishra, but I have put a lot of my intelligence and empathy into this character who is really nice.

When will Madhav Mishra and Criminal Justice be back?

The shooting of Season 3 is over. 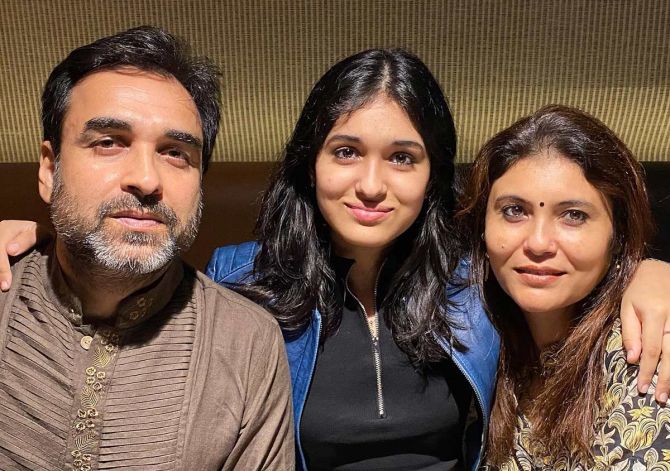 You have a beautiful daughter, Aashi. Is she showing signs of following in her father’s footsteps?

Rangmanch mein interest hai (She’s interested in theatre) and she plays different instruments like the violin and keyboard.

But she’s still only in the 10th standard. It’s too early to say what career she will pursue.

Waqt hi batayega (Only time will tell) in which direction she will head. 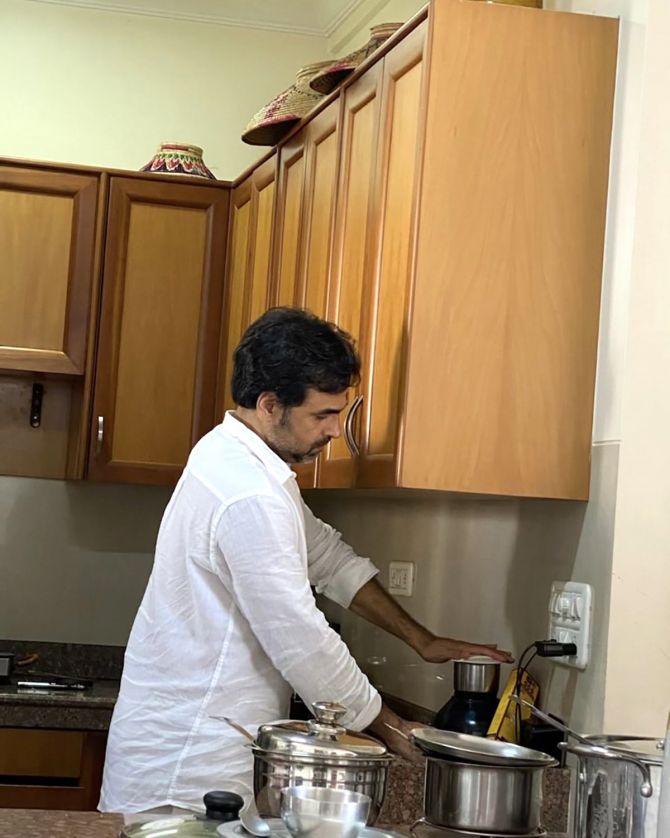 Apparently, your daughter loves the meals you prepare. Do you find time to cook for Aashi and your wife?

Yes, whenever I get back home early, I rustle up something.

Have you learnt any new dishes during the forced lockdown?

(Smiles) No, I just keep repeating tried and tested formulae. 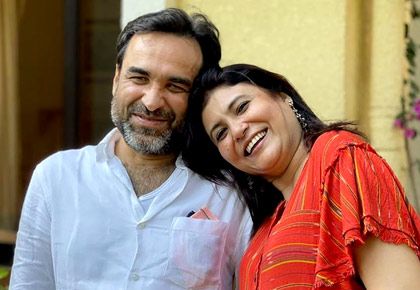 Adhyayan Suman on his old interview claiming Kangana Ranaut uses drugs: ‘Was ridiculed in 2016 for speaking out’