The very versatile Nawazuddin Siddiqui plays a transgender in his new film, Haddi.

This is his second transgender role in a row, after his character Laila, the vicious villain who dressed in women’s clothes in Heropanti 2.

He is far more confident about Akshat Ajay Sharma’s Haddi.

“I play a double role of a transgender character and a male character,” he says.

“We put out a picture of me in an elaborate makeup and it was a sensation. Since the picture was made public, my phone hasn’t stopped ringing. Everyone is curious about what I am doing.”

Apparently, the character, named Haddi, will have a lot of action scenes.

How does Nawaz intend to be athletic in feminine outfits?

“Oh, we’ve made sure the costumes don’t restrain me. My character will be kicking ass even when she is in a dress,” Nawaz promises. 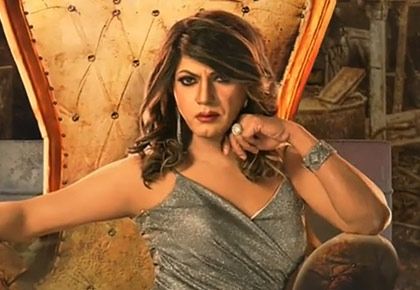