The youngsters in Mismatched look like angels.
There are no bullies, no mean girl cliques — they are all a mostly cheerful, helpful, clean-cut lot, for whom kissing and mild swearing is about as naughty as they dare, observes Deepa Gahlot.

Every OTT platform bungs in a couple of ‘youth programmes’ into its slate of shows. Most of them look and sound similar, possibly because the problems of the young are confined to a narrow circle.

The full force of life has not hit them yet, so what the average youngster goes through is like a starter pack on how to cope with adulting in the future.

Mismatched, based on Sandhya Menon’s book When Dimple Met Rishi, had youngsters from different backgrounds congregate at the Aravalli Institute in Jaipur, where they learn coding, computer programming and making saleable apps.

Directed by Akarsh Khurana, with a fresh and enthusiastic cast, the series revolved around the push-pull romantic entanglements between middle class Dimple (Prajakta Koli) and Jaipur aristocrat Rishi (Rohit Saraf).

They were surrounded by the usual group of teens who dutifully show up on every campus, only this one is not a swotting factory, but a nerdy-geeky-creative place.

Season 2 does not really add much to the romance, heartbreak and sexual confusion that was already dealt with in the first season.

The same director picks up the thread of the story two years later, right where he had left off last time.

The students in a summer course, run by the oh-so-cool teacher Siddharth (Rannvijay Singha), act as if it is the be all and end all of their careers.

A lot of Season Two is also about Dimple being devastated to find her her brilliant app stolen and sold, while she also grapples with her feelings for Rishi and the NRI musician Harsh (Vihaan Samat).

Only in an Indian show could teens look at campus romances with an eye to future matrimony; in the West, they would be experimenting with sex, booze, drugs and everything that they were warned against by their parents.

The youngsters in Mismatched look like angels in comparison.

There are no bullies, no mean girl cliques — they are all a mostly cheerful, helpful, clean-cut lot, for whom kissing and mild swearing is about as naughty as they dare.

The other young characters — and one older woman, Zeenat (Vidya Malavade) who bravely joins the course and tries to fit in — are actually more interesting than the lead pair.

Namrata (Devyani Shorey) and Celina (Muskaan Jaferi) are gay and have to carry the burden of their secret; Anmol (Taaruk Raina) is the angry jock disabled due to a drunk driving accident that puts him in a wheelchair, the odd pair of Krish (Abhinav Sharma) and Insta-addicted Simran (Kritika Bharadwaj) with body positivity issues.

The series gives almost equal footage to the characters, their internal monologues (quite a few WhatsApp forwards and bumper sticker kind of platitudes), and mostly insipid problems (Celina is blackmailed into betraying her best friend because she is ashamed of her side hustle), so every episode is not really engaging.

But a couple of them — like the one at a tech fest and another at Rishi’s mother’s second wedding — buoy up the series when its fluff starts dissipating.

The characters are as endearing or annoying as young people can be, and the actors are not all evenly matched in the talent stakes.

Still, they make for an attractive bunch in their casually stylish clothes and ‘youthspeak’ lines.

Mismatched Season Two could have done with less moaning and whining and more humour.

Bad enough, some stereotypes and repetitive tropes are unavoidable in light coming-of-age tales, so the least that can be expected is that they be enjoyable to watch, combining relatability for the young and nostalgia for the grown-ups. 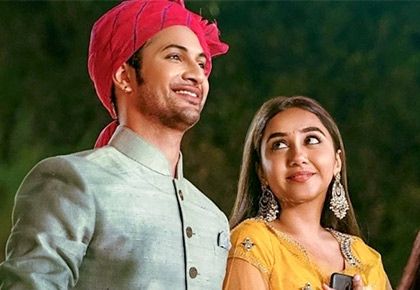 How much did Rajinikanth film Annaatthe really make at the box office? Here’s a reality check

Girlfriend Harleen Sethi unfollows Vicky Kaushal on Instagram. Have the two broken up?