Anyone who’s watched Megan McKenna on Celebrity Big Brother or TOWIE will know the reality veteran isn’t afraid of getting in touch with her emotions.

Unsurprisingly, then, her stint on Channel 5’s Celebs on the Farm – which is not the same as the early-00s’ The Farm, thank you very much – has been no different.

In a first-look clip of the brand new series, Megan is seen bottle-feeding a “really vicious” baby lamb (!) who is no longer being fed by its mum. It’s the cutest thing we’ve seen all day, so Megan, we completely understand why you’re feeling totes emosh.

Megan is one of a bunch of celebrities who have made their way to a coastal Sussex farm to learn the farming ropes and (literally) muck in for Celebs on the Farm. 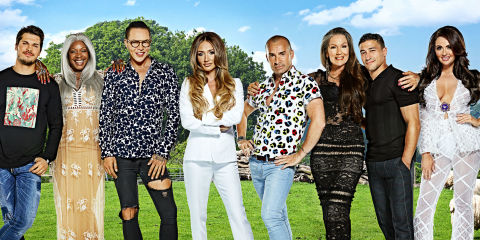 Related ArticleCelebs on the Farm announces its 2018 line-up

Former Strictly Come Dancing pro Gleb Savchenko will also be donning some wellies and a flat cap, along with actress Lorraine Chase, British Judo Champion Ashley McKenzie and Ex on the Beach‘s Dawson.

So, which famous face will get the honour of ‘Best in Show’ at the end of it? Our money’s on Lorraine Chase. Well, she was a regular of Emmerdale Farm, after all.

Celebs on the Farm starts tonight (August 20) at 10pm on 5STAR and Channel 5.

Dhanush shares working still from his next film ‘Karnan’

Dhanush shares working still from his next film ‘Karnan’
We and our partners use cookies on this site to improve our service, perform analytics, personalize advertising, measure advertising performance, and remember website preferences.Ok