It’s hard to believe the film Madeline is 20 years old. The classic children’s movie was a live-action adaptation of the wildly popular books and cartoon series.

Now 30 years old, Hatty spoke exclusively to Digital Spy about her experience of being plucked from obscurity to star in the film.

“I went to an after-school acting club in north London, it wasn’t a stage school,” she said. “The producers of the film were looking for a very normal kind of girl.

“They wanted regular girls who liked acting. I went for an audition in the school holidays, I think they saw 9,000 girls and they were seeing girls in America as well. I had about five different rounds of auditions and a screen test and the producers and director came over from America.

“I remember it being very exciting because I didn’t really know American adults as a child and they seemed very glamorous compared to all the people I knew! It was a fun process.”

After the film was completed, Hatty returned to her normal school. Her whirlwind adventure then continued when it came to promoting the film, with her appearing on everything from Blue Peter to David Letterman with The Spice Girls. 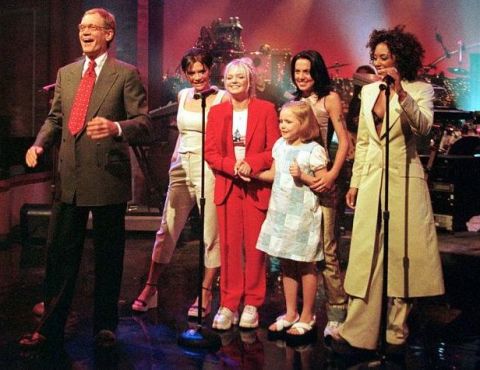 Hatty explained this was part of the reason she didn’t continue with acting as a child.

“I loved doing Madeline but I also loved being at school with my friends. I remember not being able to go to people’s birthday parties and I had to come home early from a school trip to Wales once and I didn’t want to be different,” she said.

Hatty, who added she’s still in touch with Clare Thomas who played her best friend Aggie in the film, added that her parents were also very supportive of her during filming.

“I don’t think my parents expected me to get it,” she continued. “They went into it thinking it was something fun for me to do on summer holidays.

“They were very supportive and they are very relaxed so I was never pushed into doing anything I didn’t want to do. They were very protective of how I was treated, what I did and where we went. Schooling was very important.

“My parents just wanted to keep me very grounded. I have two brothers and we were all treated the same. They never wanted me to continue acting so I didn’t do much more.”

Hatty is touching on her experiences as a child actor in a new play she has written and stars in called That Girl.

“It’s a play set in modern day life for people approaching 30,” she said. “It’s about female friendship and online dating, living in a shared house, relationships and jobs.

“Do you want to do a career because you love it and have no money or do a job that pays you loads of money so you can have a nice house?

“All the characters in it are going through that. I think one of them who I am playing, because she’s had this experience as a child, I think for her, all those feelings are heightened. All those expectations you have as a child about what job you’re going to do and what age you’ll have kids. She had so much success as a child that it’s harder for her as an adult.”

That Girl is on at the Old Red Lion Theatre in Islington, London from September 3 to September 8. Tickets are available here.

The Ruler Who Changed India