‘I did not have the privilege of someone holding my hand and guiding me. I had to chart my own journey.’

Avinash Tiwary is receiving raves for his wily politician act in the gritty Web series, Khakee: The Bihar Chapter.

The series, made by Neeraj Pandey and Bhav Dhulia, is getting good reviews, and Avinash tells Rediff.com Contributor Mohnish Singh, “A lot of love is coming my way and to be honest, I did not expect it.”

Khakee: The Bihar Chapter has been well received by critics and audiences.

A lot of love is coming my way and to be honest, I did not expect it.

The show is trending not only in India, but all over the world.

We are really happy that our regional, local story could reach out to the world.

People from the Hindi belt of UP (Uttar Pradesh) and Bihar — I am also from Bihar, by the way — have caught on to the nuances, and they are so excited and joyful.

I have been doing other films and projects, but such kind of response is something I have not seen before.

I am really pleased, very honestly, for all the efforts put in by the team, especially Bhav Dhulia, the director, who held my hand and navigated me through this, and Neeraj Pandey, who has been the guiding light for all of us. As you said, the story is set in a particular region of the country but still touches millions globally. What makes it so relatable?

I think what’s beautiful about the story is that the core idea is good versus bad.

Thankfully, because of the amazing ensemble cast, we have been able to humanise every character in a very detailed manner.

When you are able to humanise it and make it very true to the milieu, it begins to connect with people because they have seen such people, and connected with them at some point.

I think they become very real for everyone.

In my limited understanding of films, I think that has really touched people.

The show looks so real, believable and relatable that the story becomes extremely engaging for the audience.

It depicts Bihar in its most authentic form.

What I think is also great here is to see state policing, which we rarely see in most films and shows about a fight between a cop and a thief.

We rarely get to see such detailed state policing.

Was it easy to play Chandan Mahto since you hail from that region of the country?

I mean, I understood the dialect and the politics of the show.

Yes, being from that area definitely helped me with those things, but creating Chandan was extremely difficult because he is so far removed from who I am in real life.

Neeraj sir and Bhav really helped me and pulled me through this journey, right from trying to understand how truck drivers are because he is a truck driver in the show.

I went to the shoot location 10 days in advance, and spent all my time in the dhabas nearby, where trucks would be parked. I would spend a lot of time with truck drivers.

I learnt how to drive the truck. I picked up the mannerisms and gestures by observing them, so that I could make my character as believable as possible. What was your first thought when you read the script?

I was petrified when I read the script.

Again, as I said, it was the faith shown by Neeraj Pandey and Bhav that really made me decide to jump in.

Apart from having an original story and screenplay, I think the film-makers excited me the most.

There could have been no better maker than Neeraj Pandey sir.

He really has a connect to the heartland, and he is able to understand the nuances.

What did you learn from him?

He is very clear about what he wants and how he tells his stories.

Whatever I have observed has really helped me let go of a lot of baggage that one carries as an actor.

I think it has freed me up more.

He has filled me up with an immense amount of confidence, love and appreciation.

And when it comes from a maker like Neeraj Pandey, even if you doubt yourself, you move beyond it. 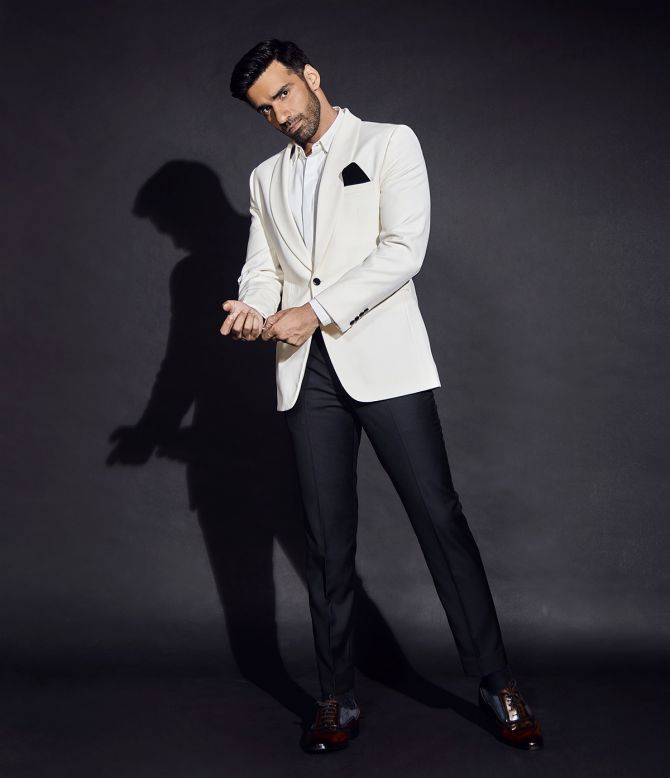 Who is your role model in Bollywood?

I can definitely say that I am thoroughly inspired by Priyanka Chopra.

She is someone who has been able to create a reach, right from India to the US.

Because of the amount of coverage that she has received and the fact that she is now a true global icon from our country, she is an inspiration to someone like me who aspires to reach the world.

I want to go and ensure that Indian content is seen worldwide.

What has been your most challenging role to date?

Laila Majnu was one of the most difficult parts.

I think Khakee would be second, but the one that is coming later is the most difficult because I gave it three years of my life. It is a very emotional part for me. Do you feel your journey has been difficult since you do not have a godfather?

I did not have the privilege of someone holding my hand and guiding me. I had to chart my own journey.

It would be more difficult than the others, but, you know, long ago I realised that luck is a privilege too.

People who complain about others’ privileges lose it, and I don’t see myself like that.

I am here to create my own journey and make my own privileges.

It has been a fruitful, wholesome, journey as of now, and I am assuming it will get better from here. 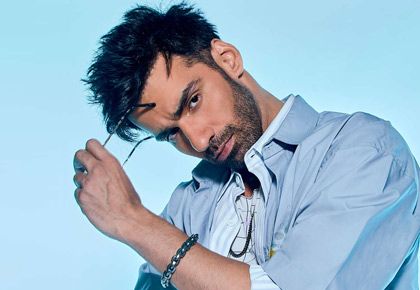 Rishi Kapoor dies at 67, Amitabh Bachchan writes, ‘I am destroyed’