One of the coolest things about Robert Zemeckis’ Oscar-winning drama, including one for Best Visual Effects, was Hanks shaking hands with then US President John F Kennedy.

Two years later, Director Shankar applied the marvels of computer technology to create a similar blend of footage and filming between Subhas Chandra Bose and Kamal Haasan in the Tamil hit, Indian.

More than two decades later, Forrest Gump is back as Laal Singh Chaddha and technology is as relevant as ever in trying to make Aamir Khan look like he is in his 20s, 30s and 40s at 50-something.

Where it succeeds most is heart.

Like Gump, Laal Singh Chaddha speaks the language of sentimentality but its mood, mind and manner is distinctly its own and fits seamlessly within an Indian context and history.

It’s a lovingly crafted individualistic, melodious ode to the schmaltzy school of film-making whose audience is patient, sympathetic and loves to be pulled at their heartstrings.

Certain iconic imagery is almost reverentially retained but otherwise, this remake is keen on charting its own course and showcase extraordinary lives of its homegrown characters.

And so, a simple-minded man’s journey is recounted against the events of India’s political history.

While a nation loses its innocence, a man steadfastly holds on to his own.

Despite the political overtones, the narrative stays within a safe, apolitical zone as seen through the eyes of a simpleton.

His own personal history is of greater significance where the smart ones languish while a slow-witted child man inadvertently ticks off a list of milestones.

Told in flashbacks to a bunch of eager listeners of his train compartment, Chaddha’s fantastical stories are as entertaining as they are spry.

Occasionally though, Forrest Gump got grim and cold-blooded to uphold its ‘life is a box of chocolates’ unpredictability.

Smiles and tears come in good measure as Laal Singh Chaddha advances from child to childlike.

After Umar’s subtle expressions, it takes some getting used to Aamir Khan’s painstaking style.

Between all that excessive mmmm-ing after every line and playing wide-eyed like a Pixar puppy, Aamir finds the correct sur of his character under the pagdi.

Laal Singh Chaddha looks up to his co-stars Kareena and Mona for poignancy. Mona’s mom is a mix of hugs and sunshine, she’s that warm and effortless.

As the aloo to Laal’s gobhi, Kareena shows her calibre once again as one of our finest by bringing out of what’s on paper and what’s not in her luminous depiction of a damaged soul without resorting to high-pitched drama.

Laal Singh Chaddha does one better on Forrest Gump in fleshing out her character with short but significant details of her backstory. Watching her retro avatars evoking sister Karisma’s hairstyle in Prem Qaidi and Raveena Tandon’s choker fashion in the 1990s adds to the excitement.

I was curious how Naga Chaitanya will essay him in his Bollywood debut.

As the ‘chaddi banian‘=spewing Bala, he has a tricky job of sounding funny without seeming vulgar. I am happy to report he doesn’t disappoint.

But I found Laal’s friendship with Manav Vij’s enemy-turned-friend from across-the-border a tad underwhelming and sanctimonious.

Whether or not a Forrest Gump remake was needed, Laal Singh Chaddha does not let its source down. And replacing a box of chocolates with a ready-to-eat gol gappe kit is geeeenius, like Laal’s Ustad would say. 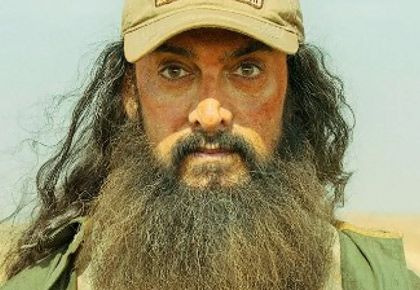 Shriya Pilgaonkar: I got to play my own version of Nancy Drew in 13 Mussoorie