The Overseas collections for Laal Singh Chaddha is better than that of India.

After a week-and-a-half run in the theatres, it’s all over for the Aamir Khan-Kareena Kapoor starrer Laal Singh Chaddha.

That too when, at the time of its release, the competition was with Akshay Kumar’s Raksha Bandhan, which fared even poorer, and it was practically an open second week ahead with the sole release of the niche film Dobaaraa.

Laal Singh Chaddha‘s failure can be judged by the fact that the Hindi dubbed version of the Telugu film Karthikeya 2, which released a couple of days after Laal Singh Chaddha, managed only Rs 700,000 on its opening day and went on to collect Rs 4.07 crore (Rs 40.7 million) on the second Sunday.

Laal Singh Chaddha needed as many as 10 days to go past the first day collections of Aamir’s last release Thugs of Hindostan, which had brought in an opening of Rs 52.25 crore (Rs 522.5 million) on its Diwali release back in 2018.

It is ironical that the overseas collection for the film is better than that of India.

While in India, the film is inching towards the Rs 60 crore (Rs 600 million) mark, it has already collected around Rs 62 crore (Rs 620 million) overseas.

The US, UK and Canada have contributed reasonably well towards this film.

Still, that will not save Laal Singh Chaddha from being a theatrical Titanic.

One waits to see what price the film fetches from satellite and OTT sales.

Even with the best of the deals coming into place, the film could still see a loss of around Rs 100 crore (Rs 1 billion). 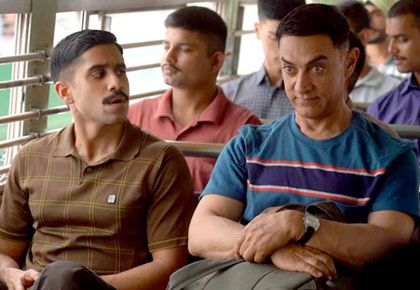 The Social Dilemma trailer: Netflix documentary explores the evil side of social media

Bhumi Pednekar on 2019: My success is a validation that I have taken the right decisions

Cracking down on spurious drugs

Oscar Fernandes under observation for 3 days