Testosterone, not rationale, is the driving force behind the KGF franchise, observes Sukanya Verma.

Mindless machismo is the jewel of many a masala movie and blaring background music its birthright.

The louder this combination, the louder audiences are expected to applaud.

Call it a formula, a fallacy or an ingrained belief among film-makers but solo strength triumphing over a battalion of bad guys is a visual that isn’t retiring any time soon.

We’ve had countless avatars of this scenario.

One of them is Writer-Director Prashanth Neel’s KGF Chapter 1, a hyper-stylish concoction of Amitabh Bachchan’s angry young man and simply south sensibilities that creates a grimy, greasy, over-the-top world of legends and lore.

Considering the entire saga unfolds out of the pages of a contentious book named El Dorado, its unreliable narrator gives the makers ample license to go bonkers around its wafer-thin plot. And Neel has zero tolerance or taste for restraint.

If Chapter 1 of this Kannada blockbuster chronicled the origins story of a young man’s rise in ranks from Raja Krishnappa Bairya to ‘Rocky’ (Yash) in the world of crime against the backdrop of the Kolar gold mines, Chapter 2 glances at his reckless reign and growing enemies.

Though the events take place somewhere between 1978-1981, KGF‘s soot-covered world wears a bleak, post-apocalyptic air where Mad Max and Need For Speed collide.

Kohl-eyed women draped in black saris and bearded men of all ages and sizes abound while Rocky makes his swaggering return in an introduction marked by drum rolls on screen and wolf whistles off it.

I watched a 7 am show at a theatre and noticed the Hindi-dubbed print had quite a few takers.

It helps that not all is lost in translation.

The punchlines retain their puffed up threats in dialogues brimming with animal analogies and aggression.

Whatever socialism or saviour of the downtrodden it means to brandish in the awestruck eyes of his endless followers, KGF contradicts those ideals in the rash flamboyance and business-minded ambitions of Rocky’s moody messiah.

Rocky lives in the lap of luxury and coffers filled with gold but his loyal subjects look as destitute as ever.

Rocky guns down a police station for the sake of a biscuit that he retrieves anyway without any resistance.

His behaviour is regularly questionable, but KGF 2 is too smitten by its leading man to question his greed, let alone correct him.

It begins early on with regards to his romantic interest (Srinidhi Shetty), whom he abducts and forces to cohabit for ‘entertainment’.

Guess even the Stockholm Syndrome is a luxury in its wham-bam scheme of things so the director just miraculously makes her fall in love with her kidnapper and prolongs a cringeworthy subplot’s existence for the sake of needless songs.

Often KGF 2‘s confused stance towards morality dilutes the impact of its conflicts and makes the bad guy entitled to his misgivings legitimately, as is shown in Rocky’s case.

Barring a mother who passed away ordering him to procure wealth and never be at the mercy of the affluent, one never gets a meaty insight into his course of power play.

Rocky doesn’t seem as bitter and looks jubilant about enjoying his overwhelming clout over the masses.

Even his detractors gathering evidence to nab him are coloured in hilarious ardour. A CBI officer listing Rocky’s transgressions to the prime minister, as if enumerating his tales of valour, is a case in point.

On the positive side, KGF 2‘s bleached palette and stark production design is one of its stronger attributes and Neel highlights its impact to the hilt.

The other plus is a cast that puts some muscle on a thin premise and immerses itself wholeheartedly in the overblown daredevilry and defiance of its violence-worshiping protagonists.

Sanjay Dutt plays Adheera — a Viking-inspired brute whose blood ties with Rocky’s former foe and personal humiliation make him charge at our hero like a vile beast.

Full of tattoos, braids and comic-book vigour, Dutt has a blast taking on his debut movie namesake, which coincidentally, released in 1981.

Yash’s face-offs with these two are far more effective than any of the elaborate action pieces it dispenses ad infinitum.

Yash has a tricky part to play.

In real time, he’s a boorish hero, tiptoeing between style and sass, whose unpredictability and rowdy instincts make him an acquired taste.

In retrospect, he’s a larger-than-life figure, deliberately erased from history but whose impossible adventures make him a raconteur’s delight.

But his sly humour and unbridled ferocity hits all the right notes.

The upshot would be a lot more refined if not for the excesses of Neel’s chaotic screenplay, never-ending climax and badgering background score.

Too often, the intercuts play out like a cacophonous orchestra and render the overall sequence disoriented.

Testosterone, not rationale, is the driving force behind the KGF franchise.

Will it ever slow down? Not if that little tease of KGF: Chapter 3 in its post-end credits is any indication. 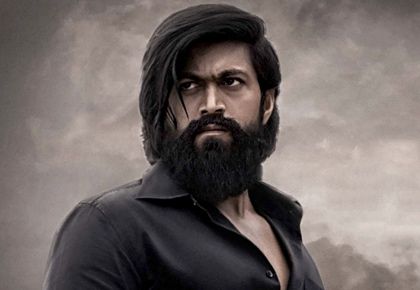 Prakash Javadekar: Government’s plan is to make all kinds of good films in India