Kaun Banega Crorepati 12 first impression: While the Amitabh Bachchan-hosted game show is a treat for fans, it offers little to young audiences that are hooked to their devices and OTT. With much fanfare, Amitabh Bachchan-hosted Kaun Banega Crorepati 13 began on Monday night. As the iconic tune played, the host, as charming as ever, entered the studio to commence the season, which promises to be ‘Gyaandaar, Dhandaar and Shandaar’. For its loyalists, there is nothing like the show hosted by Big B that tests their IQ, and promises a windfall at the end of the road. But, does it have it in it to attract the new audiences which is hooked to their screens and largely consumes OTT?

This year, the show is special for primarily two reasons — the studio audience is back and the ‘fastest finger first’ has evolved into a ‘triple test’. The episode aired on Monday saw Big B welcoming people back on his set, and also shared how much he missed them. With 10 contestants back on the platform, he explained the new selection process for the hot seat to them. This week, there is a healthy mix of teachers, a veterinary doctor, police and railway officers, an ex-army official and entrepreneurs who will be trying their luck.

The first contestant to reach the hot seat was Jharkhand’s Gyan Raj, who teaches robotics to school students. Having left a job at ISRO to be with his ailing mother, his story touched Bachchan’s heart, as he appreciated his journey. While he was quick with questions related to literature and science, Gyan Raj had a tough time with a Bollywood-related question, which made him lose two of his four lifelines. The teacher ended up winning Rs 3.2 lakh after taking a wrong guess. 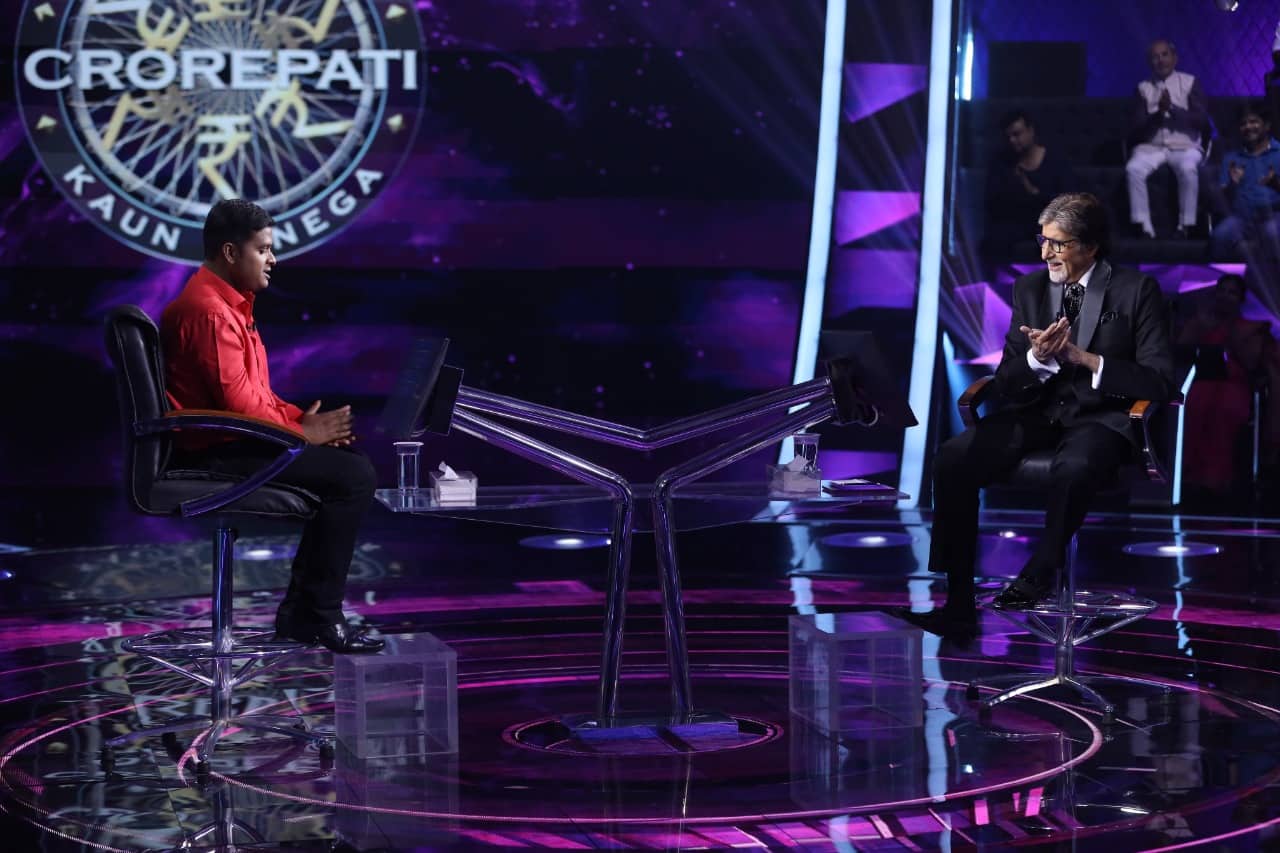 The second on the hot seat was Dr. Neha Bathla from Champawatt, Uttrakhand. The veterinarian shared how she was on the show to fulfill her father-in-law’s dream to feature on the show. She also opened up her heart about her profession and how society doesn’t look at them respectfully as other doctors because they don’t treat humans. Her bright smile and positive energy also got the host in a good mood. She managed to take home Rs 12.5 lakh and shared how she was on the show more for ‘sammaan’ than the money.

In Tuesday’s episode, ‘samosa lover’ Swati Shrilekha, a teacher, who spoke about positivity in life, joined the game. Her excitement at reaching the hot seat left Big B quite stunned. The host will also plan a samosa treat for her as she continues her game in the third episode.

Coming to Kaun Banega Crorepati 13, the beauty of the game show is how classic it is. It’s been more than two decades since the show premiered, and the makers have taken an effort to sustain its original magic. Be it the common people on the hot seat, their excitement at meeting Amitabh Bachchan or the nerve-wracking quizzing that follows. The excitement is palpable, and sometimes one cannot stop themselves from jumping and answering while watching the show on TV. However, given the plethora of content available today, KBC may cater to only the loyalists. The fact that it’s part of many of our childhood memories makes the show special but we cannot say the same for today’s audience that has been brought up on Netflix. The generation vows by OTT, and the show — packed with contestants’ life, sometimes bordering on sob stories, might not be their wheelhouse. 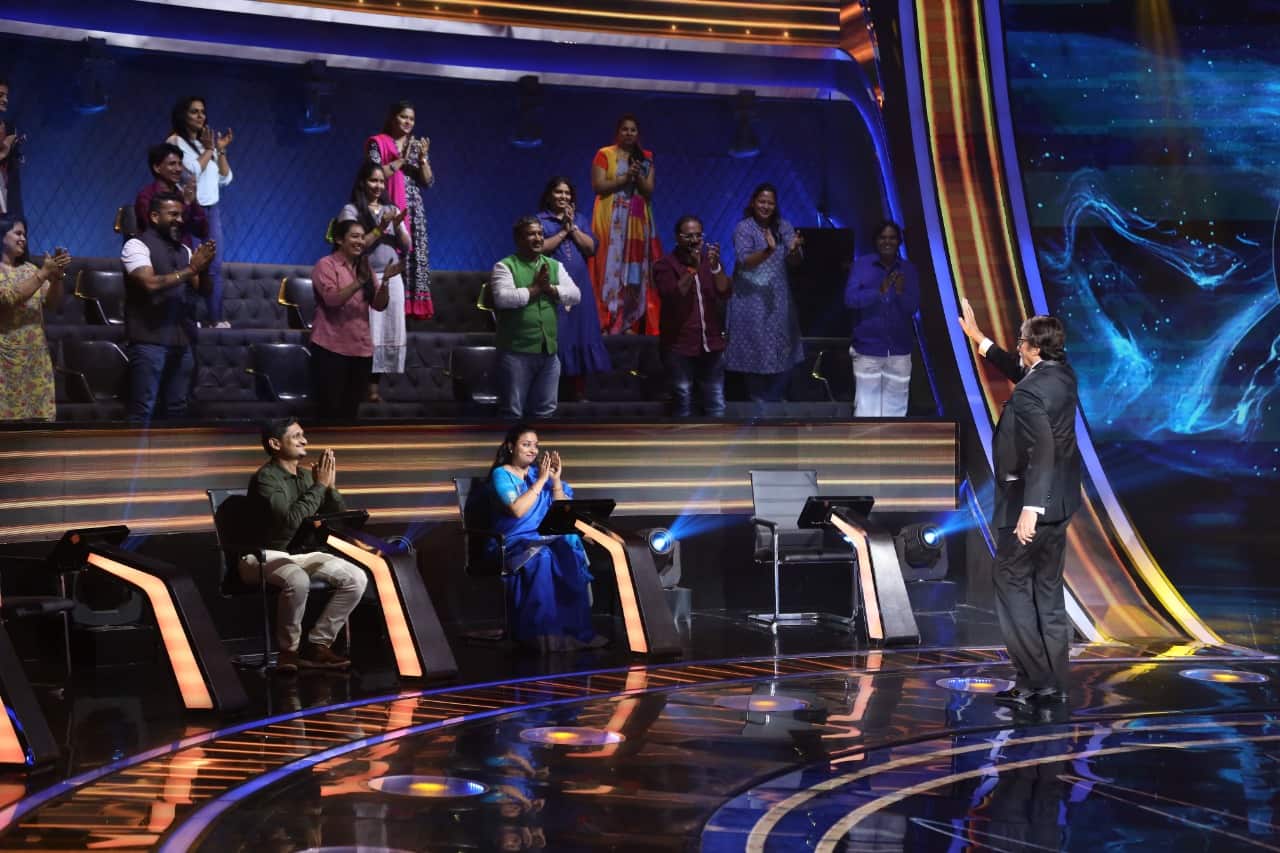 As for the changes this season, the ‘triple test’ comes as an interesting addition. A contestant needs to sustain their speed in all three questions as the final leaderboard calculates one’s overall score. There were instances when someone topped in two rounds, but as they took time to answer the third one, thus losing their chance. The switch is said to give a fair chance to contestants but many would agree that it seems like a more grueling option. Also, while the audience is back when Gyan Raj chose the audience poll, they could not manage to give the right answer. Given people have high hopes from lifelines, it came as quite a disappointment.

And here we would like to point out that while makers and Big B himself will disagree, he sometimes does sneakily helps contestants. For this mentioned question, as the audience wrongly guessed the singer of the remixed version of “Naino Mein Sapna” as Kumar Sanu, Amitabh Bachchan warned Raj that the audience poll is not 100 percent trustworthy. Taking the cue he flipped the question, avoiding losing all he’d won till then. We need to mention that we miss Big B’s ‘lock kiya jaye’ as he has now picked up ‘confirm kar de’ as the final assurance.

The prize of Kaun Banega Crorepati 13 has seen an upgrade — every crorepati will now also take home a Hyundai car. With the show expected to run for three months, and some popular celebrities joining in every Friday, it’s going to be a treat for KBC and Big B fans. And if one is yet to discover the game show, well, given its old-school vibe, we don’t think they will ever in this lifetime.

A doctor who became an actor

‘The Young And The Restless’ Spoilers For The Week Of December 17: The Newmans Fear For Nikki’s Life

Man externed from Mumbai in 2017 held with ₹20L-worth drugs

Do I have to die to get proceedings going?: Anurag Kashyap’s accuser asks cops

Video: PM Modi speaks in eight regional languages to say ‘everything is fine’ in India

Top news photos: The trade war between China and the United States, AP students clean Visakhapatnam beach ahead of International Day for the preservation of the Ozone layer 2019 and more