Kartik Aaryan is ready to make his debut in a Web series.

But not as the leading man.

The actor will be seen in a guest appearance in the second season of Masaba Masaba, which will start streaming on Netflix from July 29.

In Masaba Masaba 2, Kartik will be seen in the opening sequence of the first episode.

He plays himself, and features in a dream sequence with Neena and Masaba Gupta.

This will be for his mentor Luv Ranjan’s next untitled film, starring Ranbir Kapoor and Shradha Kapoor.

A source close to Kartik tells Subhash K Jha, “When Luv Ranjan asked Kartik to put in a guest appearance, he didn’t even think twice. He immediately said yes. Luv is the director, who gave Kartik his first break. Kartik is eternally indebted to him.” 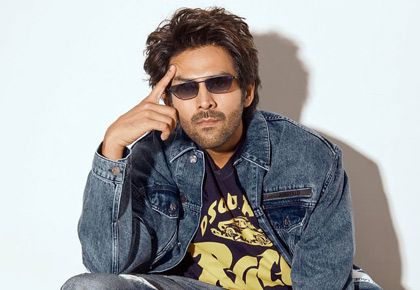 Rebekah Vardy goes on her EIGHTH holiday of the year