In Adipurush, Prabhas plays character inspired by Lord Ram, Kriti Sanon plays Sita while Sunny Singh essays the role of Laxman. Saif plays the antagonist Lankesh, which is expected to be inspired by the demon king of Lanka, Ravana. 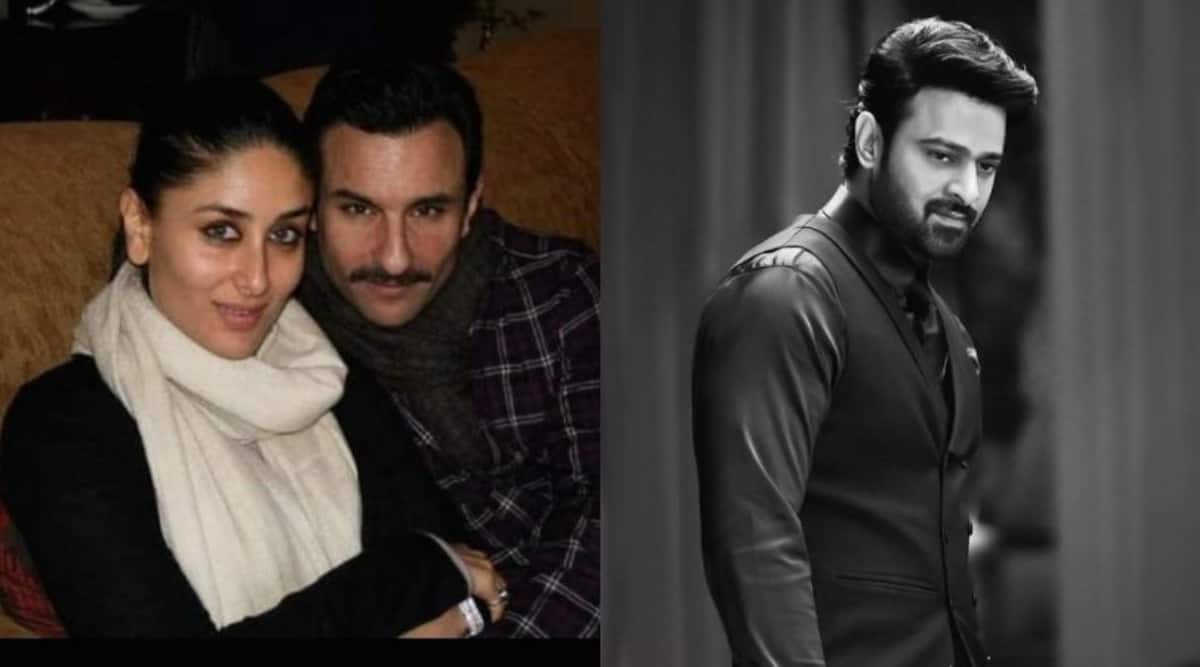 Actor Kareena Kapoor Khan binged on some biryani, which was sent over by Prabhas. She took to Instagram and shared a photo of her dinner.

“When Bahubali sends you biryani it’s gotta be the best. Thank you Prabhas for this insane meal,” she wrote and added the Adipurush hashtag. Prabhas and Kareena’s husband, actor Saif Ali Khan are working together in Adipurush, an adaptation of Hindu epic, Ramayana.

In Adipurush, Baahubali star Prabhas plays character inspired by Lord Ram, Kriti Sanon plays Sita while Sunny Singh essays the role of Laxman. Saif plays the antagonist Lankesh, which is expected to be inspired by the demon king of Lanka, Ravana. 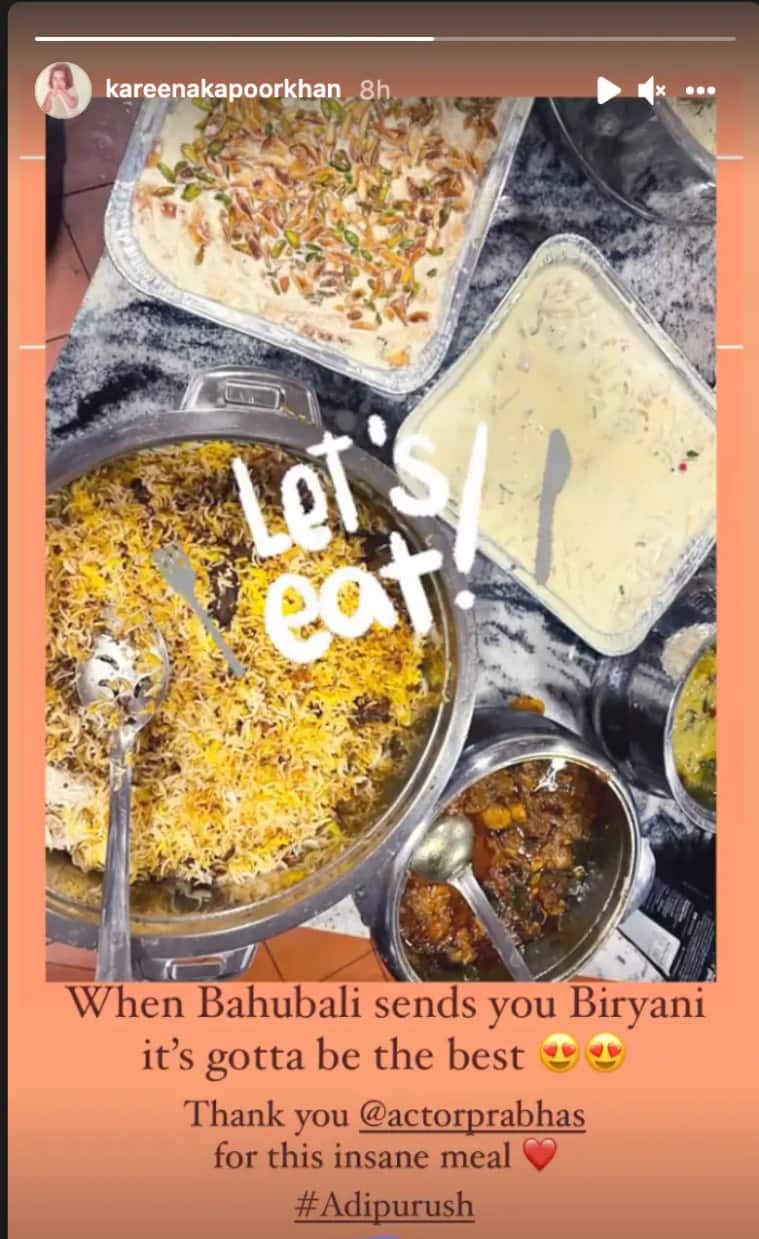 About working with Saif for the first time, Prabhas had said in a statement, “I am excited about working with a talented actor like Saif Ali Khan. To be featuring alongside such a great actor on the big screen is a matter of pride for me.”

As Saif was trolled for ‘humanising’ Lankesh, the film’s writer Manoj Muntashir had clarified, “Saif was recently trolled for his remarks about [humanising] Lankesh, but there is nothing offensive in the film. Saif was misunderstood. Raavan is perceived as an all-black figure, but in our film, he will be seen in all his shades. He will be shown as a flamboyant king, who was also cruel and sadistic.” Saif had earlier said that the movie will ‘humanise’ Lankesh which got him much backlash on social media.

The film is directed by Om Raut of Tanhaji: The Unsung Warrior. Prabhas had said about the film, “Every role and every character comes with its own challenges, but portraying a character like this comes with tremendous responsibility and pride. I am very excited to portray this character from our epic specially the way Om has designed it. I am sure the youth of our country will shower all their love on our film.”

The release date of the movie is yet to be announced.

Sima Taparia: ‘The key to a happy marriage? Compromise, adjustment and love’