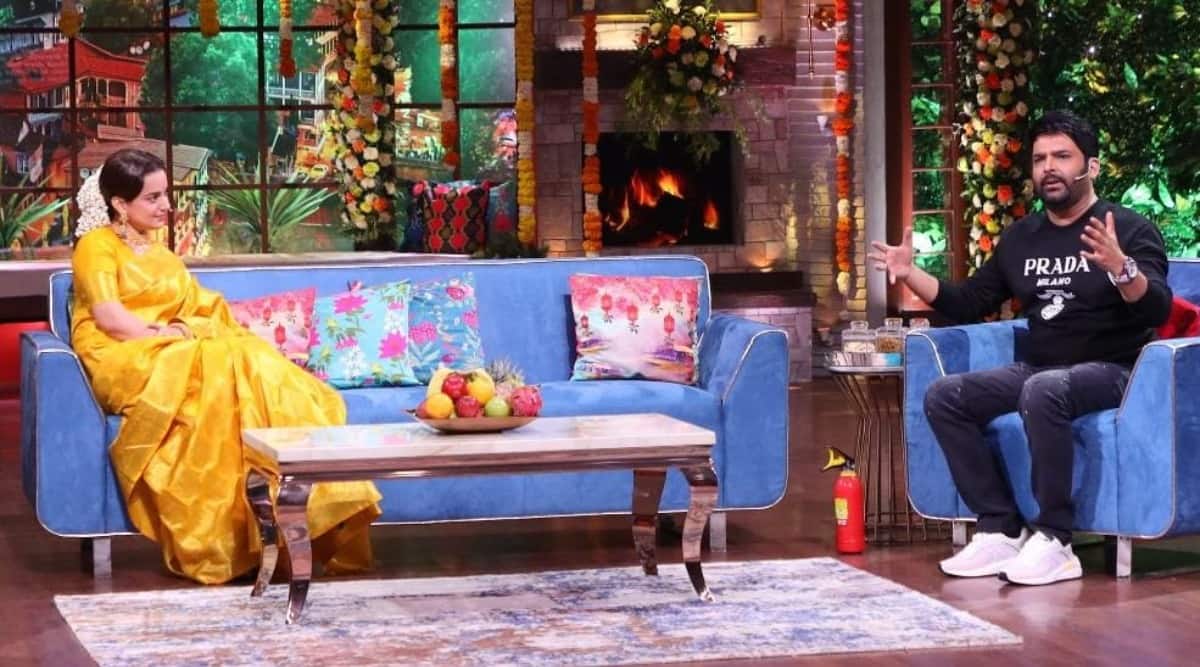 One can trust Kapil Sharma to pull Kangana Ranaut’s leg and leave her tongue-tied. The Thailavii actor will be seen as a guest on The Kapil Sharma Show this weekend. And while on the comedy show, the actor had to face Kapil and his teammates’ comic comments.

On Thursday, Sony TV released a video giving a glimpse of the fun episode featuring the actor. As Kapil welcomes Kangana on stage, he asks her how does one get so much security. The actor responds, “Sach bolna padhta hai (One needs to say the truth)”. Seeing the comedy star carrying a fire extinguisher, Kangana asks him about the same. In his defence, Kapil says that the channel told him that the actor sets everything on fire wherever she goes, so he has to take precautions.

Kangana is seen laughing wholeheartedly as Kapil retorts, “Kaisa lag raha hai itne din hogaye hai, koi controversy nahi huyi (How does it feel you haven’t been part of any controversy in many days)?” The rest of his team also joins him.

Enacting the role of Sapna, he tells Kangana that Kapil Sharma has pulled down her beauty parlour from the set. Referring to the actor’s office being demolished by the BMC, Krushna says, “Apni cheez jab toot ti hai to andar se kaisi feeling hoti hai aapko acche se pata hai (You know the pain when you see something you own being demolished).”

Kangana Ranaut will be joined by Thailavii director A.L. Vijay and producers Vishnu Vardhan Induri and Shailesh R Singh. The episode will also see Kapil Sharma and his teammates celebrating Ganesh Chaturthi by welcoming and worshipping a Ganesha idol on the set. Apart from the Thailavii team, yesteryear superstar Govinda and his family will also grace the show this weekend.

Mega Lok Adalat on August 8, around 10,000 cases likely to be settled