Kapil Sharma confirmed that The Kapil Sharma Show is returning with all the old faces as he shared photo with Krushna Abhishek, Bharti Singh, Kiku Sharda and Chandan Prabhakar. 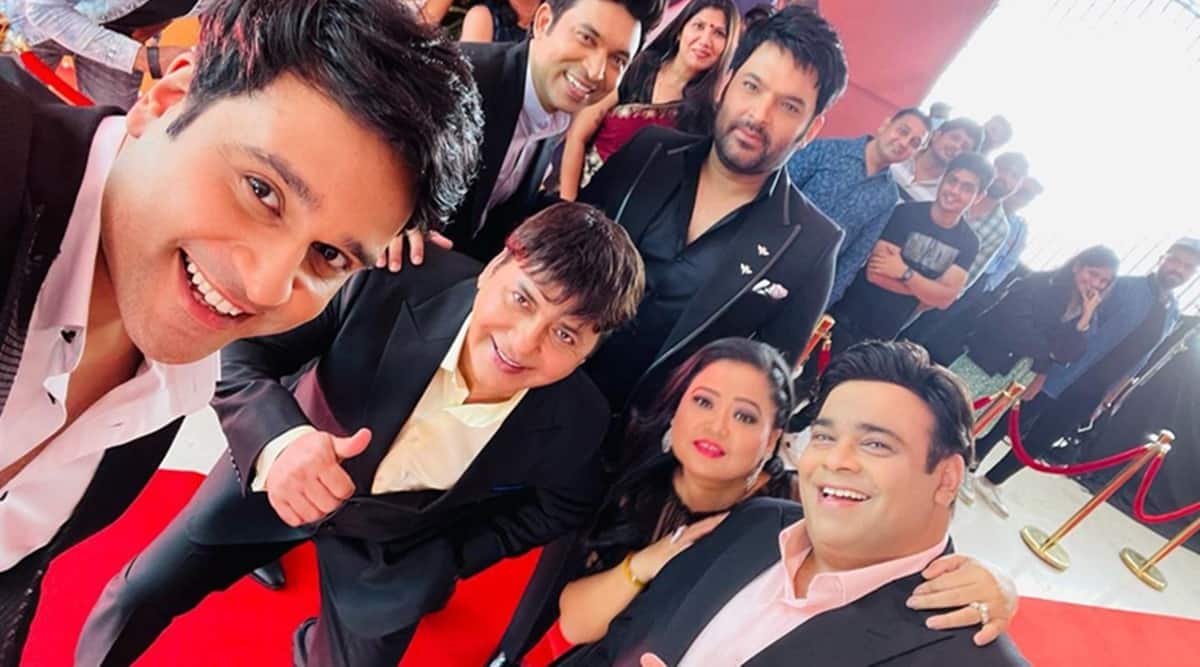 The Kapil Sharma Show fans have a lot to cheer for as Kapil took to Instagram to confirm the return of his show soon. Sharing photos from what looks like the set of the revamped show, the comedian posed with Krushna Abhishek, Bharti Singh, Kiku Sharda and Chandan Prabhakar.

A source told indianexpress.com that the team has shot for the promo of upcoming season of The Kapil Sharma show today at Aamby Valley. “The set is under construction and it will take sometime for the series to go on floor. As of now, they have filmed the promos, which will also see the team welcome Sudesh Lehri on board. The show will mostly go on air by end of next month.”

While sharing the photos, Kapil wrote, “New beginning with all the old faces 😜 🤩 #tkss #thekapilsharmashow #blessings #gratitude #comingsoon.” While Kapil stopped short of naming a date as he posed with other members of his cast, speculation suggests that it might be in late August.

The Kapil Sharma Show took a break earlier this year for creative reasons and also as Kapil wanted to spend time with his newborn son. While makers had earlier planned to resume shoot in May, the devastating second wave of Covid-19 put paid to that. With things opening up in the city, there were reports that the show will soon be again on air.

He had tweeted in March that he is looking for fresh talent for his show. “I am excited and happy to welcome new talent – actors and writers on The Kapil Sharma Show. Looking forward to meeting like-minded and talented individuals who have the right passion towards entertainment,” Kapil had written. The actor-comedian is also a part of Netflix show whose details are being kept under wraps.

Roxy Mitchell ‘back from the dead’ in EastEnders cameo