Kanika Dhillon on Monday slammed fellow writer Navjot Gulati for pointing out at her solo credit slate given by Netflix in the upcoming Taapsee Pannu starrer, Haseen Dillruba. 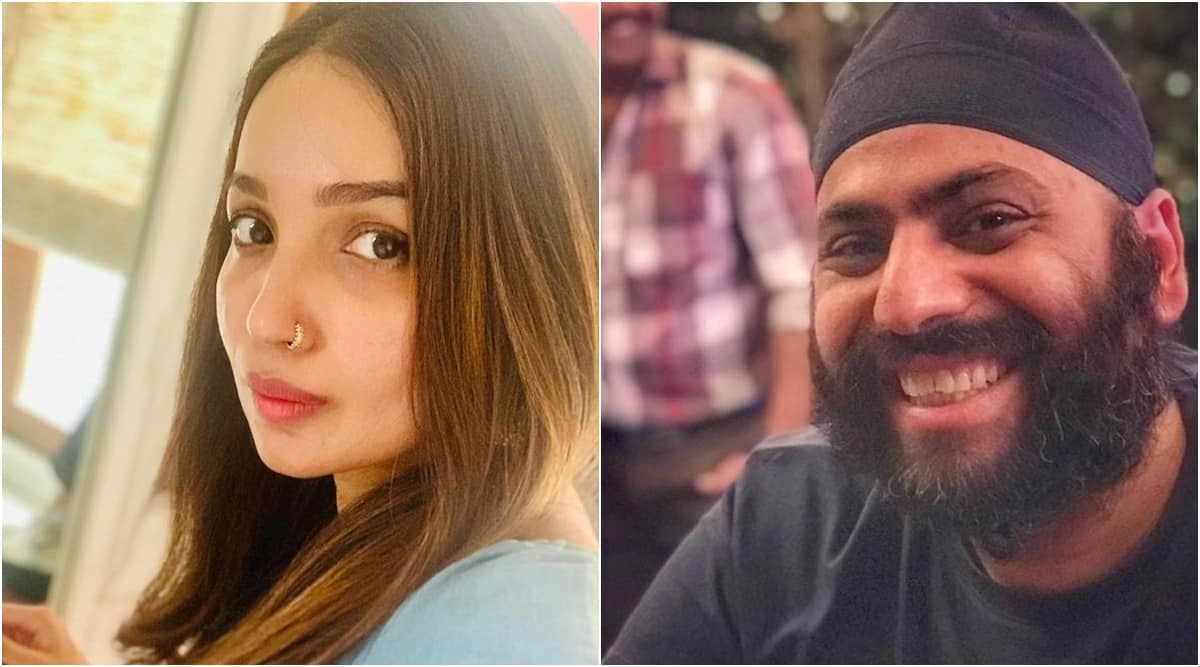 Bollywood screen writer Kanika Dhillon has slammed writer-director Navjot Gulati for claiming her ‘personal relationship’ in the production house, helped her get a separate writer’s credit slate in the recently released trailer of Haseen Dillruba. In a strong exchange of words on Twitter, Kanika lashed out at Navjot. She elaborated her stand in an interview to indianexpress.com.

“I want to highlight it because this is something very nasty that has happened in the public domain and I won’t let it go. After being in the industry for so long, we have people like him who completely spit on your hard work. This has to stop at some point,” Kanika told indianexpress.com.

It all started when on Monday, Navjot Gulati took to his Twitter account and wrote, “If you want top billing as a Screenwriter in a trailer(something that should be the norm)You need to marry into the production house. Once the Writer becomes a family member, is treated like an Actor-Star. #Goals.”

He appeared to be referring to the standalone plate given to Kanika Dhillon in the upcoming Netflix film, directed by Vinil Mathew and starring Taapsee Pannu, Vikrant Massey and Harshvardhan Rane. Kanika, who has written the script, also has movies like Manmarziyaan, Kedarnath, Judgementall Hai Kya and Guilty to her credit.

She was quick to respond, “Hi @Navjotalive. I am quite shocked by ur extremely SEXIST – MYSOGINIST and bordering on IDIOTIC comment Neither will I list down my body of work cos ur pea sized brain will not be able to process a successful woman making it on her own! U may hav a brain freeze! Have a good day.” In another tweet, she added, “And mr @Navjotalive because of writers like YOU – who display their STUPIDITY on something tht should be Applauded as a welcome step by the writing fraternity- other very deserving writers do not get top Billing as is their right—- shame on u!”

Kanika had tied the knot with writer-producer Himanshu Sharma earlier this year. Himanshu has co-produced Haseen Dillruba with Aanand L Rai. “He says because I married Himanshu, who’s Aanand L Rai’s partner, this has happened. Himanshu isn’t aware and I don’t want him to get into it. This is my thing. Everytime a woman is more successful, people pick at her personal equation with a man. I’m getting messages from the industry supporting me. If he can do this to me who has six films to my credit, I just wonder what people like him will do to young girls who are just coming in,” Kanika added.

Taapsee supported her stance, “A progressive call to credit a writer turned into a sexist rant by the age old misogyny of crediting a woman’s success to the house she marries in or the man she married. Your righteous call for equal credit can’t be overtaken by the bitterness in u.”

Netflix, just like other leading streaming platforms, is not known to give enough credit to the writers of its projects in trailers. Kanika revealed that Haseen Dillruba is a welcome move. “Netflix was very gracious about it. It’s team reached out to me to inform that they’ve decided to give me a writer’s credit, among the top billing of the marketing material. I thought it was a very progressive step in the right direction. Even people have been lauding this move ever since the trailer released.”

Reiterating her point, Kanika told us that the struggle is still on. “The contracts are made in such a way that it’s always the producer’s call. Writers don’t really get much in return. We don’t get any confirmation as to where our credits will be carried, we are dropped at wherever it is convenient for the producer. Thankfully I can negotiate well for myself. So this (Navjot’s claim) is taking away all the hardwork and ownership that should be given to a creator along with a director. Because of misogynist people like him… My problem is he’s also a writer and from the same industry.”

Cinema quiz: How well do you know Indian movies on cricket?

Buchi Babu decides to team up with Vaishnav Tej again