Kangana Ranaut, who's awaiting the release of her upcoming movie Thalaivii, a biopic on late J Jayalalithaa, said keeping "our people and our industry" a priority is important to "make an Atmanirbhar Bharat". 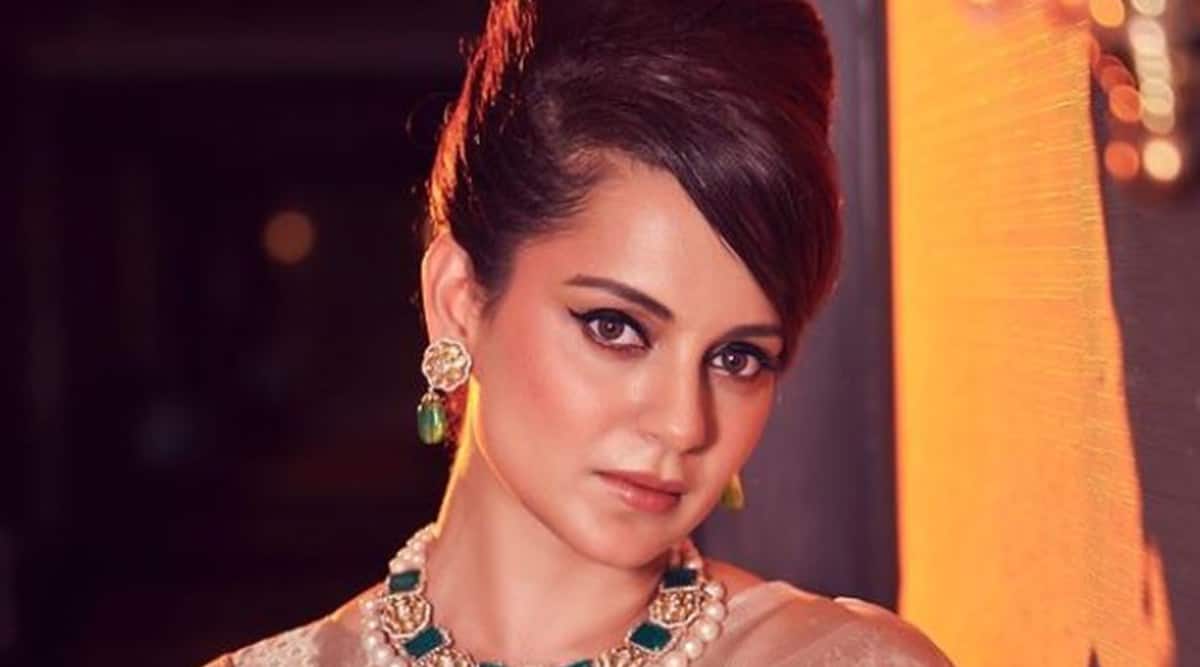 Actor Kangana Ranaut on Thursday said that there is a need to discourage Hollywood movies and instead promote Indian stories from different languages.

The 34-year-old actor, who was in the national capital to promote her upcoming movie Thalaivii, a biopic on late J Jayalalithaa, said keeping “our people and our industry” a priority is important to “make an Atmanirbhar Bharat”.

“We need to discourage American and English movies as they are taking over our screens. We need to behave like one nation. We need to stop dividing ourselves like North India or South India. We need to enjoy our own films first, be it Malayalam, Tamil, Telugu or Punjabi,” Ranaut told reporters during a press conference.

The actor said Hollywood has destroyed French, Italian, German and other industries by creating a global monopoly.

“This is what they are doing here also… We don’t appreciate each other, and rather see the dubbed versions of Lion King or Jungle Book. But we will not give a dubbed version of a Malayalam film a chance. This will not work in our favour. We must keep our people and our industry our priority. This is the way to make an Atmanirbhar Bharat,” she added.

Ranaut’s latest movie, Thalaivii, which was simultaneously in Tamil, Hindi and Telugu languages, is directed by AL Vijay and written by KV Vijayendra Prasad, Madhan Karky and Rajat Arora.

Ranaut, who plays the former Tamil Nadu CM in the movie, said she had a different perception about politicians but it all changed after she took on the role.

“We usually see politicians from a certain lens but in reality we don’t know anything about their lives and how they become what they are… But when I took on this role, I realised how tough the job is and how much hard work it requires… I believe that we are often harsh towards politicians because of their political success,” she said.

At the press conference, the actor also addressed her quarrel with multiplex owners over the release of the Hindi version of Thalaivii.

Major multiplex chains have declined to screen the Hindi version of the film in north India as they claimed that they were only offered a two-week window, while the Tamil and Telugu versions will be screened in theatres for four weeks before making their way to OTT platforms.

“We have seen in the past that they are very much okay with releasing big heroes and big studios’ films. So this kind of gangism and groupism happens all the time… I believe that we should put our faith in single screen theatres,” she added. The actor further said that she could relate a lot with Jayalalithaa as her own personal struggles were quite similar to the challenges that the late politicians faced in her life.

“As a woman, who is working in the men’s world, I feel that women are underestimated, especially in leadership roles. When it comes to leading, women are not the obvious choices and Jaya Ma also struggled with that.

“Similarly, when I became a director, I also faced a lot of flak from all across. I was even banned by the media and the film industry… So these are the things that I faced. I gave a political opinion and due to that my house was demolished, even though the court later said that it was a criminal act. I was vindicated but at the same time, they tried to crush my voice,” said the actor while talking about BMC”s decision to demolish her office in Mumbai last year.

When asked whether doing a political movie like Thalaivii was a step towards getting into the world politics, Ranaut said she is not a politician.

“I’m a nationalist and speak a lot for the country. That’s why people believe that I’m interested in politics. These are two different things. I’m not a politician but a responsible citizen and people have brought me to this stage as they know that I will speak on their behalf,” she added.

She said the decision to get into politics is not hers to take.

“Whether I should get into politics or not, this decision will not be mine. Without the support of the people, a person cannot even win a panchayat election. If I have to get into politics, then it is important that people are supportive of me, elect me or they see that I have the calibre of a politician. But right now I feel that I’m good as an actor,” Ranaut added.

The film will be released in theatres on Friday.

Pooja Bedi on standing up for men’s rights: ‘Men are equally human, they cry, their rights matter equally’

Rubina Dilaik on relationship with husband Abhinav Shukla: ‘I want to show how much I love him’

Bhavihal lake comes back to life

Pioneer on the rural front