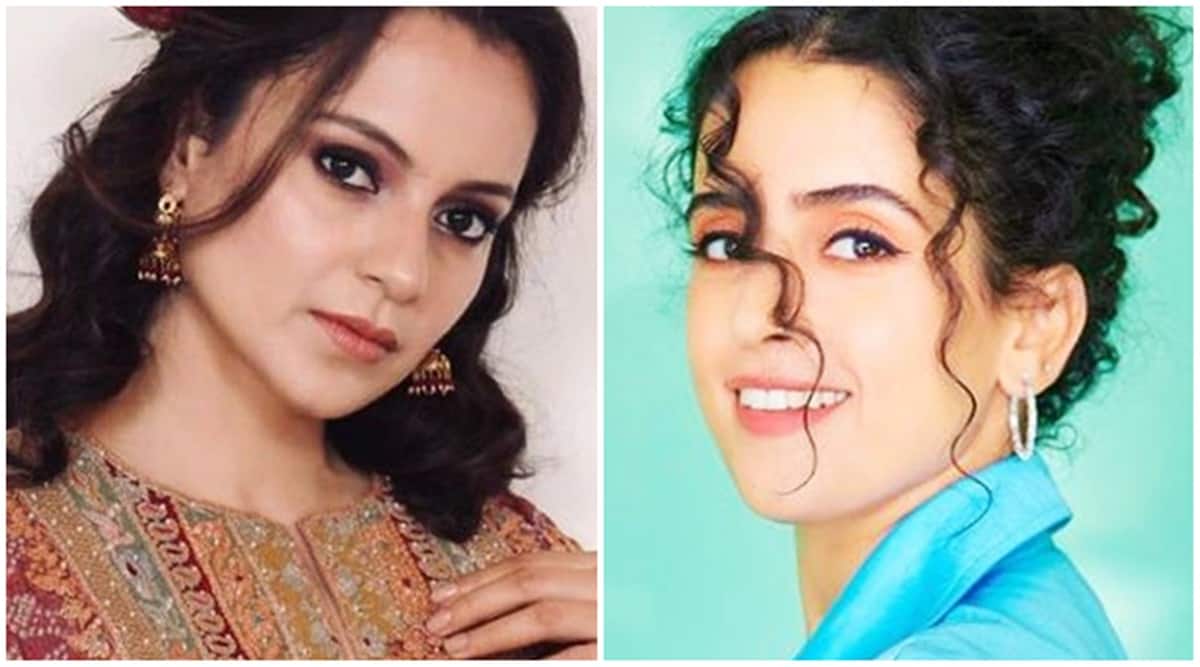 Sanya Malhotra is currently basking in the glory of her latest release, Pagglait, which has drawn immense praise for the actor from fans and critics alike. Now joining the growing list of her admirers is actor Kangana Ranaut, who has sent her best wishes for Sanya.

Kangana on Tuesday took to Twitter to lavishly praise Sanya and write that the actor is deserving of the adulation that’s coming her way courtesy the Umesh Bist directed drama.

“She is soooo good …. I am gald people are recognising her talent, I heard #PagglaitOnNetflix is doing amazingly well… so happy for you Sanya you deserve everything and much more … lots of love to you,” Kangana wrote, quoting a tweet by Sanya.

Sanya was elated by Kangana’s praise and wrote, “Thank you so much. It really means a lot.”

The Indian Express critic Shubhra Gupta shared in her review of Pagglait, “The Sanya Malhotra starrer is sharp yet subtle. With an ensemble cast and its heart in the right place, Pagglait only veers off-course when it becomes too heavy-handed.”

‘Grey’s Anatomy’ Spoilers: Maggie & Jackson Could Be Headed For Disaster