Kamal Haasan became the first leading celeb to take a COVID-19 shot on Tuesday as a nationwide vaccination of persons above 60 and those over 45 with illnesses began. 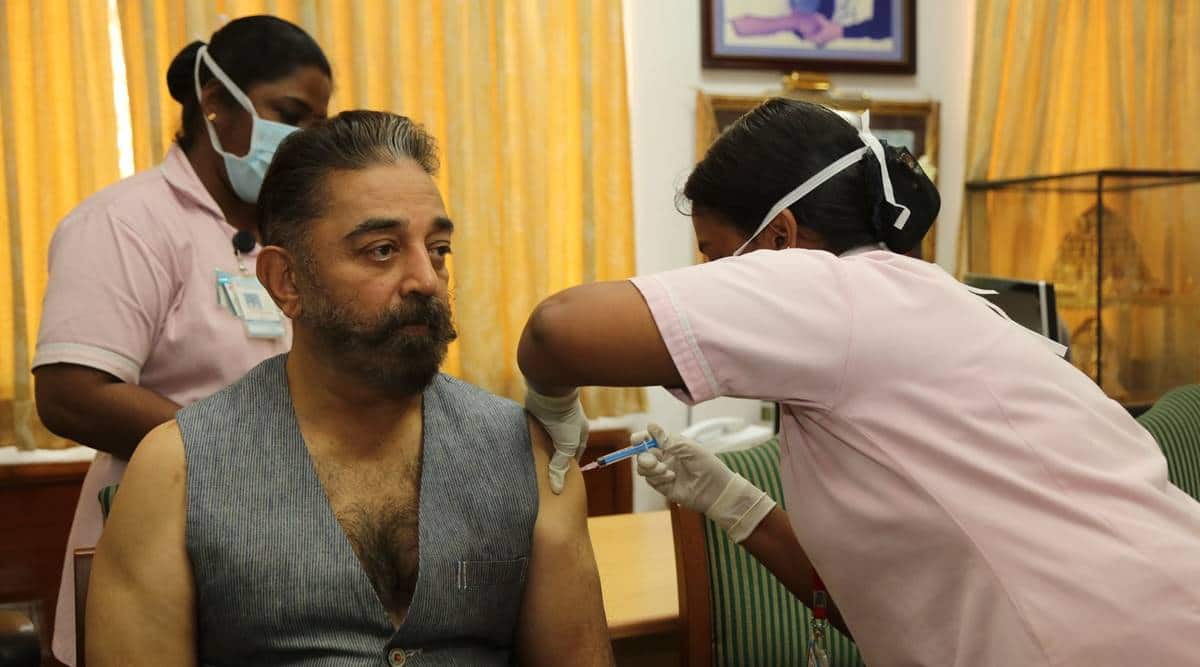 The who’s who of India is actively participating in the second phase of the coronavirus vaccination drive, which began on March 1. The latest high-profile personality to take the COVID shot is filmmaker-politician Kamal Haasan. He took to Twitter on Tuesday to share the news while encouraging others to do the same right away.

“Sri Ramachandra Hospital I got vaccinated. Everyone who cares not just about themselves but also about others should get the vaccination immediately. Today immunization of body, next month vaccination against corruption. Get ready (sic),” tweeted the 66-year-old acting legend, while sharing the picture of him receiving the jab.

The last part of Kamal’s tweet about vaccination against corruption referred to the impending state elections, which are set to take place on April 6. The actor’s party Makkal Needhi Maiam is fighting in the elections.

Anybody who is aged 60 and above is eligible to get the vaccination in this round as are people who are aged 45 and above and have comorbidities. While the vaccination is given free of cost at the government facilities, people can also get the shots at private hospitals at a nominal charge.

Those who fall under the eligibility can schedule their appointment at the nearest vaccination centre using the Co-WIN 2.0 portal or through other IT applications such as Aarogya Setu.

Pahlaj Nihalani responds to Kangana Ranaut’s allegations: ‘She should not play with me’

Will Navneet Kaur return to NCP?