Jack Ryan is back with a new mission. This time, to stop a World War.

The writers of the third season of Tom Clancy’s Jack Ryan have cleverly chosen a story that resonates with the dominating problem on the world stage today.

It deals with the dynamics of Russia-NATO relations, touches upon Russia’s invasion of Ukraine and the fragile politics of Eastern Europe.

Though Jack Ryan has his individual moments of heroism and glory, this particular story has many heroes who are as essential to the plot, and achieving their objective is more crucial than that of the CIA analyst Ryan is.

Ryan had crucial allies in the earlier seasons too, but he never seemed to be just playing along their game.

However, this season has moments rendering Ryan completely helpless and if not for the vital assistance provided by these allies, his mission is all but over.

Like the earlier seasons, John Krasinski plays the part with ease and spontaneity.

While it is not new for Ryan to disregard the orders of his superiors and work according to his convictions,, this time, he is not just battling non-cooperation, but active hostility from the Agency that charges him with spying and wants him to face the law.

The story travels through several Eastern European capitals before arriving in — where else? — Moscow where a plot is being hatched to revive the old Soviet Union. Brewing this plot is a former Red Army soldier who has the support of an old comrade and a young, ambitious, politician who wants to seize power.

Although the previous seasons had climaxes that went to the brink and back, the climax in season three is especially long drawn. Each time you think that now it’s over, it goes a step ahead.

The problem with showing the United States and Russia going to the brink of war is that you need a very strong element to defuse the situation. The writers and directors seem to be mindful of this and therefore, the climax doesn’t look over dramatic.

Of course, there are several moments where Bollywoodish drama gets an upper hand over realism. Such sequences weaken the story.

One particular flaw with the storyline is that certain plots are obvious to the viewer, but when Ryan discovers those secrets, he acts surprised and bewildered. It becomes difficult for the viewer to share the protagonist’s astonishment as they are in sync with the plot.

Despite these holes in the plot, Jack Ryan Season 3 is worth a watch if you are looking for a spy thriller with elements of contemporary world politics bunged in. 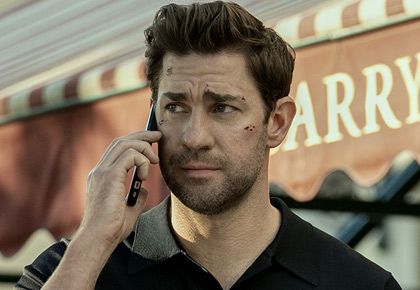 Will Smith not returning for Suicide Squad sequel

I want to play in any tournament where KKR has a team: Narine