Jack Reacher is following Jack Ryan to the small screen after two big screen outings with a new TV series in the works.

But if you’ve never met the former major in the United States Military Police Corps before, here’s what you need to know to bluff your way through a conversation with a Jack Reacher fan – and potentially get you excited for the new show.

Jack Reacher books: How many have there been?

The character is the creation of British author Lee Child, the pen name of Jim Grant, who describes Jack Reacher as “two things in one”.

“On the surface, he is an ex-military cop who is suddenly dumped out into the civilian world. He doesn’t fit in, and he spends his time wandering America, seeing the things that he’s never had time to see before. He’s trying to stay out of trouble, but masterfully once a year getting into trouble,” Child told Time.

“He’s also the descendant of a very ancient tradition: the noble loner, the knight errant, the mysterious stranger, who has shown up in stories forever… He is a truly universal character.” 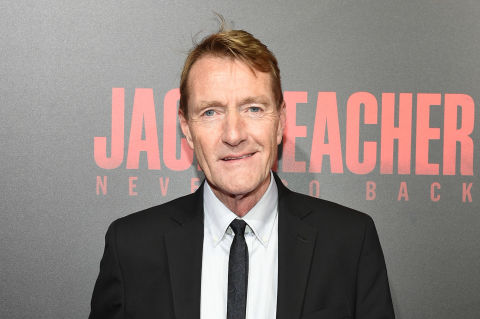 As of September 2018, there have been 22 novels in the Jack Reacher series, starting with Killing Floor (1997), although if you wanted to read them in chronological order, you’d have to start with The Enemy (2004) as even though it’s the eighth novel to be released, it’s set while Jack Reacher is still in the military.

You would then have to read Night School (2016) and The Affair (2011), before reading Killing Floor and continuing with the series in its publication order. The 23rd Jack Reacher novel, Past Tense, will be released in November 2018.

There are also 12 short stories and novellas featuring Jack Reacher if you want to be a completist and you’d have to read four of these – Second Son, High Heat, Deep Down and Small Wars – before starting on The Enemy if you wanted to read in chronological order.

Jack Reacher movies: Why the controversy over Tom Cruise?

After numerous attempts to adapt the novels for the big screen, a Jack Reacher movie was finally announced in July 2010 as Christopher McQuarrie signed on to direct and rewrite an existing script.

However, controversy followed as Tom Cruise was cast as the eponymous hero in July 2011 and it was all to do with height. In the novels, Jack Reacher is described as being 6’5″ and weighing between 210-250 pounds with a 50-inch chest. He is, to put it another way, a considerable unit and the 5’7″ Cruise doesn’t quite measure up to it. 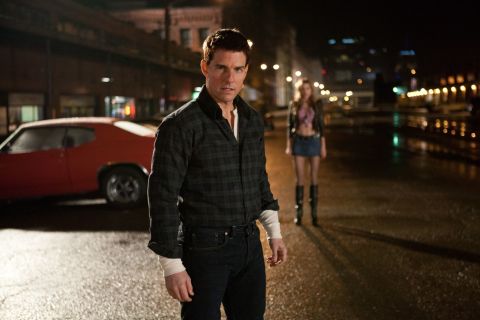 This outraged fans, but Child defended the casting by telling BBC News that it’s “completely impossible to literally transfer the page to the screen”. “People think we should have had an actor that looks more like Reacher is described in the books,” he added.

“First of all there aren’t any such actors, so it’s much more a question of which actor has the talent and screen presence to create what Reacher does on the screen, and that really comes down to finding the actor with the most talent.”

Child also noted that Jack Reacher’s size in the books is “a metaphor for an unstoppable force”, something which Cruise would be able to portray on screen. “With another actor you might get 100% of the height but only 90% of Reacher. With Tom, you’ll get 100% of Reacher with 90% of the height,” he told The Wall Street Journal.

But the fan outrage obviously didn’t stop the movie from getting made and the first movie, Jack Reacher, was based on the ninth novel One Shot. 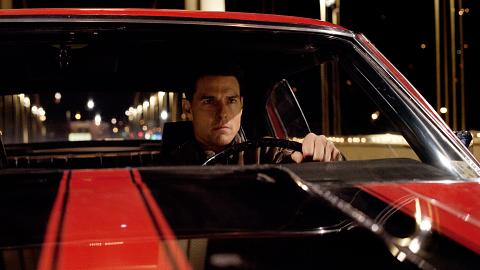 It gained solid reviews and $218 million at the box office following its release in 2012, which was enough for it to lead to a sequel. Out went McQuarrie and in came Edward Zwick who teamed up with the still-not-tall-enough Cruise for Jack Reacher: Never Go Back, based on 18th novel Never Go Back.

This fared less well with the critics and grossed $162 million at the box office following its release in 2016, a disappointment given that generally you can expect sequels to have an uplift at the box office.

As for whether we can expect a third Jack Reacher movie, Cruise has been busy making Mission: Impossible – Fallout, where no-one complained about his height, so there has been nothing set in stone about another movie – something which seems less likely given the latest news…

Jack Reacher TV series: What can we expect?

It seems that Lee Child has changed his stance on the current screen version of Jack Reacher as he announced in late August 2018 that he was working on a new TV reboot of his character.

“I’ve got tens of thousands of letters saying they didn’t like Cruise because he’s too small, basically,” he told The Guardian. “Part of Reacher’s appeal is that he’s very intimidating. Even without doing anything, if he walks into a room, people are a little bit uneasy. It was felt that, for all his virtues, Cruise didn’t represent that. So the readers were cross from the beginning.” 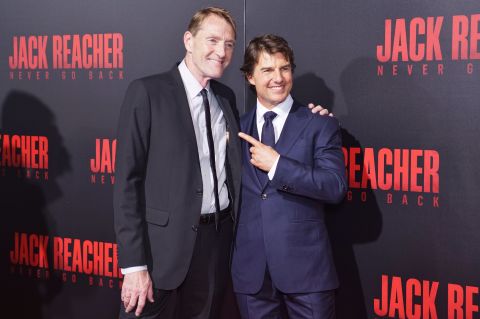 While nothing has been confirmed yet for the TV show, he hopes that a deal will be made official by November and each season will devote around 10 to 12 hours to each book it adapts.

And it sounds like Child will be trying his hardest to find a star that matches the physical attributes of Jack Reacher on the page. “That’s the great thing about television. It’s much less star-driven than feature films. So it doesn’t need to be a so-called A-list guy,” he explained.

Maybe he can reach out to Dwayne Johnson ? The Rock revealed in 2017 that he “went after” the role before Cruise got it.

Kanye is bringing his Sunday Service to Coachella on Easter

Fifth Harmony’s Lauren: Camila Dating Rumors ‘Made Me Feel Like a Predator’