Ranveer is loud, but not shrill, notes Subhash K Jha.
As in singing, in acting holding your pitch in the higher notes is a Himalayan task.
Ranveer resides on the highest notes of the musical mountain and still manages to be coherent, fluent and persuasive.

When I first spoke to Ranveer Singh on the day after his Band Baaja Baaraat released in 2010, he was respectful, attentive, eager to learn.

We spoke at length about the response to the film and his career.

“Thank God,” he said, “no one says any more than my debut was financed by my father.”

“That to me is my biggest victory.”

Ranveer was spoilt for choices.

“I think after Band Baaja Baraat I need to do completely contrasting character.

“Someone who is not loud, opinionated and unsophisticated.”

The suffering of waiting was over for this debutant who came in from the outside.

Brimming with enthusiasm, Ranveer had said to me in 2010, “Not since Akshay Kumar and John Abraham has there been a male lead from outside the industry getting such positive reactions.

“I just hope my example encourages talent from outside.

“Because right now the perception is outsiders don’t stand a chance.

“I had no reference like mine to give me hope when I was going through my struggle period.” 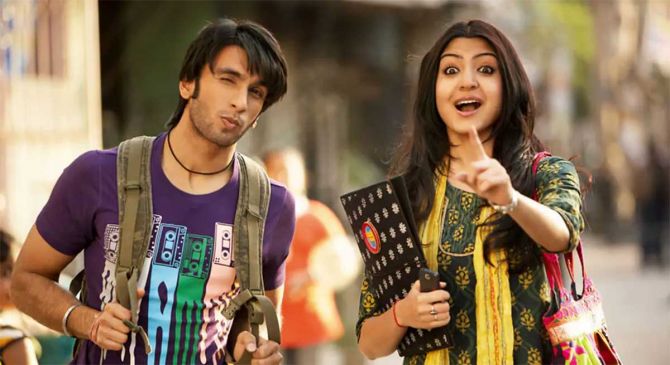 “It was completely out of the blue from Casting Director Shanoo Sharma.

“I remember I was out on a date when Shanoo Sharma kept calling. I avoided her calls for as long as I could because I had other things on my mind at that moment.

“Imagine if I had not taken the call from Yashraj for a fling that lasted exactly ten days!

“Anyway the next day I was at Yashraj doing two scenes. I got called back in three days.

“Later, Adi Sir (Aditya Chopra) told me he had made up his mind immediately.”

In the same 2010 interview with me, Ranveer said he was pleased he didn’t get a conventional romantic debut.

“The story in Band Baaja Baaraat is terrific. And my character Bittu was so much fun for me to play because he’s so far removed from my own world.

“It was more than I could ever ask for.

“I was more than happy to be a simple character in a simple story.

“Not too many newcomers can dream of a break like Band Baaja Baaraat, certainly not someone unconnected with the film industry.” 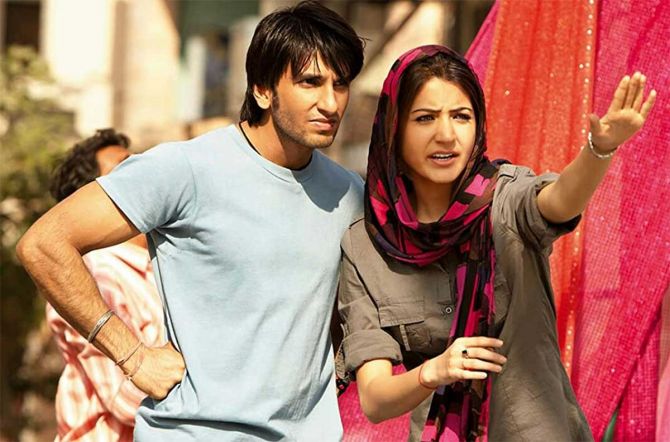 Catty elements within the industry had spread the rumour that his father, a prosperous businessman, had financed the film.

Confesses the young polite actor, “Yes, that hurt on several levels. Such ugly rumours took away from my pleasure at being the first solo hero to be launched by Yashraj.

“Yeah…it was upsetting. My father and my family’s pride that I had made it on my own got blunted when it was said that they financed my debut film.

“It was like taking away from my little achievement. I was upset more for my parents than myself.

“I was also upset for Yashraj. Did they need my father’s money to make a film? The entire film industry knows Yashraj doesn’t need to do all this. It’s absurd. They don’t need anyone’s money to make films. Certainly not my father’s.” Ranveer maintained he was “very good friends” with co-star Anushka Sharma, though they bickered non-stop like their characters in Band Baaja Baaraat.

“She and I are very good friends. How can I change that truth just because it sounds clichéd?

“We came from two different schools of film-making.I’m a trained actor. She never attended any acting school.

“As a model she had faced the camera before acting and had already done two films before Band Baaja Baaraat.

She is a one-take actor. I believe in lots of rehearsals. And that was very annoying for Anushka because her first take was the best. We had to reach a middle ground before we could get along.

“In hindsight I feel I was rehearsing more than necessary because it was my first film.

“I learnt from her to be spontaneous. But the fact that we had to be at loggerheads on screen was certainly helped by our constant friction in the sets about our approach to acting.” 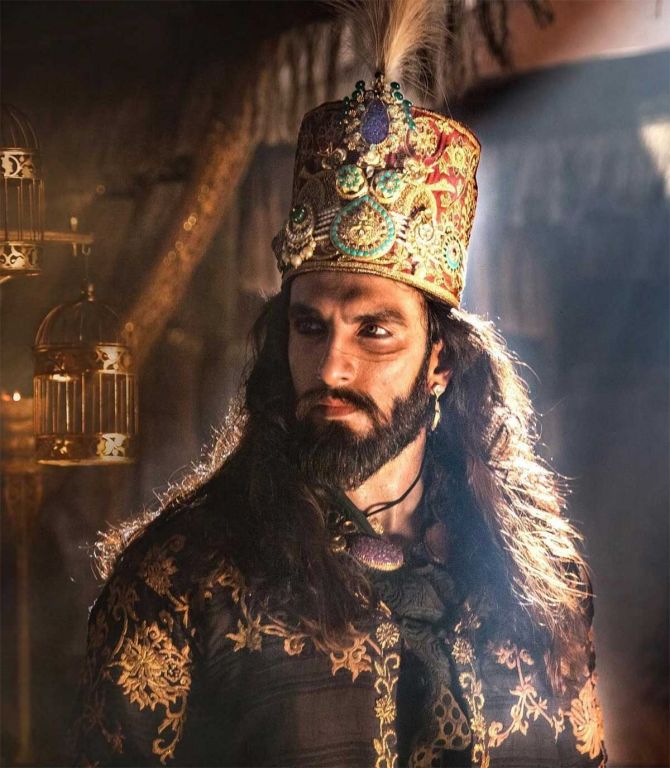 Thankful for the success, Ranveer in that same interview hoped every newcomer gets a supportive co-star like Anushka. As for the rumours about Ranveer and Anushka, the then-newcomer said, “I was too much into my work to even think about those rumours.

“I just wanted to perform well. That was my only concern.

“In fact I was casually dating a girl when that call from Yashraj changed my life. I’ve never been in a serious relationship so far. And now my career has just started.

“I had told my father a long time ago that I’d be an actor. My dream has come true. But my family is not used to the gossip and rumours.”

And to think Ranveer thought of changing his name because there was already a Ranbir around. Ranveer’s superstardom is some day going to be a part of folklore.

He came in from the outside and was considered quite a brash, loudmouthed, exhibitionist.

One extremely influential film-maker called him “another Vivek Oberoi.”

“I wonder what Aditya Chopra had seen in him,” this eminently successful film=maker had wondered.

We now know the answer: The same thing that Deepika Padukone saw in Ranveer.

The brashness and bravado hide a personality that triumphs over all cynicism.

Ranveer is loud, but not shrill.

As in singing, in acting holding your pitch in the higher notes is a Himalayan task.

Ranveer resides on the highest notes of the musical mountain and still manages to be coherent, fluent and persuasive.

Not an easy task considering the tonal inflexions obtainable to a soprano singer singer are denied to actors in our film industry. But then, Ranveer doesn’t listen to any songs that don’t play in his own head.

He is a child of caprice. He will take what he wants without caring about how it makes him look to the outside world.

The operatic maestro Sanjay Leela Bhansali who has done three of his most recent masterpieces with Ranveer in the lead, says he is capable of a lot more.

“In all the three films I did with him, Ranveer took me by surprise.

“As an actor he is constantly exploring, looking for new ways to express his inner-most fears and insecurities.

“He is always restless and inquisitive while shooting. It is difficult to keep up with him.

“Evey time we work together he comes up with a new language of expression.

“I am pretty sure Ranveer has much more to offer as an actor.” 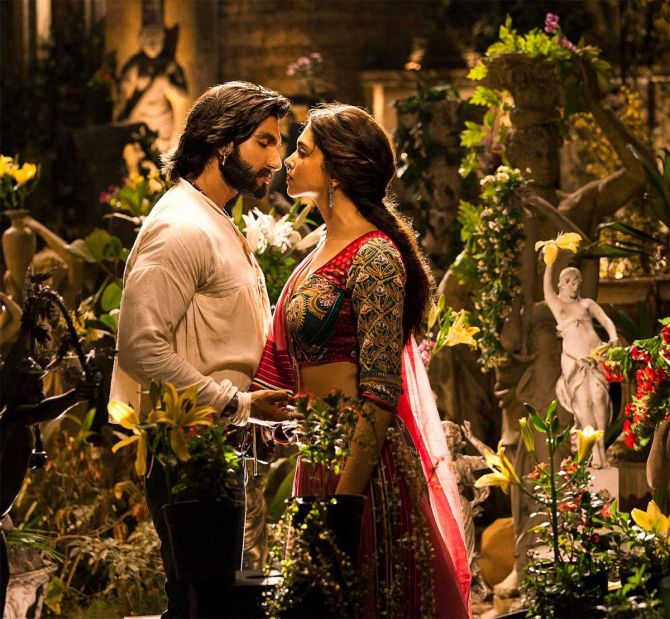 It was on the set of Bhansali’s films that love happened for Ranveer and Deepika.

A love that is yet to be acknowledged in the public domain, only because, well, that’s the way the Lady wants it. And Ranveer, as any of his female co-stars would tell you, is enormously respectful to women.

Anushka Sharma, who co-starred with Ranveer in Band Baja Baraat, couldn’t really come to terms with his brashness.

But even she had only favourable things to say about Ranveer as a co-star and gentleman who is as capable of pulling up a chair for a lady as he is off pulling it away from her.

The gentleman and the prankster are the one and the same.

In spite of his self-confessed atrangi (multi-faced) personality we never need to wonder who the real Ranveer Singh is.

He is all of those colourful people he plays on screen, plus many more characters that he will play in the future.

More power to this colourful actor.

We are sending out powerful social messages with Bala: Ayushmann Khurrana

‘BJP has failed to perform duties of an Opposition’