In a year of overwrought spectacles that slavishly sucked up to the audience, I found refuge in a bunch of ‘mainstream’ Indian films that espoused such old-fashioned values as dedication to craft, close observation and casual bravery, explains Sreehari Nair. Anirudh Iyer’s film is an elaborate joke made funnier by the joke-teller’s genuine affection for the milieu he sets out to rib.

The big zinger here is that the action hero runs into a battery of miscreants whom he may have unwittingly spawned — they are people who have been left lobotomized and desensitised by the kind of pictures Maanav routinely stars in.

We leap into the proceedings because Maanav tries his best to wriggle out of them, and we laugh uneasily when he succeeds in the end.

There are underdeveloped bits as well as overblown bits and they all, somehow, become a part of the movie’s texture.

Tailing Maanav for most of the movie’s duration is Bhoora (Jaideep Ahlawat), a strongman from Haryana, and the Bhoora-Maanav sequences are like a series of coolspeaks that don’t really catch on.

Khurrana is terrific as the serpent hiding behind impeccable manners. And although his character gets the movie’s best line (‘Pehelwan nahi maan raha hai‘), I was disappointed to see Ahlawat turned into a glorified oak tree.

An Action Hero can be best enjoyed if you don’t stop to read it as a commentary on this or that: Iyer is like a cocksure thrills-loving kid who doesn’t strain for subtexts.

It would be interesting, however, to see if there’s more to this young film-maker, if he can achieve greater density of surface the next time around.

It would be interesting, also, to know what his feelings for women are. In the Vasan Bala universe, the nineties is an aesthetic in itself; an aesthetic that is never overemphasized, but one that constantly brushes past you.

Bala’s third is a comedy of anxiety, a Sriram Raghavan-meets-Star-Bestsellers kind of movie, where the difference between life and death is a matter of small degrees.

There’s one scene here that I especially loved.

In it, a pizza delivery guy stops short of becoming a witness to a homicide case because his vision, as it happens, is obscured by the heap of pizza boxes he is carrying. And while the whole movie is ostensibly a tale of hairbreadth escapes and body parts set at a slant, it is held together by a longing for the pop escapism of the near past.

Bala does not attempt to hook you through easy name-dropping; he has a real emotional connection with Doordarshan ads, old video games and the gooey detective serials of his childhood.

I suppose WWF postcards and radium stickers must still mean something significant to our man from Matunga. And so, in this movie — where a band of nimble actors sprint through a sinuous plot — the binding adhesive is nostalgia that scrolls out like a ticker tape. (The spirit of the movie could have been a light verse composed by stringing together elements as disparate as ‘Bole Mere Lips’, ‘Sorry Shaktiman’, ‘It’s-a me, Mario!’, ‘Rukawat Ke Liye Khed Hai’ and ‘Tendulkar c Hick b Malcolm’).

The songs, by the Varun Grover-Achint Thakkar team, are also soft-coded in the nineties aesthetic. Farsh Pe Khade Khade, for instance, sounded to my ears like a cross between a ghazal and a jingle.

But there’s something more that underlies this aesthetic.

Even when the movie ends neatly, there’s this sense of the pop artist discovering that the ground below him has shifted, that he is now graying at the temples.

The Giant Robot T-Shirt that Rajkummar Rao’s character wears in one of the sequences struck me as more than just a wink; it’s also suffused with mild sadness.

Monica O My Darling may be the perfect answer to all those who are calling Bollywood films rootless’.

When you don’t have clear roots, you can always turn to pastiche; for great pastiche is the language of the modern urban vagabond. I have a taste for movies that don’t come across as overly controlled. But this one, I thought, was a triumph of careful, elegant film-making.

It is a movie that has evidently been written and rewritten many times (the script reeks of the midnight lamp), before being taken over by the actors. And that’s the crucial thing to note about Jasmeet Reen‘s Darlings, a comedy set around something as prickly as domestic violence — its subject does not, even for a moment, take precedence over its art and its craft.

Few Indian movies have married flesh-and-blood personages and plot-devices so well; and you don’t feel ‘played’ when a seemingly quirky character all at once reveals depth of perception or years and years of buried pain.

Darlings paints an original picture of Muslim life in a low-rise neighbourhood in Mumbai, and we circle among a series of randomly arrived but well-thought-out details to swoop down on the essentials: The characters played by Shefali Shah and Vijay Verma, with each trying to mind-control the pliant Badru (brought to life by a sporty Alia Bhatt).

Verma’s Hamza and Shah’s Shamshu are like the mad poet and the sharp critic respectively.

You break into an automatic applause every time she tries to singe him with a smile; you cannot help but respond to the pathos that comes shining out of his sour rage. 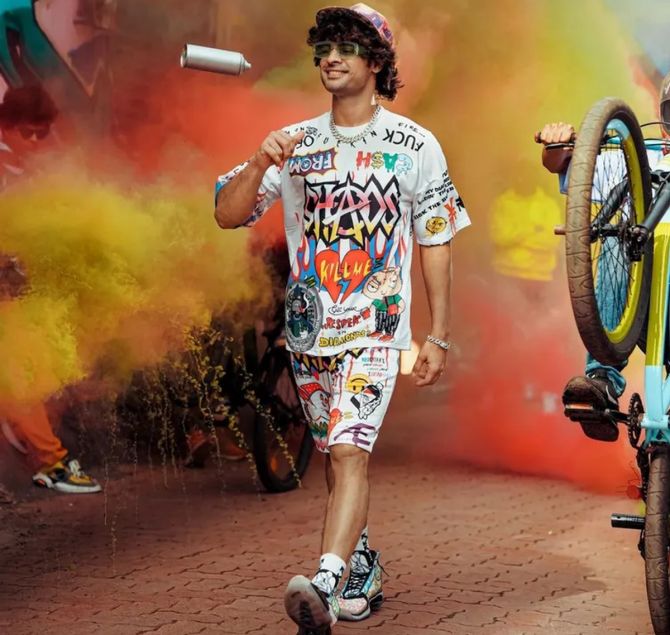 On a fundamental level, Thallumaalaquestions your understanding of what constitutes a well-written film.

Most people, and this includes most reviewers, consider a densely plotted film to be a well-written film. (This explains the Drishyam pictures’ wrongly established reputation as textbooks of screenwriting).

Thallumaala, though packed with chronology games, has hardly any plot movement to speak of. And yet, it’s probably the finest script of the year.

There’s so much happening within each frame of the film.

Sure, the dialogues that double back on themselves are a scream. But even the colours and the costumes and the fight choreographies are born out of credos drawn up in the script — so that every stylistic choice you might attribute to director Khalid Rahman can be viewed as emerging from writer Muhsin Parari’s larger mission statement.

This is also the most architectural of the Indian films that released this year.

I believe our appreciation of great films would be enhanced if we start putting them on the same plane as great structures. And Thallumaala is built on a firm ground (it is steeped in Malabar and its local legends), has a tantalising entryway, a mesmeric spire, airy rooms, fine balustrades, and unforgettable characters shuffling in and out of its lofts and secret chambers — it’s just that you come upon these elements not necessarily in the order you expect.

Parari’s ‘humanity above everything else’ brand of politics is a little too boy-scout-ish for me to entirely appreciate. But here, he channels that line of thought into a medley of remarkably inventive songs (Tupathu and Ole Melody are frivolous and Socratic at the same time).

The film is a collation of ‘just about playful’ and ‘almost heavy’ moods. And the digressions in the narrative, the constant shifts between a comic book outlook and melancholic thinking, are masterly and hold the keys to the film’s charm. When proponents of ‘spectacles’ tell you that there are only eight stories, remember, they are not talking about stories but ‘arcs’.

On the other hand, if you have an artistic bent, the world would appear to you to be filled with stories.

If you we were to recall all those instances from your own life when you had felt something intense or primal, say, fear or confusion, you are likely to discover within those instances a stockpile of memorable stories.

Actor-writer Arjun Lal may have tapped into such an instance from his life, one which endures in his mind as a feeling of pleasure-pain, to come up with the idea for Dear Friend. And Screenwriters Sharfu and Suhas, together with Director Vineet Kumar, show the generosity to not accommodate this feeling inside a palatable ‘arc’.

The result is the least self-conscious film of the year: A film in which memories and wounds seem as fresh as yesterday.

Tovino Thomas has to be the most exciting star in the country right now, and his hunger for evading a set image is reflected in his character Vinod, who ends up betraying the superhero persona his friends build up about him.

This should go down as one of Indian Cinema’s magnificent failures, with a climax that rises in our heads again and again.

As Vinod’s friends walk away from him all stunned and stupefied, it’s a gentle reminder that in every blind alley there are a million stories waiting for their authors.