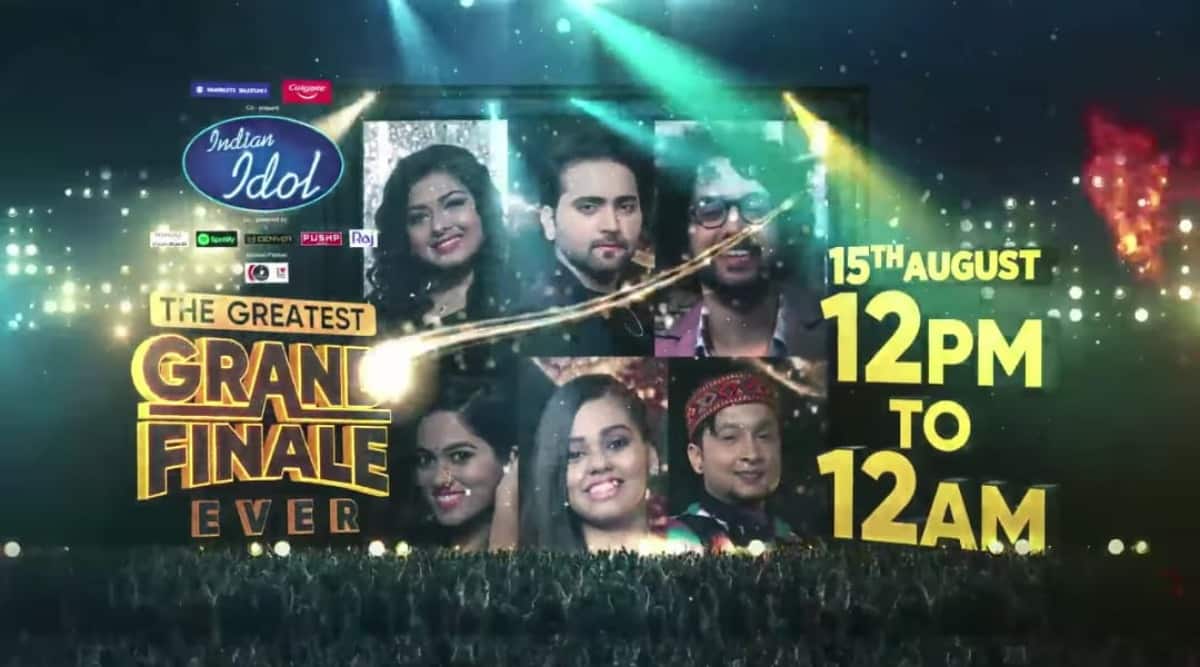 Indian Idol 12 is all set to have a finale in truly grand style. For the first time in the history of Indian television, a show will run for 12 hours. Titled ‘The Greatest Grand Finale Ever’, Indian Idol 12 finale will air from noon till midnight on August 15.

Making the mega announcement, Sony TV’s official social media page shared a video featuring the top six finalists, giving no hint as to who will finally emerge as the winner. The finalists of the season are Pawandeep Rajan, Arunita Kanjilal, Nihal Tauro, Mohd Danish, Shanmukhapriya and Sayli Kamble.

Director Neeraj Sharma, speaking exclusively to indianexpress.com, shared that the team is looking forward to creating history with this magnificent show. Stating that they always had ‘big plans’ for the finale, he said, “If there was no pandemic, we would have hosted the finale in a big stadium, and we are confident it would have been a sold-out show. This season has been loved so much and given it’s the last episode, we wanted to do something really special, and thus the 12-hour episode came in place.”

While the winner announcement would happen live at midnight, the team will be pre-recording chunks for the long episode. “It’s a mammoth task and hence we will be shooting for some performances beforehand. Also, there are going to be a lot of surprises and guest appearances which will make the episode a thoroughly entertaining one,” Neeraj Sharma added.

Given it’s Independence Day, sources share that Army personnel have also been invited to be a part of the episode. Shershaah lead cast — Sidharth Malhotra and Kiara Advani — is also said to join the shoot.

Sharing that the season has been a special one, Neeraj Sharma went on to add, “It has been the longest season, yet we feel it can run for a few months more. The high ratings also prove that the audience is still hooked on to the show. This is going to be the last time they see their favourites perform, and we hope they really like the finale episode.”

Hosted by Aditya Narayan, Indian Idol 12 originally had Himesh Reshammiya, Neha Kakkar and Vishal Dadlani as judges. However, given the rise in Covid-19 cases and shift in shoot locations, Neha and Vishal took a break. Music composer Anu Malik and Neha’s sister, singer Sonu Kakkar have stepped in their place on the show.

Vikrant Massey: Common man has always been the hero

Sacred Games directors on second season: It will happen when it’s supposed to happen

SEE: Why Sridevi refused to work with Amitabh

Tests in Mumbai drop by 50%, can’t be justified, Devendra Fadnavis writes to CM