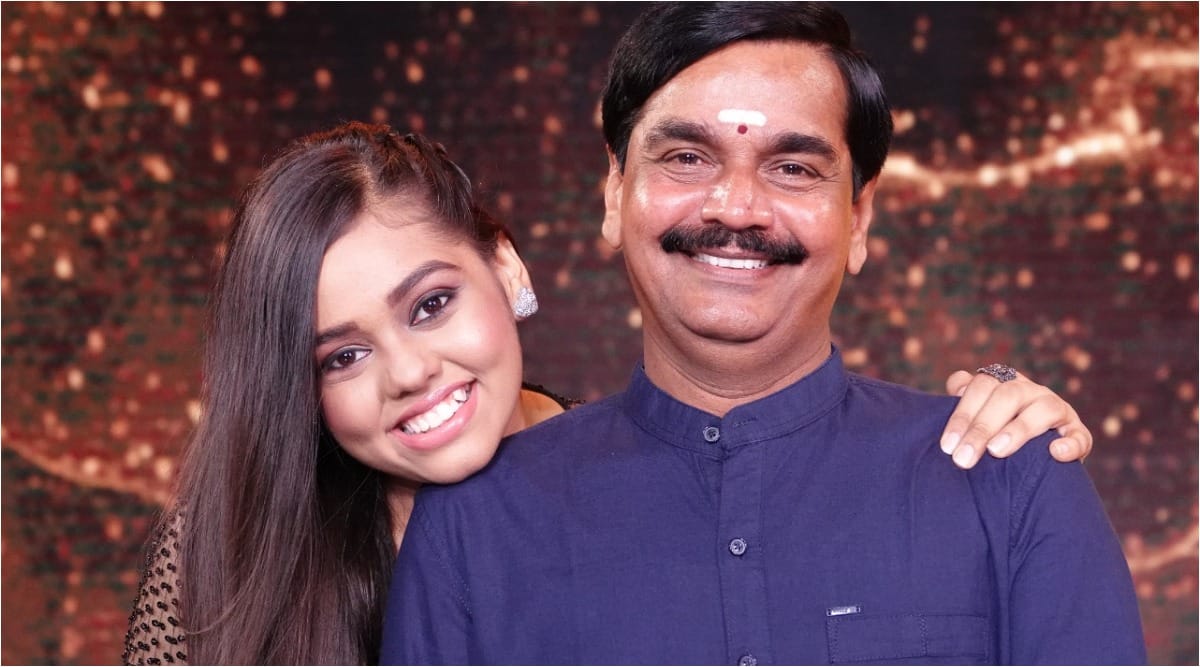 Indian Idol 12’s weekend episode will see the contestants celebrating Father’s Day. The special will have contestants’ fathers visiting the sets and a few emotional moments playing out. The evening will also be special for Shanmukha Priya as she will get a standing ovation for her emotional rendition of Ra.One’s “Bhare Naina”.

The young singer, who has been targeted by trolls on social media for the last few weeks, is left teary-eyed as judges appreciated her singing. In a video clip shared by Sony TV, as soon as Shanmukha finishes her performance, judge Himesh Reshammiya lauded her on performing a classical number so effortlessly. He said, “You have performed the song so beautifully. I found myself being completely engrossed. Not to forget, it is the first time you have sung a classical song on this platform, so hats off to you for pulling it off so flawlessly.”

Popular lyricist Manoj Muntashir, who has joined the show as a guest judge, also added that this performance will silence her critics.

Shanmukha Priya’s father was invited on stage by host Aditya Narayan. After they shared an emotional moment on stage, the team got them to shake a leg on Himesh Reshammiya’s latest single “Suroor Tera”. In a statement, the young contestant said that she was overjoyed with all the praise that came her way. “This is a dream come true. Getting a standing ovation from the industry stalwarts is an honor. The cherry on the cake being, I was able to live this moment with my father by my side. My happiness knows no bounds,” she shared.

Shanmukha Priya has been one of the most trolled contestants of this season. Social media users have been demanding her eviction for a long time, claiming that more than ‘singing’ she ‘shouts’ during her performances. Judges, however, have supported her ‘different vocals’ and called her one of the stars of the reality show.

The upcoming episode of Indian Idol 12 will also see Sonu Kakkar and Anu Malik joining Himesh and Manoj on the judges’ table.

When must you educate your kid about sex?