It’s time to open up the Bifrost and journey across the Nine Realms for a trip down memory lane with Thor. As the Marvel Cinematic Universe continues to expand by the second thanks to the impending arrival of the X-Men, continuing box office success with Avengers: Infinity War and Ant-Man and the Wasp, and high hopes for Captain Marvel/Avengers 4, some are rightly asking if anything will ever topple Kevin Feige’s world from grace.

Heading back to 2013, the MCU had a rare blip as Thor: The Dark World premiered to a lukewarm reception. With Kenneth Branagh out and a troubled production process that once featured Wonder Woman’s Patty Jenkins at the helm, Game of Thrones legend Alan Taylor still has a mountain to climb to convince fans that his movie doesn’t deserve to be part of a Thanos-style ‘finger snap’. Five years on, and as Taika Waititi circles a possible Thor 4, here’s why everyone should lay off Thor: The Dark World.

It isn’t actually that bad.

They say that the figures speak for themselves, and at 66% on Rotten Tomatoes, Thor: The Dark World is officially the lowest-rated MCU movie to date. However, placing just 1% behind Louis Leterrier’s maligned The Incredible Hulk, ask yourself what you’d rather sit down and watch on repeat.

Also, let’s look at 66% compared to other superhero movies. From Spider-Man 3 (63%) featuring Topher Grace’s goofy Venom to X-Men: The Last Stand (58%) failing to rise from the ashes of the Phoenix, The Amazing Spider-Man 2 (52%) and the DCEU’s suicide mission with Suicide Squad (27%), not to mention Halle Berry’s Catwoman (9%), all of the above trail behind The Dark World. Someone always has to be bottom of the pile, and the MCU is no exception.

Before anyone says “duh”, there is no escaping that Thor: The Dark World lived up to its dark moniker. However, it wasn’t just the inclusion of Dark Elves that made the movie a more macabre entry into the MCU.

Watching this year’s Avengers: Infinity War, there was the striking moment that Rocket and Thor discussed all that the God of Thunder had lost. Thor’s mother, father, brother, and best friends have all fallen over the course of the Odinson arc – it started with The Dark World.

Rene Russo put in another legendary performance as Frigga and gave the movie a heart with her poignant swansong. The MCU may have been criticised for avoiding big deaths, but alongside the likes of Quicksilver and the Starks, Frigga was one that stuck.

It was still funny 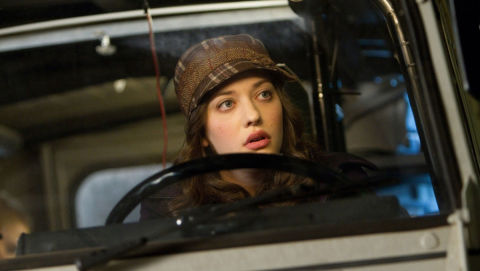 As well as a serious entry to the MCU before the franchise really embraced its comedy roots with Guardians of the Galaxy and Ant-Man, Thor: The Dark World still had lighter moments.

Love or loathe her performance as Darcy, Kat Dennings stuck the full power of her lungs behind Thor: The Dark World to become a memorable co-star. There was also plenty of visual comedy – Thor hanging up his hammer on a coat hook – and jibes between the warring Odinson brothers.

Elsewhere, Stan Lee’s typically brilliant cameo and that wonderful “Can I have my shoe back?” line linked to Dr Selvig’s story instead of just being a throwaway. Dare we say it, even Natalie Portman’s stiff role of Jane Foster even managed to crack a smile here.

Loki was at his trickster best 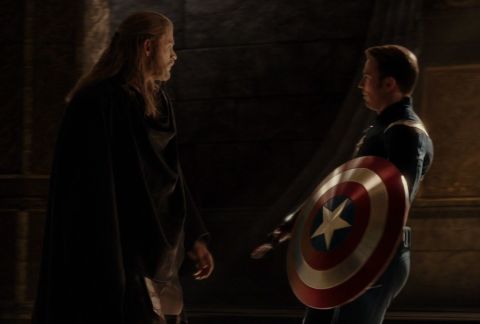 It may be a controversial statement to make, but just as many fans watch the Thor movies for Loki as they do the man himself. A buddy movie of sorts, The Dark World combined the performances of Hemsworth and Hiddleston as it sent them across the galaxy.

Hiddleston is made to play Loki, and just as Hemsworth found his feet in the sequel, both men seemed more at home in their roles. The Dark World kept audiences on the edge of their seats as they wondered what the trickster god would do next. Loki’s fake-out death may have robbed The Dark World of another heartbreaking goodbye, but at least it put the pieces in place for Hiddleston’s snivelling best in Thor: Ragnarok and THAT big scene at the start of Infinity War.

All of this is before we even get to the movie’s finale and the jaw-dropping reveal that Loki is posing as Odin. This annoying cliffhanger left everyone scratching their heads over what the F was going on until Ragnarok, but it was worth the wait.

While no MCU movie is pointless, some have more of a bearing on the future of the franchise than others. Sequels like Iron Man 2 and Captain America: The Winter Soldier may be remembered more fondly than The Dark World, but did either of them introduce an Infinity Stone?

The red Aether, aka Reality Stone, isn’t as powerful as some of the others but it was the driving force behind The Dark World‘s storyline and Malekith’s motives. A CGI-laden Christopher Eccleston wasn’t given a lot to work with, but most can agree that Malekith is more fleshed out than someone like Ronan the Accuser. 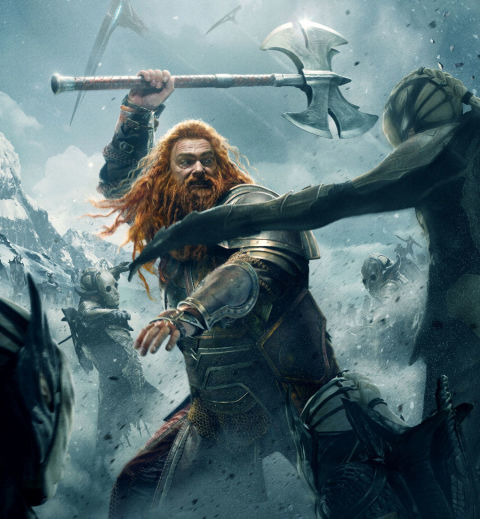 As well as being the final time that Jane Foster was part of the MCU (for now), Anthony Hopkins was great as reformed warlord, Odin. Chris Evans even snuck in a Captain America cameo and The Warriors Three actually got to do something.

All in all, Thor: The Dark World is remembered for being a well-rounded MCU ensemble that features some of the series’ greatest actors. Considering the movie only introduced the one-shot Malekith and Benicio Del Toro’s The Collector, it largely relied on already established characters.

With the Russo Brothers taking us to the end of Phase 3 and Feige already mapping out where legacy characters like Thor, Captain America, and Iron Man go next, Thor: The Dark World neatly fits into both the history of the MCU and the hammer-throwing hero himself.

Has the X Factor already found its 2018 winner?

The quest for a simpler and more efficient GST

How loneliness is affecting the Indian youth