‘It would have been easy to play Danny like a bad guy, but then, at the end, the audience might well have said, “Why is Latika still stuck with this ass**** when he is giving her so much grief?”‘

That fine actor Arshad Warsi should be seen a lot more, and in better roles.

So, when an hour-long short, Cutting Chai, in the Amazon Prime Video anthology, Modern Love Mumbai, offered him a character with different shades and a waltz at the end, Arshad — who began his career as a dancer — came up with a heart-melting performance.

In a freewheeling conversation with Rediff.com Senior Contributor Roshmila Bhattacharya, Arshad says, “I found this simple, beautiful, story very relatable because it dwells on emotions every woman faces because she puts her desires on the backburner for the family. I see it happen in my home, in every house, all the time, and I just had to be a part of it.”

The first part of a lively interview:

Your character Daniel in Cutting Chai is always running late. Are you like that in real life?

But if it’s a party, an informal get-together with friends, I don’t care if I am 10-15 minutes late.

I think with men, punctuality is a matter of priority while women know how to strike the right balance.

But men will choose, yahan time pe jana hai aur yahan chalta hai (I should be on time at this place while at the other, I can take my time). 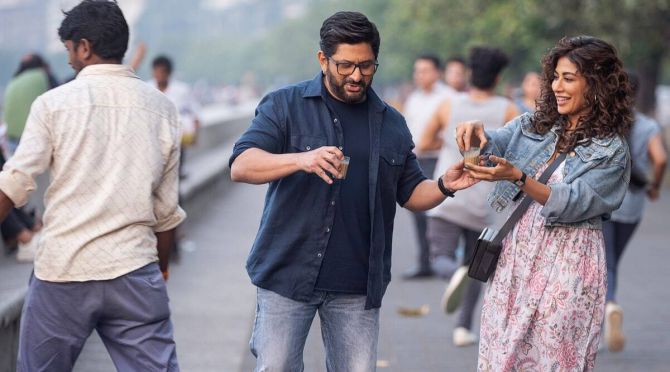 Daniel is perpetually late and at times, a chauvinistic ass, yet he manages to woo not just his wife Latika, but the audience too.

(Laughs delightedly) Yes, going by all the compliments that I have been getting, Danny has been liked despite causing trouble and riling people.

Recently, Sharmila Tagore made my day by telling me how good she found me to be in Cutting Chai while Naseersaab (Naseeruddin Shah) said, ‘Miya — he calls me that — tumne kuch alag hi acting kar di, yaar!

The appreciation makes me happy because when it comes to acting, I always strive for a balance.

It would have been easy to play Danny like a bad guy, but then, at the end, the audience might well have said, ‘Why is Latika still stuck with this ass**** when he is giving her so much grief?’

I wanted them to say, ‘No matter how much grief he gives her, Danny is still the best man for Latika’ even if I had to work a little extra for this reaction.

(Laughing) I’m as far from Danny as I was from Circuit in the Munnabhai series.

But I found this simple, beautiful, story very relatable because it dwells on emotions every woman faces because she puts her desires on the backburner for the family.

I see it happen in my home, in every house, all the time, and I just had to be a part of it. What was your wife’s reaction to the character and the episode?

Maria knows what I am like at home, and she loves my job, my work.

She can be very critical, but she is also honest.

She often says that she never doubts that I will do a bad job because she can see how hard I work on every role.

Since unpunctuality is not one of your vices, what is your wife’s constant grouse against you?

Maria is a perfectionist.

Everything has to be bang on and to the T, while I’m always chilled.

If the kids don’t do something right, she gets hyper while I’ll be like, ‘It’s okay yaar, it doesn’t matter, bade ho jayenge to sudhar jayenge (Once they grow up, they will turn out right).’

She doesn’t like this attitude of mine or the fact that I love good food and gets upset because I don’t look after myself.

(Cutting in with a laugh) Which, trust me, is not a good thing.

Thankfully, we have a person to cook the daily — mostly vegetarian — meals.

Maria only cooks sometimes, like during Christmas or the kids’ birthdays or when friends come over and we end up sitting in a big, sanitary place and eating the most irresistibly delicious gourmet meal. 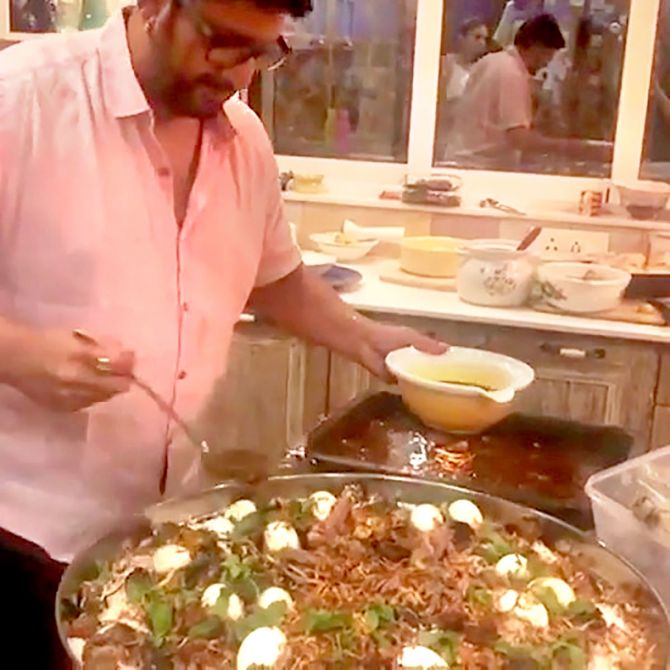 You are also a cook, right?

Yes, I’ve been cooking all my life. For me, cooking is meditation and relaxation.

Friends are always requesting me to make Halim, Kheema and Rann Biryani for them.

Yes, she developed a desire to learn cooking from watching me in the kitchen.

She got into baking first, spent five-six months in Paris, and three-four months in London, learning cordon bleu dishes.

As I mentioned, she is a perfectionist and when she starts on something, she goes at it till she has learnt it well. The waltz at the end of Cutting Chai made us remember what a wonderful dancer you are and how long it’s been since we saw you dance on screen. Why haven’t you done a musical yet?

(Sighs) Simple. I was never offered one.

No, actually a director-friend, Raj Kaushal, who passed away recently, did approach me once for a musical, but the project didn’t happen.

Maybe I’m old-fashioned, but I believe dancing should be beautiful and graceful, and make you feel good.

It should not be jerky and jumpy. It’s not a fight sequence.

It should slow down your heartbeat, not increase it.

(Laughs) Imagine if instead of a waltz, I broke into a break dance at the end of Cutting Chai.

You once choreographed songs, including the title track of the 1993 Anil Kapoor-Sridevi starrer, Roop Ki Rani Choron Ka Raja?

I did not choreograph the song, but the titles at the beginning.

All that happens in the backdrop as the title credits roll was done by me.

The visuals of the train, the diamonds being robbed, the guns and the pigeons, tell you the story even before the film starts.

And that’s the only song titles I choreographed. 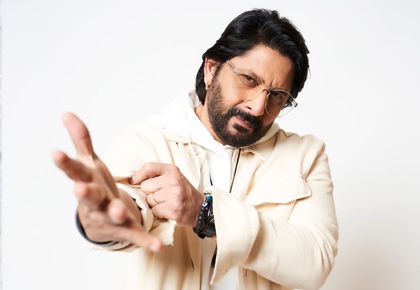 These Are the Must-See Movies of 2019